Adryan is a smart and athletic 13-year-old boy who hopes to find a loving family. 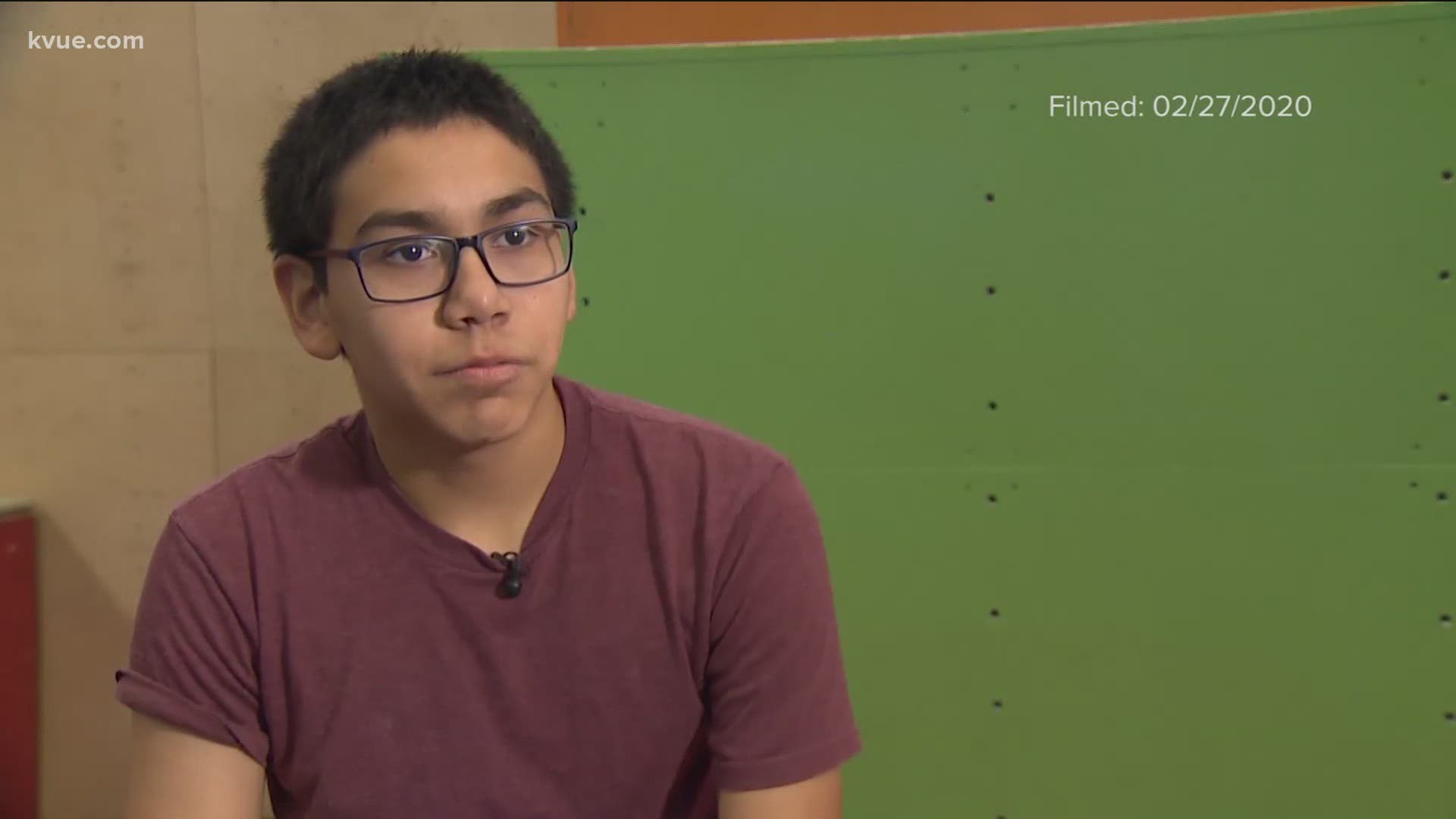 AUSTIN, Texas — At just 13-years-old, Adryan, or AJ, is a boy on a mission. He has dreams in life, and with his smarts, athleticism, hard work and drive, he is well on his way to reaching them.

The one thing he does not have is a family to call his own, not yet anyway. When asked about what he is looking for in a family, his answer was quite simple:

"For someone who cares about me," he said.

AJ hung out with KVUE's Tori Larned for a couple of hours at Tumble Tech in February. He was shy at first, but she said his personality shown through from the start. He quickly opened up within just a couple hours of being together.

#UPDATE: For months, our team at KVUE has been working on a new segment with Partnerships for Children called 'Forever Families.' It got delayed because of COVID-19, but I'm excited to say it is finally airing! Every week I get to hang out with a child in foster care, learn about them, and then share their story in hopes of helping them find a forever home. It all starts tomorrow on KVUE #Daybreak. Here's a sneak peak of my time with AJ at a parkour gym back in February. He was quite the athletic kid. Make sure to watch at 6:30 a.m.

He loves to play sports, especially basketball and football. He enjoys playing pick-up with friends but wants to join an organized team soon. Someday, he dreams of playing sports in the big leagues.

In the classroom though, he strives for even more. AJ excels in academics. He has all As and said math is his favorite subject.

"I just like working with numbers, since you’ll need it in life," AJ said.

He is going into eighth grade. Once he finishes high school, he plans to go to college.

AJ has three siblings. Amanda Apperley, his CPS adoption caseworker, said he sets a strong example for them.

"He has enjoyed being the big brother and showing them kind of how to do things. He definitely is a leader in that way," she said.

He also likes to explore the opportunities he has never tried before. Most recently, he helped raise a baby goat that he showed at a livestock show.

But like any kid, he is not always on the move. When he is not playing sports or hanging with friends, AJ likes to watch TV or collect Pokémon cards.

AJ is also cooperative and respectful. Apperley has high hopes for him and said he needs a family who will keep encouraging him in life.

“He really needs a family who’s active and who can help him reach his potential," Apperley said.

Even while he has made the most out of life so far, he hopes a Forever Family will bring him in so they can enjoy the ride together.

"AJ, like all of our kids, needs a spot to belong," said Apperley. "He needs a family that he can rely on, that loves him unconditionally, not just until he’s 18 but until he’s 70. All our kids deserve to have that and AJ certainly does.”

If you would like to learn more about AJ and adoption, visit his page on the Central Texas Heart Gallery website.