In this week's Forever Families, we get to know Cole, a 14-year-old with a love for the outdoors and books. 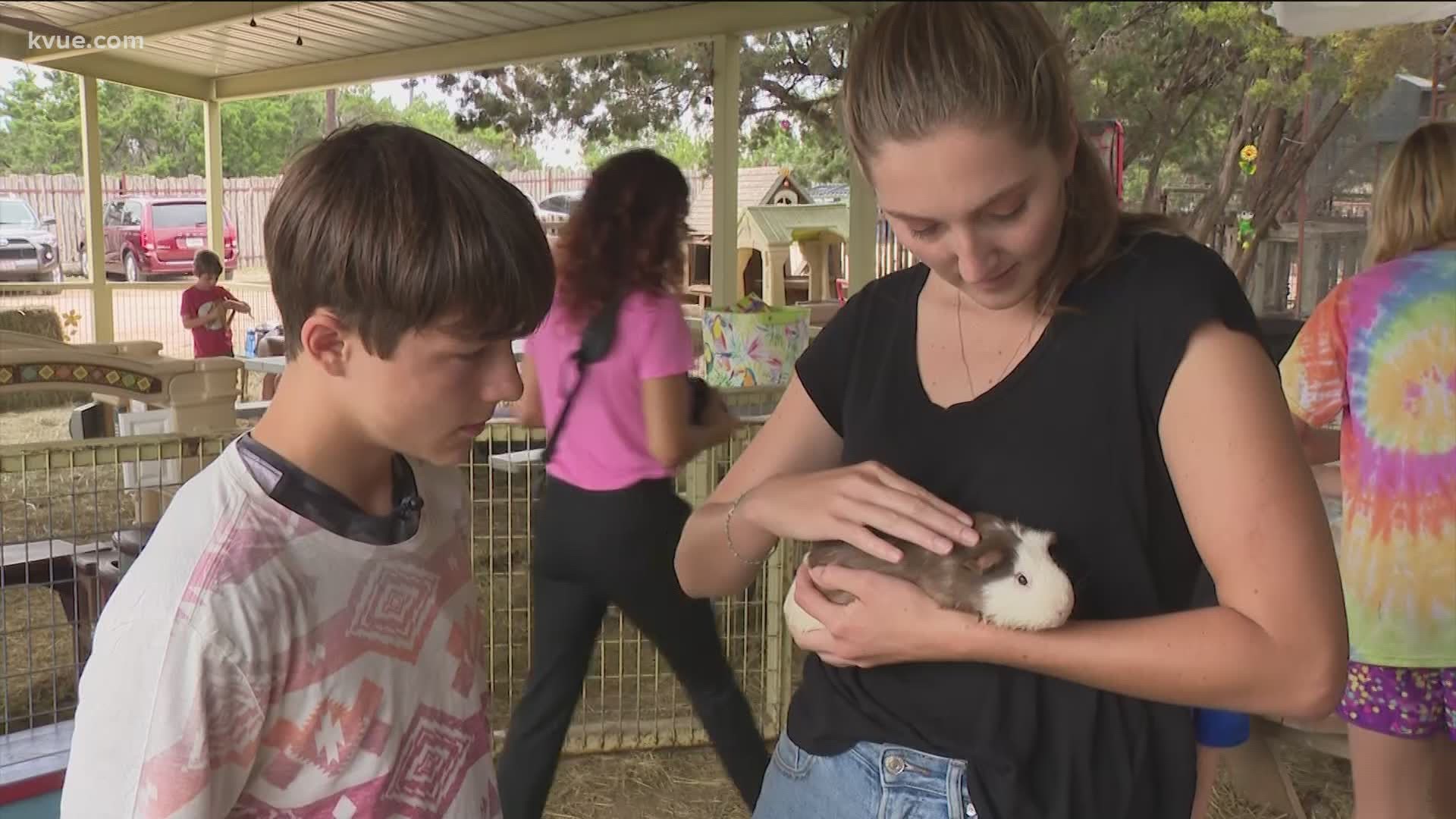 AUSTIN, Texas — From cool critters to creepy crawlers, Cole is not afraid to get down and dirty holding and petting them all.

The adventurous and brave 14-year-old spent a morning with KVUE's Tori Larned at Carly's Critter Camp, where they got to interact with a bunch of cool critters and farm animals.

While Cole insisted he was not going to pet the snakes, by the end of the day, he could not put the python down. He even held a tarantula too!

"I don't know. I just wanted to hold them, so I held them," Cole said.

That is Cole's go-getter attitude shining through.

While he loved holding the kittens, guinea pigs, chicks and hedgehogs too, he likes holding a book even more, particularly fantasy novels or Greek mythology.

Cole said he reads about eight a week, especially when he has access to his school's library. His favorite thing about reading is letting his imagination wander.

"You can picture stuff in your head," he said.

When he is not immersing himself in a book, he also likes to play sports – especially football – watch movies and go to school.

Cole enjoys all his classes because he loves learning new things, but if he had to pick, he said math is at the top. He wants to be a graphic designer or work with animals, and he is honed in on going to college so he can succeed.

Until then, he likes to learn a lot from his friends and the people around him.

"I can teach them stuff, and they can teach me stuff," Cole said.

His CASA volunteer describes him as “thoughtful and heartfelt” and someone who writes thank you cards. He is also a polite, respectful and active boy.

While Cole knows where he is headed next in life, he could learn even more with a forever family by his side. Cole’s forever family needs to be understanding and encouraging. They should also encourage his variety of interests and share his desire for outdoor family adventures.

He would thrive in a family that is nurturing, consistent and values one-on-one time to build strong connections. Cole would do well with older siblings or as an only child.

To learn more about Cole or to put in an inquiry to adopt him, visit his page on the Heart Gallery of Central Texas.

KVUE launched the Forever Families segment with Partnerships for Children (PFC) in June 2020 to highlight children in the Heart Gallery of Central Texas who need secure and permanent families. Every day, there are nearly 1,000 children waiting to get adopted in Central Texas, according to PFC.