Family mourning, SAPD looking for clues after finding body dumped under I-10

Family and friends lay blessings on the ground at the spot where they say 21-year-old Jahvahn Lewis was found shot to death late Sunday. 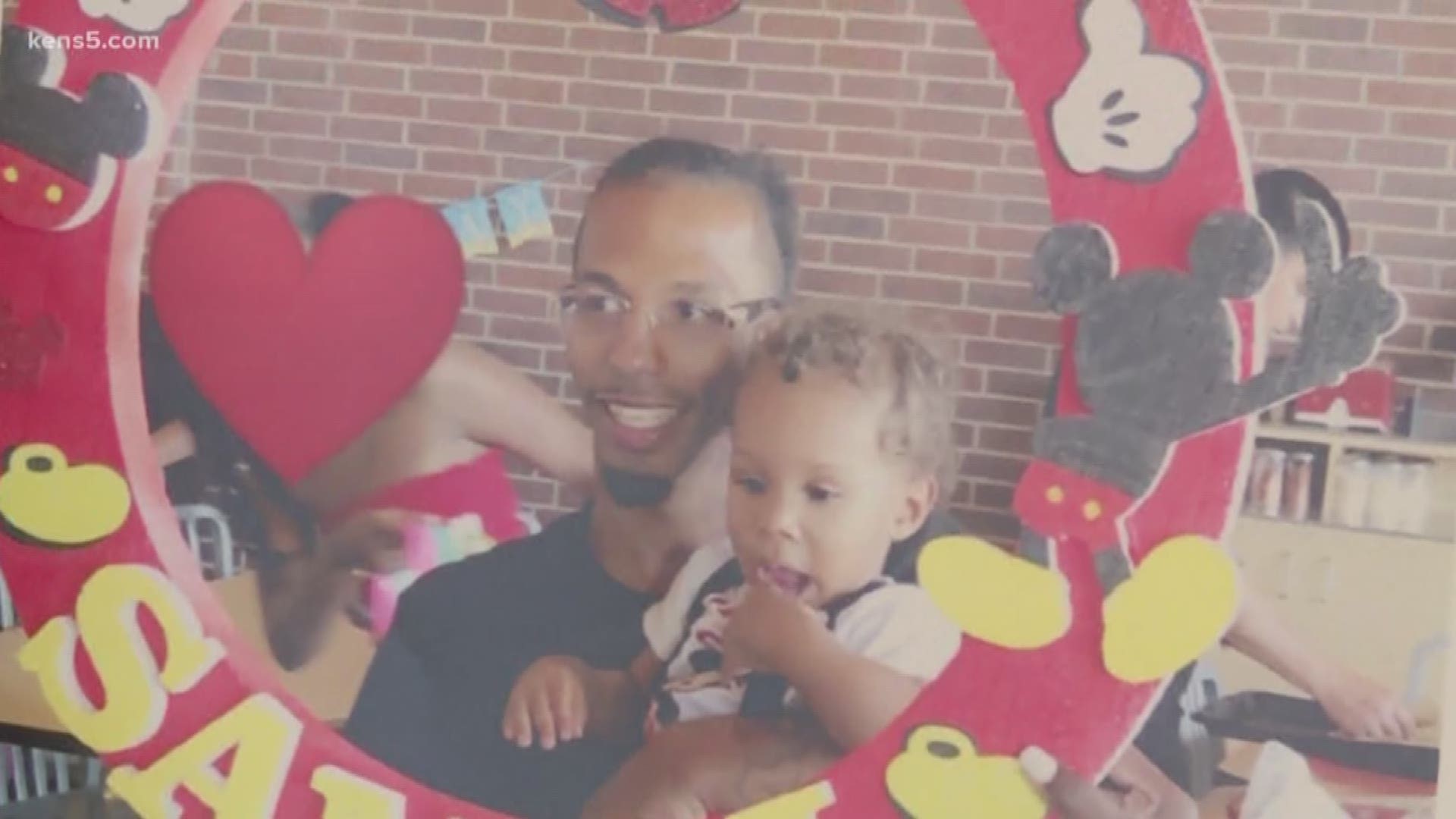 SAN ANTONIO — Vanessa Abdella and her friends squatted in the afternoon heat Monday, gently rubbing the moist dirt in the gutter on Aransas Street under I-10. They patted the spot where she said police found the body of her baby brother Sunday night.

San Antonio Police said the victim was found dead shortly before midnight.
The Medical Examiner has not confirmed that 21-year-old Jahvahn Lewis is the man who died, but family members said they know the awful truth.
Abdella said investigators told her Lewis had been shot in the face multiple times.

"For someone to be close enough to him to have face shots, he knew them. He trusted them, because my brother was heavy out here. He knew who they were," Abdella said.

Like so many other east San Antonio loved ones have done before, friends and family members gathered at the spot to share hugs and tears.
One woman held one-year-old Samaj, a boy who will now grow up without his father.

Abdella said many people called her brother ‘Alpine’ because of his fondness for a popular brand of sound equipment. Using thick, black paint, they left messages on the bridge pillars "We love you Alpine," surrounded by flowers and candles.

They brought heartbreaking photographs of better days and balloons. Sharing a picture of a recent birthday party for Samaj, they said Lewis had one of his happiest days ever.

As they passed a bottle of Lewis' favorite drink, Hennessy Cognac, they shared some and splashed some on the spot where his body was found.

Abdella believes he was shot in another location and dumped under the bridge, which is known in the neighborhood as an eyesore that is usually decorated with abandoned mattresses and the remains of dead pets. Police said they found shell casings both near the body and scattered across the street, but Adbella said neighbors believe he died elsewhere.

"They made it look like it happened here, but nobody heard gunshots. The detective even said there was no reports of gunshots in this area," Abdella said.
The grieving sister said there are other questions as well.

Abdella said Lewis was practically blind without his glasses, yet they were not found with his body.  And Abdella said her brother would not have been without his car in a dark and dangerous isolated place. "We know that he would not walk at nighttime, especially with no car. He's not walking around the corner. He's going to call somebody to come get him. He knows better," Abdella said.

Abdella agreed that her brother was no stranger to trouble, confirming his extensive criminal history, but she said they grew up with parents who were constantly in prison, and they had no positive role models. "We never had a chance," Abdella reflected, adding the loss has left her reeling. "And I don't have no family, so I've never had to experience anything like this before, knowing that I would never get to hug him, or see him, or talk to him or hear his voice again. Never. I've never felt this before" Abdella said.

There have been near death experiences before for the young man, Abdella said, explaining that he had been shot in three different incidents in the past.
Abdella said because his body was hard to identify because of the bullet wounds, she described his tattoos and scars.

"He's been shot three times before. He has a scar on his stomach from when they had to put tubes in his stomach and all that," Abdella said, adding the last attack scared her so badly, she had his name tattooed over her heart, knowing she might lose him.

Police have released little information related to the attack.  They said the body was discovered by a passerby.  There have been no arrests. Funeral arrangements for Lewis have not been announced.

Rare Friday the 13th full moon to appear this week