The intimate ceremony was at the Grotto Sanctuary of our Lady of Lourdes. Andreen McDonald's family was front and center at the prayer service. 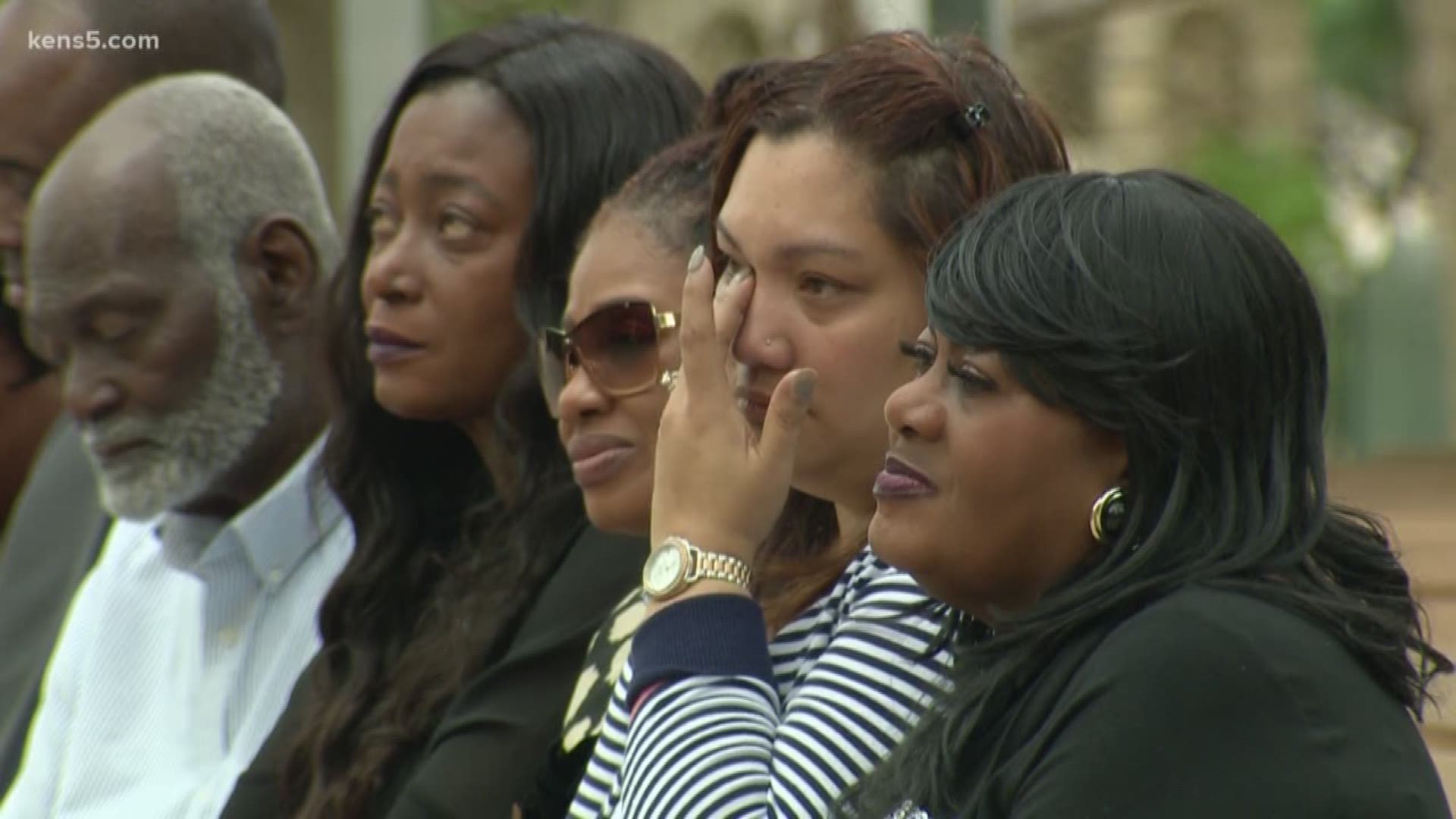 SAN ANTONIO — A missing mother believed to be dead was honored Sunday at a vigil. The emotional service focused on the life of Andreen McDonald as well as the fight for justice.

As of Sunday night, her husband Andre McDonald is still in jail in connection to her disappearance.

The intimate ceremony was at the Grotto Sanctuary of our Lady of Lourdes. Andreen's family was front and center at the prayer service. They heard stories from friends and strangers who were touched by the 29-year-old businesswoman who is still missing.

Joseph Spencer organized the vigil and said it doesn't seem real that she is missing.

Dr. Dee Dee Aspell said she was a woman who gave so much. She served on the Center of Independent Living Board of Directors with McDonald. "Her life was cut short when she was doing so much good for human kind, and for her local community," she said.

Investigators believe McDonald is dead. For several days, crews have been out looking for her body. According to investigators, her husband has refused to help them find his wife.

"We want her husband to come forward and just give us answers," Spencer said. "So, we can all come to rest with this."

"I hope he experiences God's mercy as much as he can," Aspell said.

Reverend Katrina Ornelas knows the pain of losing someone unexpectedly. Her husband, Nicholas Ciarrocchi, was murdered nearly two years ago. And to this day, his killer still hasn't been caught.

"My passion, all of a sudden, is justice for this beautiful, vivacious powerful woman," she said. "So, it did hit home."

"So speak up," she said. "There is nothing to be ashamed of. Somebody is being abusive, verbally emotionally or psychologically? We need to stand up and be there for each other."

On Sunday night, the Bexar County Sheriff's Office told KENS 5 there is no search planned for Monday. Investigators ask anyone with information on Andreen's disappearance to contact them.

Deputies said any future date on a search would be announced on the BCSO Facebook page.