Divorce rates are reportedly climbing in China amid the coronavirus crisis. Is the US next?

Many couples' relationships have been strained as most of the city remains mostly cooped up inside. 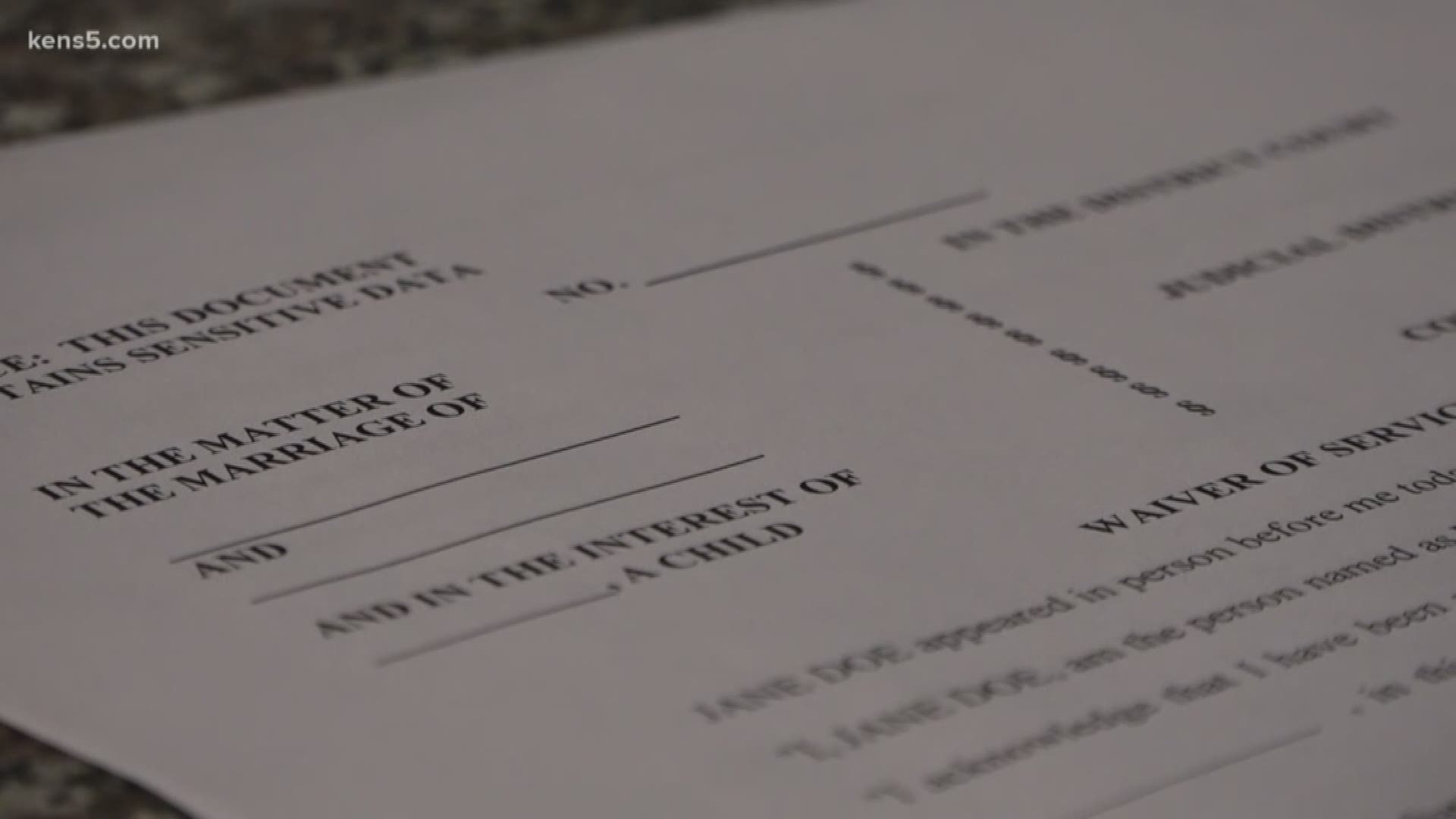 SAN ANTONIO — The ongoing coronavirus pandemic has pushed the Alamo City through some of its toughest times. For some relationships, it's proving to be the tipping point.

The same has been happening half a world away. Divorce rates are reportedly starting to climb in China after the stay-at-home order was lifted.

While Mora isn't surprised about the uptick in China, he said he doesn't believe the U.S. is in for the same trend.

"I'd anticipate not necessarily a spike like they're seeing in China, but I would definitely say that there would be divorces based on being quarantined and being stuck at home," he said.

Mora says a slew of reasons are given for divorces, but as of lately there have been commonalities.

"We have heard several calls from domestic violence," he said. "People being stuck at home, the tensions are rising the financial difficulties are there, there's really not any place for them to go to, you know, cool off. So we are seeing an uptick in domestic violence cases."

Mora says Bexar County has left the courts open so you wouldn't have to wait to file. But he does have one piece of advice for those feeling a real strain on their marriage.

"If you were happy pre-COVID, try and find something to distract yourself," he insisted. "Go out in the garden, jump into a video game, read a book. What people need is a break from each other, so they have to find ways to separate from each other while they're still at home."

RELATED: 'It feels like it’s something personal': Tattoo shop owner frustrated at not being able to reopen and not knowing when he can

RELATED: 'The danger needs to be known': In the span of a month, an SA woman lost her mother and two sisters to the coronavirus

RELATED: What's that behind you? On virus-era TV, home backdrops star