At a general conference earlier this week, the church rejected a vote to recognize gay marriage and gay ordained clergy members. 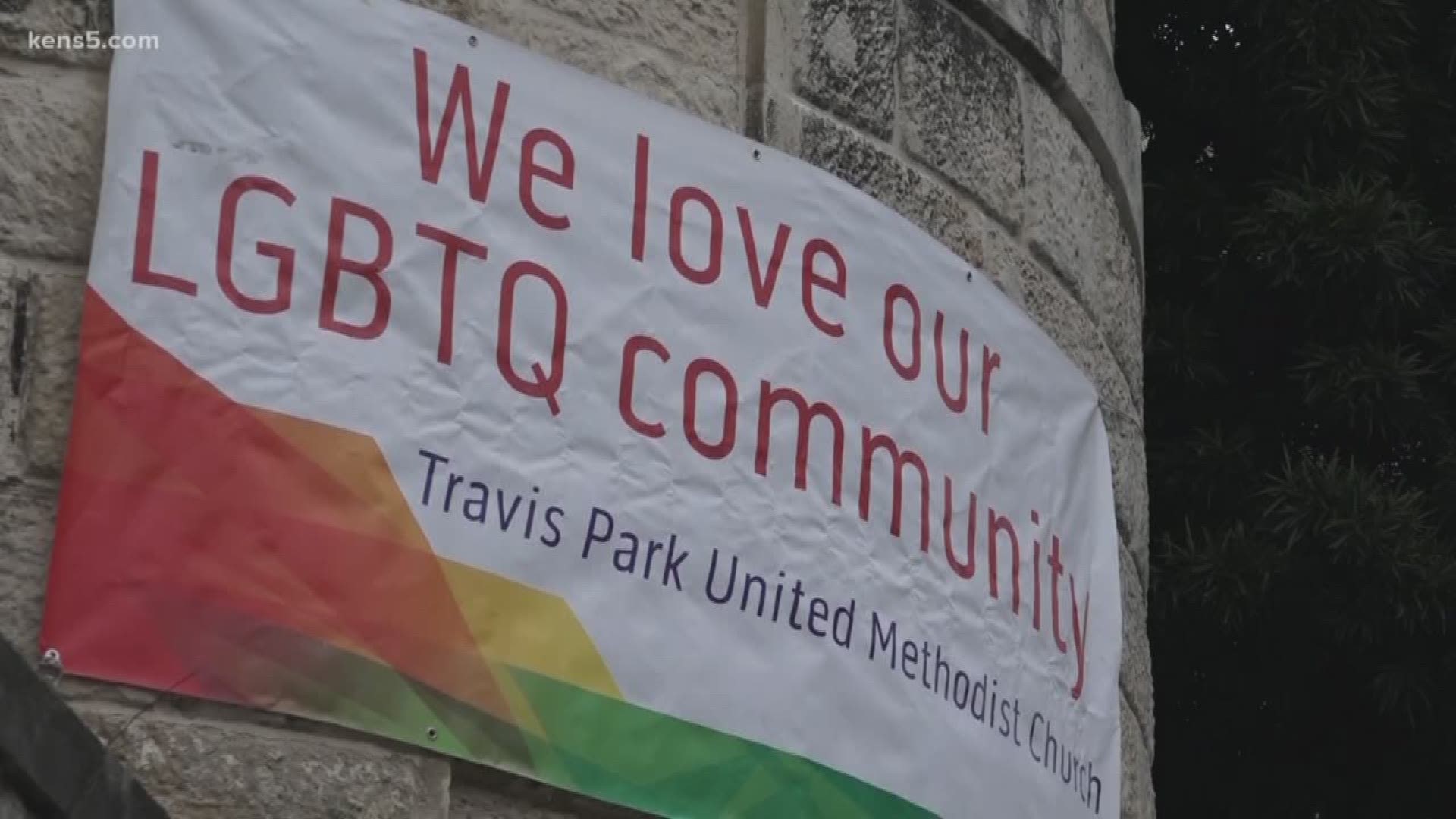 A sign welcoming the LGBTQ community remains up at Travis Park United Methodist Church, but the mood inside has changed.

"It's difficult," senior pastor Eric Vogt told KENS 5. "I feel like I don't have all the words yet. People we love are feeling hurt and the church is clearly very divided and wounded."

Travis Park UMC was a church that was in favor of recognizing gay marriage and gay ordained pastors, but globally, the United Methodist Church voted down the idea earlier this week.

"I think it's challenging for people to continue to devote themselves to a community when they've been hurt in this way," Vogt said.

A challenge that holds true at Trinity United Methodist Church, where they've already lost a member.

"I already had one person withdrawal their membership from the church this morning as a result of this vote," Pastor Bob Clark from Trinity UMC said. "I think this vote is going to have a very large negative impact."

An impact Rio Texas General Conference did not want to comment about on Wednesday. The group represents all South Texas UMC churches. But other congregations, like Coker UMC, which didn't take a stance ahead of the the vote, stressed the importance of unity.

Coker sent KENS 5 a statement on Wednesday that read, in part, "we open our doors, our hearts, and our arms to all people."

"There's a place for you at the table and more than that we need you," Vogt said.

The judicial council within the United Methodist Church will look at the constitutionality of the plan that was passed.