“You can’t ‘B.S.’ God, because he knows all the crud you’ve done and wants you to just be real with Him,” attorney Nico LaHood said. 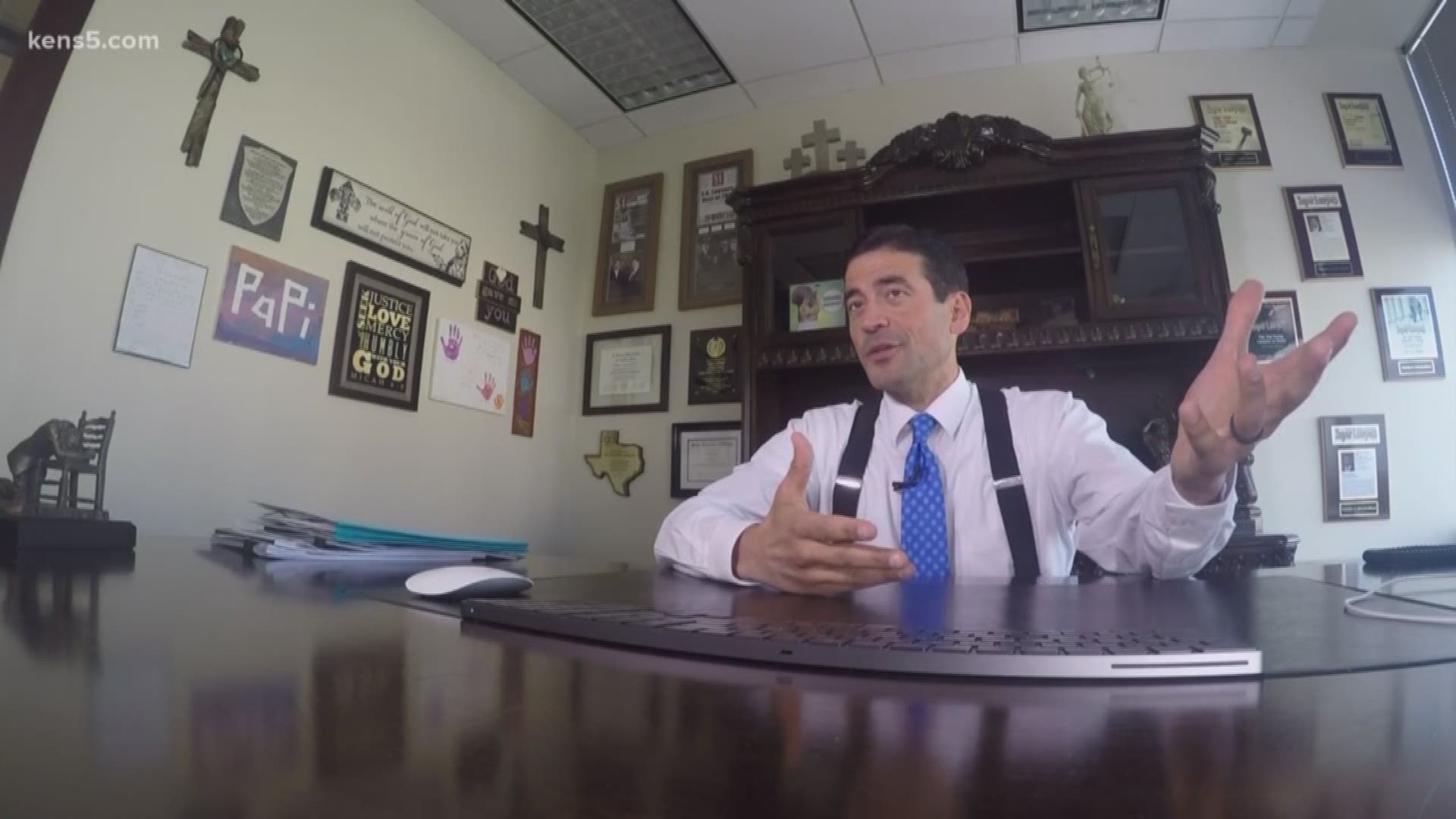 SAN ANTONIO — After nine years of leading men’s Bible studies offline, former Bexar County District Attorney Nico LaHood is going live with his unfiltered gospel message. 'R-Rated Christianity' is a podcast set to launch Thursday, May 16 at 8:30 p.m. on Facebook. The controversial title of the show was no accident.

“That Bible is R-rated, because it’s dealing with people wrapped in this stuff called flesh,” said LaHood. “We just have to be real and not put on a show for people, and Jesus meets us where we’re at.”

LaHood is known for his passionate and raw communication style. His method is consistent, whether he’s presenting a case in a courtroom or preaching the scriptures in a Bible study.

“Social constructed words are not a sin,” he said. “I promise you, Ephesians 4:29, when God was inspiring that, he was not thinking of the ‘F’ word or anything else that’s a social construct for English in 2019. Now, that language is not acceptable in certain environments, but that depends on the environment.”

“We should even have R-Rated prayers,” he said, suggesting that God responds to honesty rather than canned confessions and religious routines. “He made us the way we are. I’m not saying He condones all of our behavior, but he understands it.”

The podcast is scheduled to air weekly on LaHood’s R-Rated Christianity Facebook page. He said he hopes to target people who have a present reality like his past life, explaining the challenges he endured before coming to the faith.

“I was arrested for selling drugs when I was younger, my brother was murdered in my driveway, my son was diagnosed on the spectrum of autism, and I’ve got a lot of earthly reasons to be p*ssed off at God,” he said in a speech. He shared the details of giving his life to Christ and receiving the grace to forgive and release the anger he held on to for so long. Today, he considers his roles as an attorney and a minister of the gospel to be inseparable.

“I look at myself as a litigator for the Lord, and so Jesus is my main client, and I advocate for His worldview,” he explained. “I’ve seen the effects on people once they truly humble themselves and commit themselves and understand it. I’ve seen the transformation.”

LaHood is an attorney with LaHood Norton Law Firm. For more information about R-Rated Christianity, follow his page by clicking here.

You ask, we answer: Why was bond reduced for Maleah Davis' stepfather? Will there be more charges?

'Save Chick-fil-A Bill' gets second chance at Texas Capitol