Shelter officials say a combination of issues has led to crowding at the shelter, where over 400 animals are up for adoption. 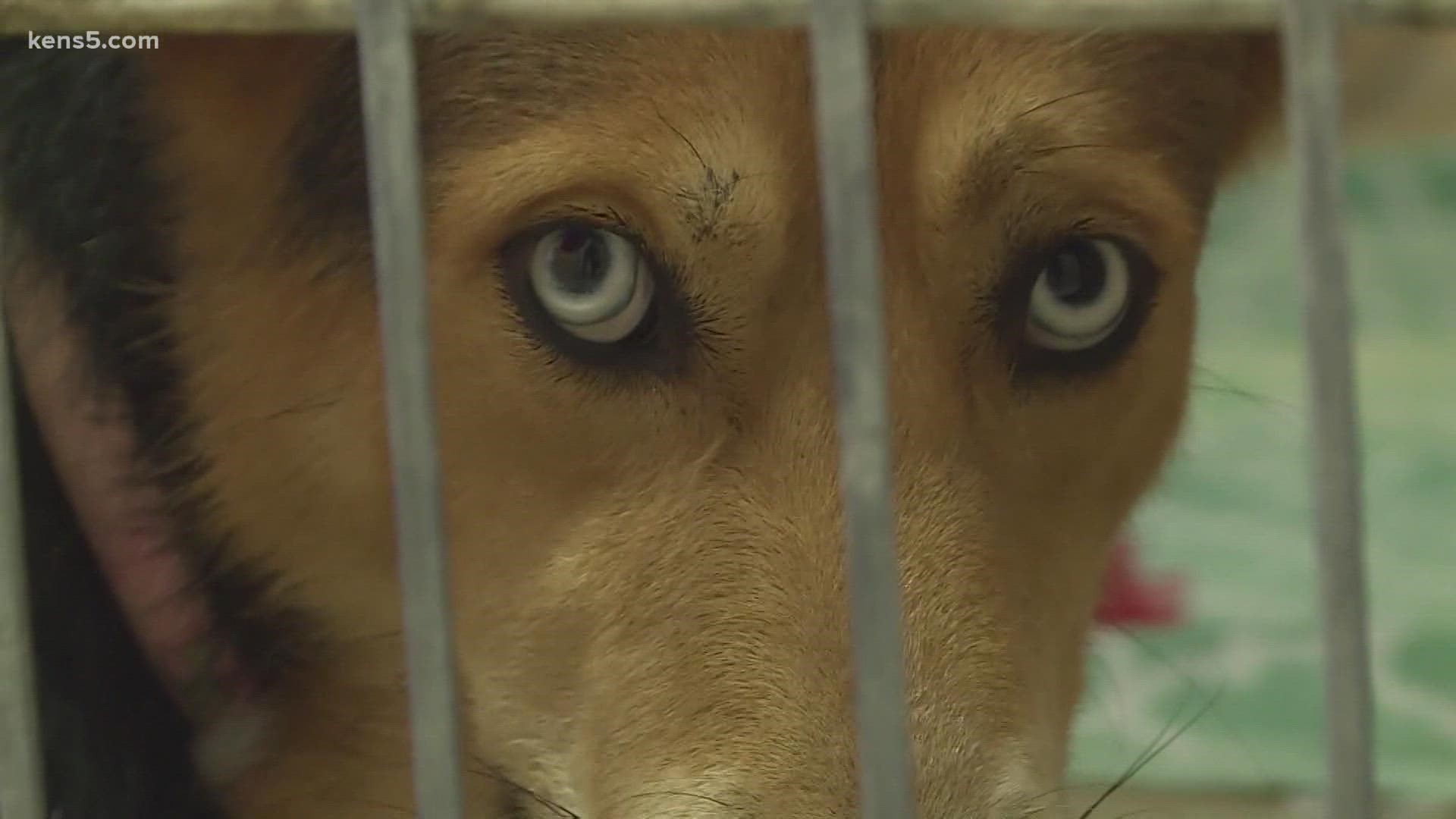 NEW BRAUNFELS, Texas — The Humane Society of the New Braunfels Area is overwhelmed with pets. There are more cats and dogs than adopters.

“In the last three months or so, we've had a pretty heavy increase in the number of animals coming into the shelter,” Hammond said. “It’s not COVID or a hurricane or a lack of spay-neuter service. It's not one thing, it's a thousand little things.”

Right now, there are more than 400 animals up for adoption at HSNBA.

“We've got about one hundred more animals in care than we did at this same time last year,” Hammond said.

“We did a back-to-school special in the middle of August and it was $10 adoptions,” Hammond said.

But those deals don’t help the shelter bounce back financially.

“It costs money to get these animals ready for adoption,” Hammond said. “We put in, on average, $250 to $350 per animal to get them out alive. So when we reduce our adoption fees, that really, really hurts us.”

That’s another reason the shelter needs your help. If you’re not able to adopt, you can foster. Hammond said it usually only takes about two to four weeks of your time. She added that welcoming an animal into your home helps prepare them for their forever family.

“They're getting used to using a litter box. They're used to your animals at home. They're used to your kids,” Hammond said. “They get used to the dishwasher and the vacuum cleaner and all those things that they don't hear at the shelter. It's going to make a much more well-rounded pet in a foster home.”

It also alleviates some of the pressure put on this packed shelter.