People started feeding them more and more, so now packs of them come up to kids, senior citizens; just about anyone who might have a snack. 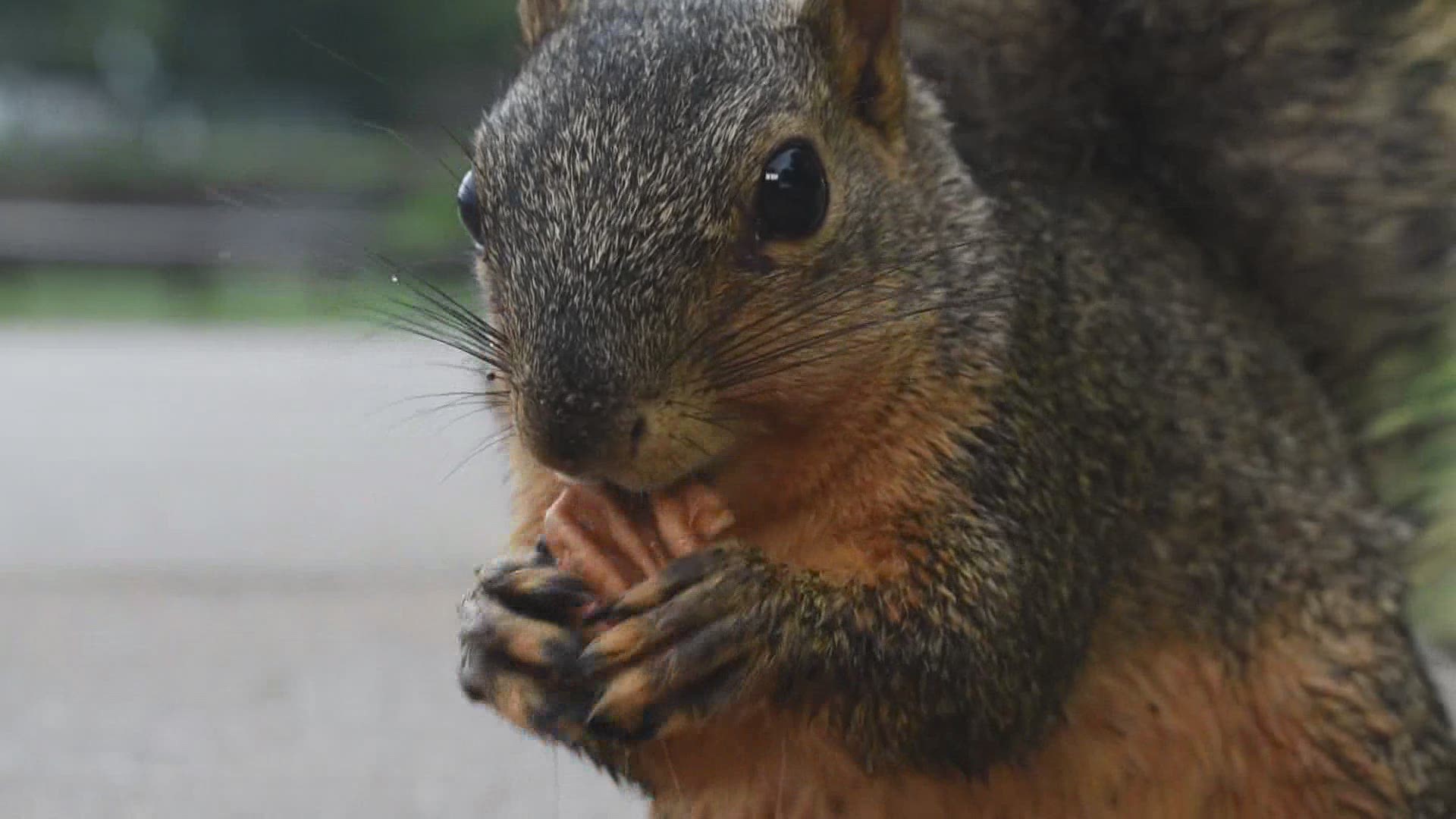 ARLINGTON, Texas — During stay-at-home, people in Arlington found a new hobby at a park to pass the time, but now the consequences are bubbling up. Over-feeding the squirrels at Bowman Springs Park has made the critters bolder and unafraid to approach people.

People started feeding them more and more, so now packs of them come up to kids, senior citizens -- just about anyone who might have an extra cracker or two to munch on.

Piles of food are left out and the fox squirrels are fearless enough to follow people around the park.

Squirrels naturally feed on a variety of materials: nuts, fruit, seeds, berries, insects and bark make up the bulk of their diet, according to Texas A&M AgriLife. But it's not good to hand-feed squirrels, or feed them with piles of food.

The best thing we can do for nature is to allow it to remain wild and on its own for food, according to Sam Kieschnick, Urban Wildlife Biologist for DFW with Texas Parks and Wildlife.

“By interacting with wildlife you are desensitizing them to people which can cause dangers such as aggression," said Ashley Woolnough, manager of Arlington Animal Services. "It can cause them to go after humans in some form or fashion expecting handouts."

Color: Brownish-gray with an orange underside.

Litter number: One to two per year, usually born in March or April and again in August or September.