Slithery sights spotted: Snakes, most of them non-threatening, accompanying recreators at SA trail

Reactions to the slithery reptiles have varied from amusement to fright. But they're mostly harmless. 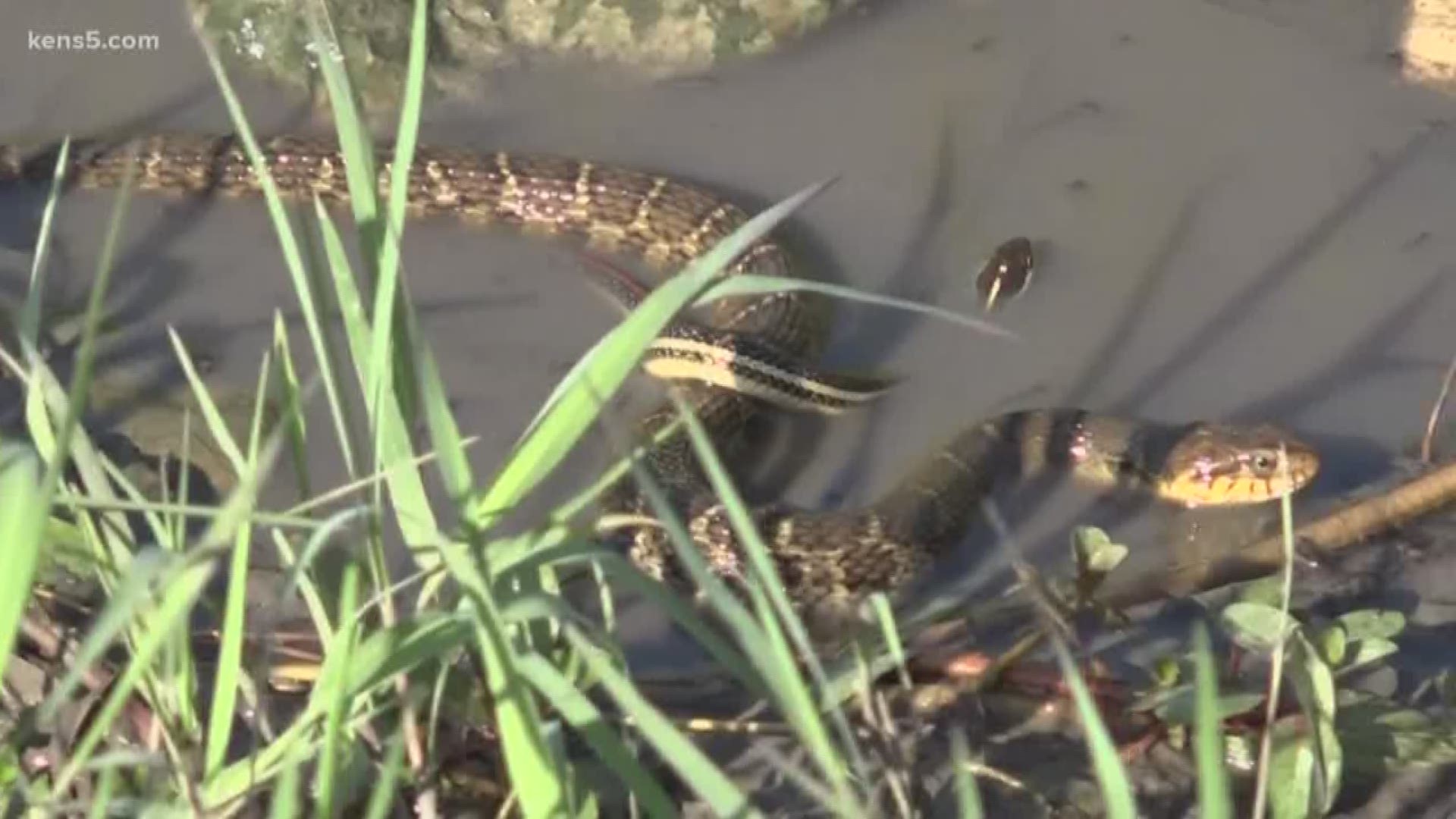 SAN ANTONIO — As a way to cope with the stress of the coronavirus restrictions, people are turning to the city’s hike and bike trails in record numbers.

In northeast San Antonio, trail users at the Morningstar Boardwalk are also seeing something few have experienced. Walkers, runners and bicyclists are seeing snakes in the lush wetlands under the elevated trail, which spans almost two miles of territory along Salado Creek.

Naturalists say most of the reptiles that are out in force now are no danger to humans. As a matter of fact, they say the snakes seem accustomed to sharing their space with passersby, and are unfazed with the increase in traffic through the wild space.

While Red-Shouldered Hawks soar overhead and Red-winged Blackbirds call to each other through the tall grasses, sedges and reeds, the snakes scour small slivers of water that pool just a few feet below the walkway.

Reactions to the slithering sight are as varied as the regular visitors to the trail.

While some find the snakes fascinating, others are not so amused.

The Morningstar Boardwalk was named to honor Army Staff Sgt Christopher Morningstar, who was killed in combat in Iraq in 2006.

Family members say he grew up in the area, played in the nearby Lady Bird Johnson Park as a child, and attended MacArthur High School just down the street.

The feature can be reached inside the park, which is at 10700 Nacogdoches Road.

The trailhead is in the far southern reach of the park, and the winding path meanders north to Wetmore Road.

While the snakes have been prolific in recent weeks, trail users say as trailside pools dry up in the heat, they have been seeing fewer snakes as time passes.

The city’s website features a map of the area.

RELATED: Looking for trails to jog in San Antonio? Here are some ideas