Protect the peacocks: One northwest-side neighborhood is on a mission

Neighbors in the Glen Oaks Park subdivision are pushing for a city ordinance that will protect the birds in their neighborhood. 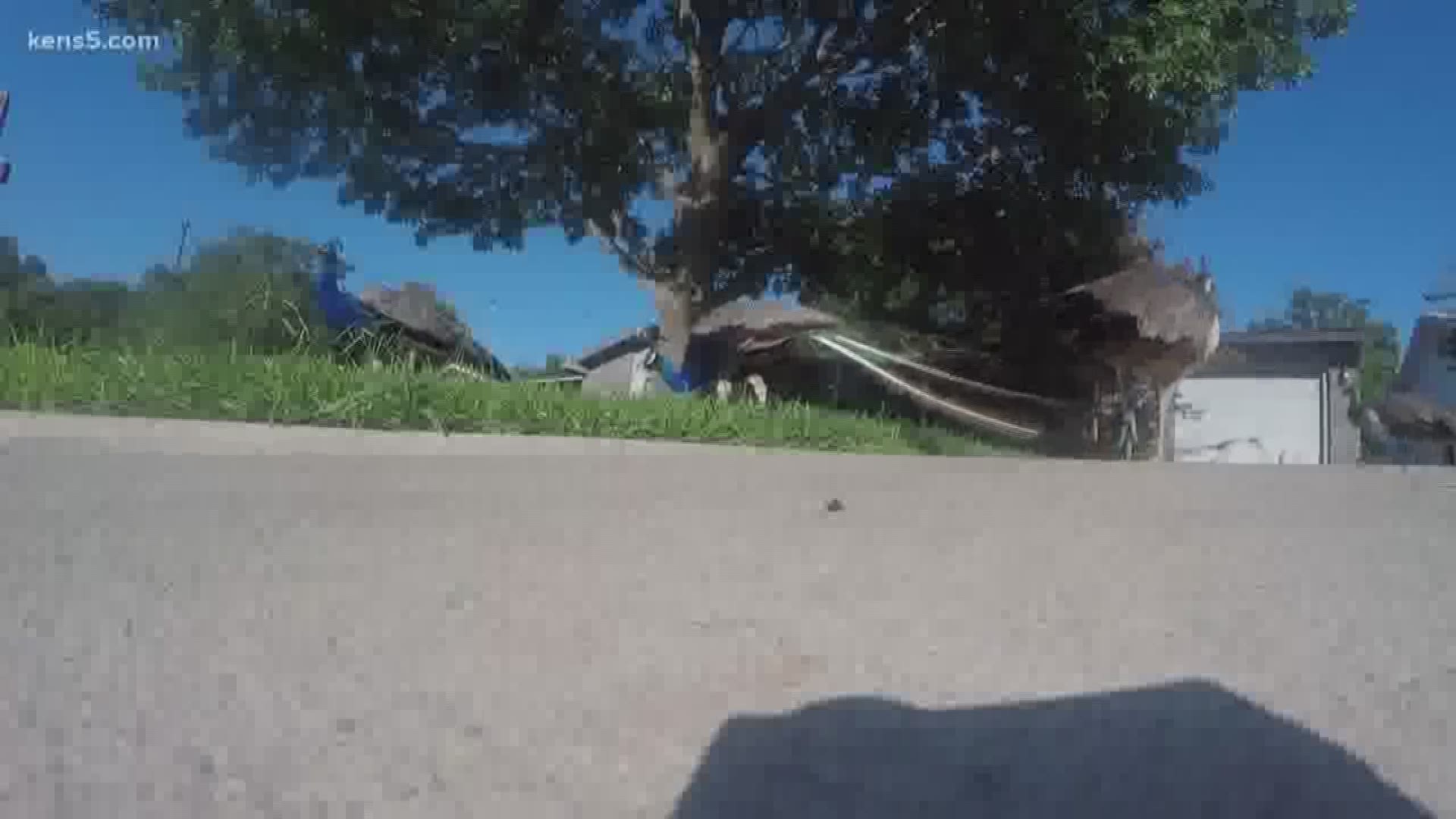 SAN ANTONIO — Peacocks are ruffling feathers in one community on the city's northwest side. The peafowls are a common site in the Glen Oaks Park subdivision, and neighbors are uniting to save their feathered friends.

The peacocks have become more than just a feature in the community, they’ve become neighbors.

Sandy Smith moved to the neighborhood over 25 years ago and enjoys the birds’ presence. “They’re good birds. The people that live right close to them take care of them, they protect them,” she said.

In this neighborhood, most of the people are happy to share their yards with the birds, and that’s why they’re trying to protect them. Residents said that people come over to the area and drive down the streets just to see the peacocks.

However, not everyone comes to the area to appreciate the colorful birds.

Neighbors said that people will drive into the neighborhood and try to capture them and haul them off in bags. Others will chase them down to pluck their colorful feathers.

“You know people want their feathers. So you'll see them chasing them and trying to pull their feathers out. All that has to stop,” neighbor Elizabeth Villarreal said.

Villarreal said a few other people are trapping the birds and removing them from the area. “For somebody to want to remove them because they find them a nuisance, that's sad,” she said.

Villarreal has joined her neighbors to fight for the safety and protection of the birds.

Smith said after meeting with city agencies, they hit a dead end.

“We had a meeting with the Animal Care Services, the police department, and wildlife control, and they're not protected. They're not a native species,” Smith said.

Animal Control Services created an informational pamphlet outlining how to live with peafowls. In the pamphlet, among other suggestions, it states:

“It is lawful (but not encouraged) to: Humanely kill wild peafowl outside of the public’s view.”

“They're saying that we can humanely kill a pea fowl as long as it's out of public view. I want answers for that,” Villarreal said. Villarreal said neighbors have signed a petition asking city council to adopt an ordinance to protect the birds.

Smith said they’re still waiting to hear back from city leaders, and they’re still holding out hope. “We love having them in our neighborhood and we love the people that come by and see them,” she said.

Neighbors are holding a rally on Monday, July 1 at the corner of Babcock and Baywater at 4 p.m. to raise awareness in hopes of saving their neighborhood peacocks.

VERIFY: No, smartphones haven't been linked to people growing horns