Family of geese saved along I-10 during morning commute

It's a daring rescue story with a happy ending. 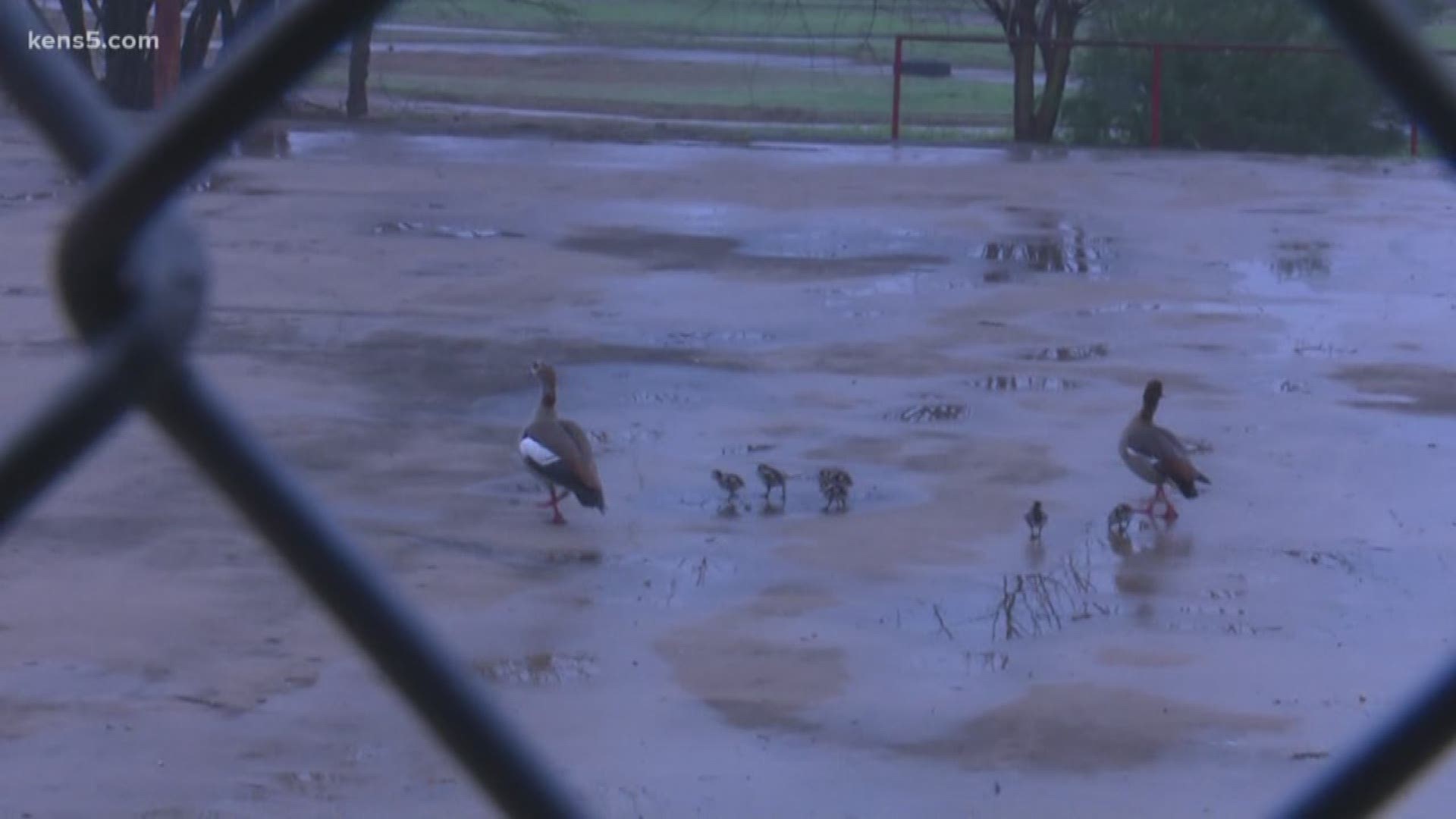 SAN ANTONIO — Talk about a wild goose chase. Take a gander at this!

A gaggle of geese was saved from certain death as they tried to waddle across I-10 during morning rush hour.

Cecilia Vidal said she was on her way to work when she saw a frightened goose and six tiny goslings trying to cross the perilous access road just south of Callaghan Road.

"They were on this side, on the access road by the barrier and everybody was stopping, so I'm like, 'I'm going to pull over and I'm going to get them off the street,'" Vidal said.

Waving her arms and coaching the family to safety, she shuffled the family along a fence until they made it away from the roaring traffic.

While she worked, San Antonio Police Officer Eduardo San Miguel arrived, with lights flashing, to make sure the little family survived. San Miguel said even though goose wrangling is not specifically stated in his job description, he was happy to be of service.

Under San Miguel’s watchful eye, the family of Egyptian geese was able to make it into the safe haven of a large vacant lot nearby.

Vidal, meanwhile, gave a victory whoop to celebrate a job well done, even though the adventure made her late for work. 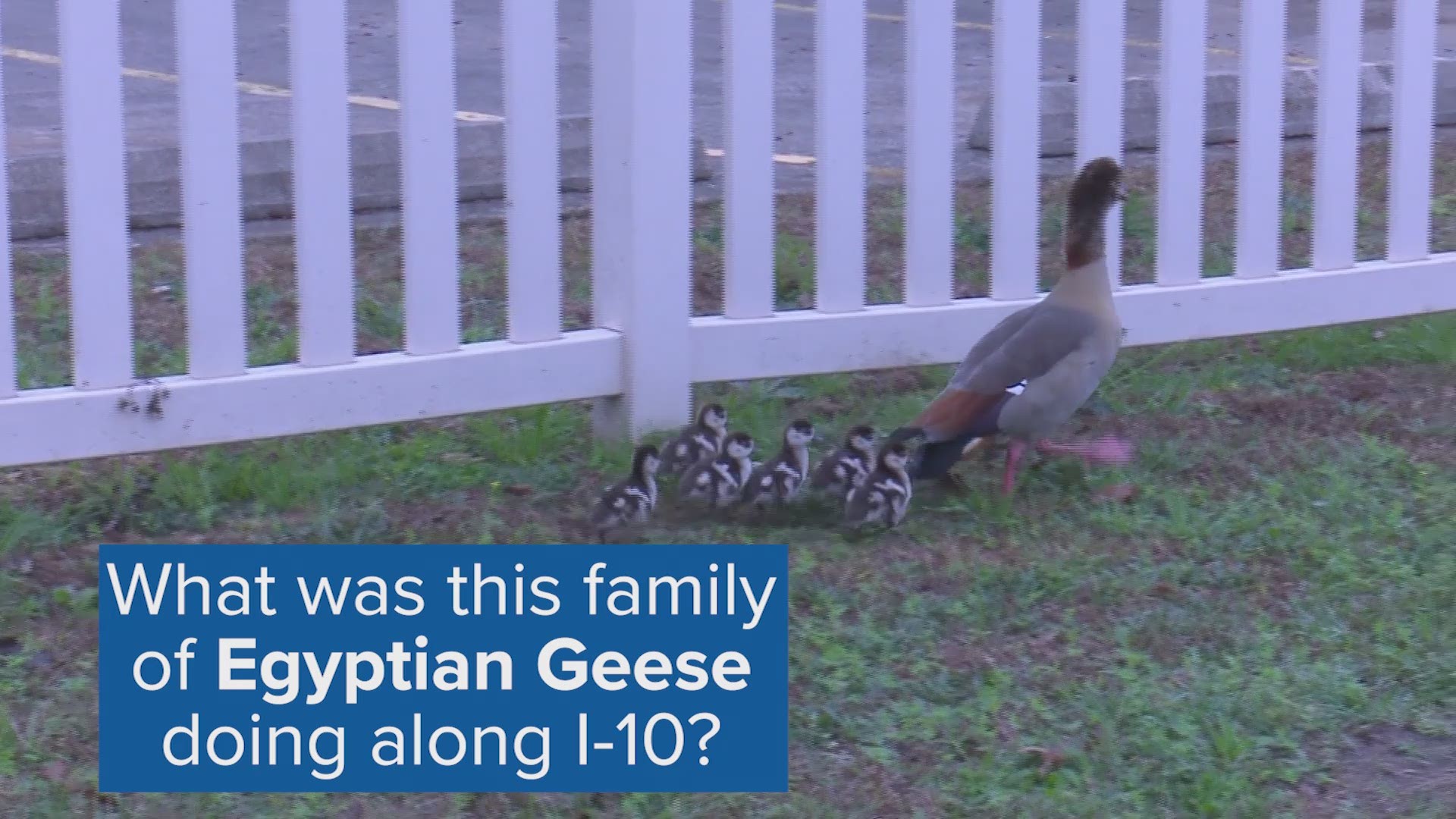 With regard to the family on the move, Jennifer Pue, a spokesman at the San Antonio Zoo, said the Egyptian goose is classified as an invasive species and there are large, established populations throughout central and south east Texas.

Pue said they are highly territorial and will strongly defend their nest sites and young so, as with any wildlife, it is best to observe from a distance.

With regard to waterfowl management in general, Pue had the following tips for helping birds:

If you are wanting to feed waterfowl, remember not to feed bread. Pue said better alternatives are: