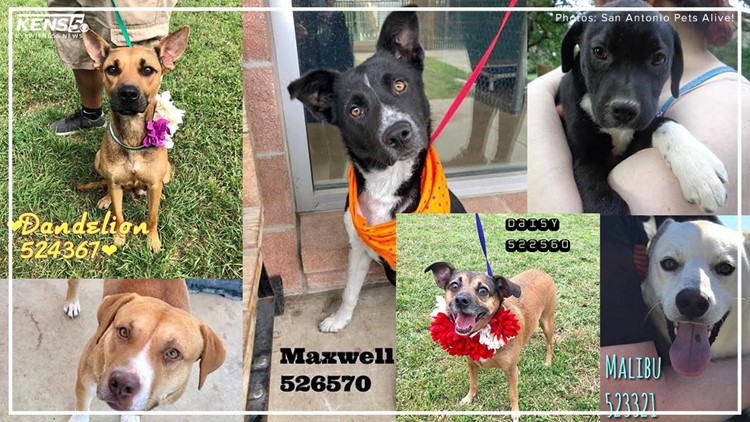 Dogs from ACS euthanasia list headed to Arizona, but some need sponsors

SAN ANTONIO — 30 dogs who would have been euthanized in a San Antonio shelter will get a second chance next week.

San Antonio Pets Alive! is asking the community to sponsor a dog to help cover the cost to transport them to Arizona. Funds have already been raised for some of the dogs, but several dogs still need to be sponsored.

The community can donate transport fees for these dogs, which, in turn, opens up kennels to save another dog. $100 covers the fees needed to save a dog and transport it to safety, San Antonio Pets Alive! said.

Donate through the website (put “for transport” in comments):

2019 Pooch Parade: Check out what happens when you combine adorable pets and Fiesta!