Dog stolen from ACS is owned and microchipped, police looking for suspect

The owners live south of Austin and say Trixie was stolen about two months ago. 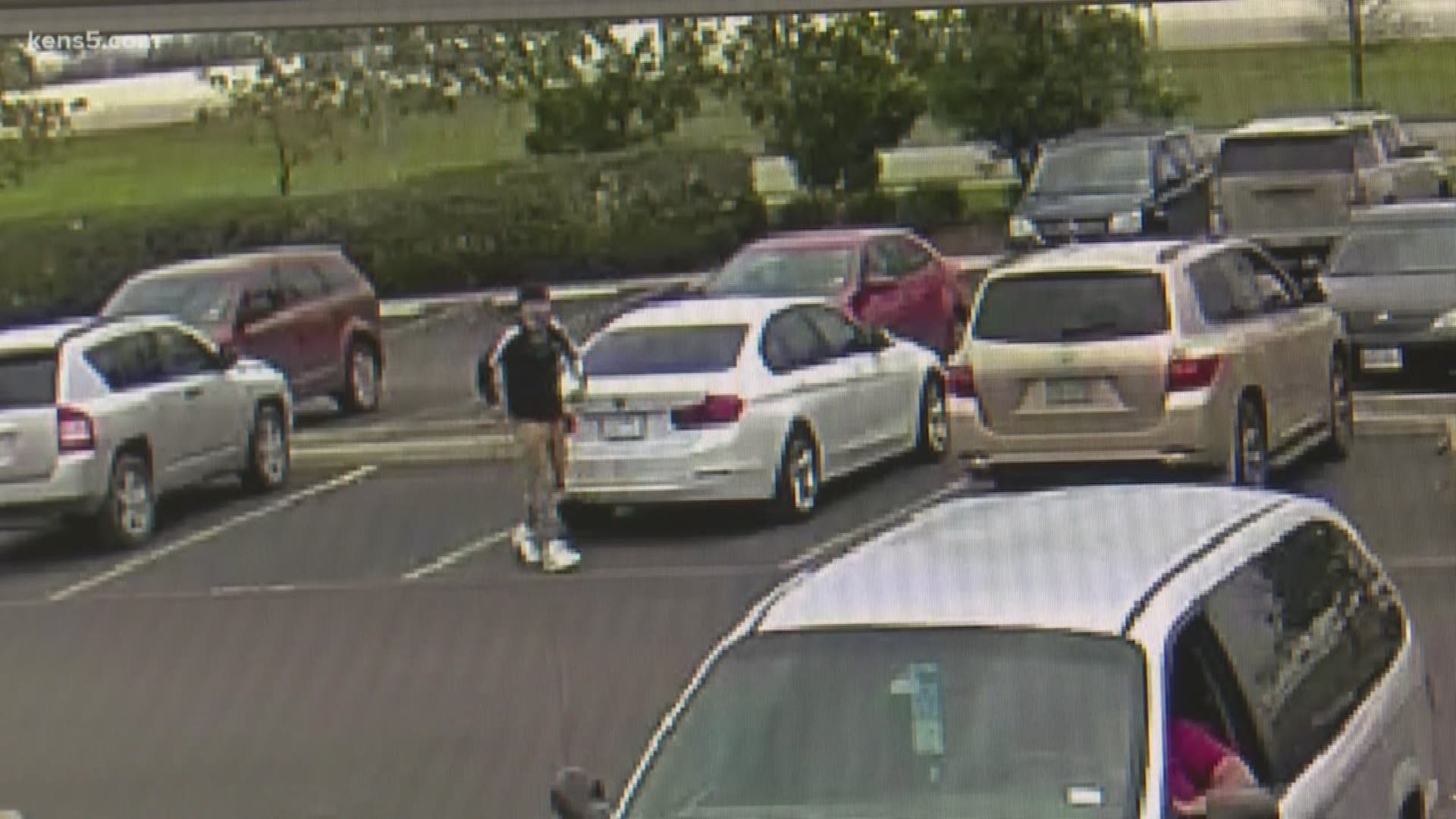 SAN ANTONIO — Trixie the terrier mix has been stolen from the west San Antonio Animal Care Services campus and officials there hope someone will recognize the man who took her and turn him in.

The dognapping happened around 11 a.m February 7.

Bethany Colonnese, with ACS, reviewed surveillance video and found plenty of clear images of the man walking away with Trixie. “We are working to get that animal back because this animal does have an owner that very much loves this dog and would like this dog back," Colonnese said.

Trixie is microchipped, according to ACS, and that is how they were able to track down her owners.

“We immediately called on the microchip and were able to speak with the owner and she was very excited to come and get the dog. Unfortunately, in between there, somebody else wanted this dog and they were able to walk in and take the dog,” Colonnese said.

Colonnese describes the thief as a clean-shaven Hispanic man in his thirties with shaved hair and a slim build. The suspect has full length tattoos on both calves. The man was wearing a black baseball cap, an Adidas brand track jacket, khaki cargo shorts and a blue t-shirt.

Reviewing extensive surveillance footage, Colonnese said the man is a chain smoker who lit up, one cigarette after another, as he waited for the facility to open.

Surveillance images show him passing about twenty minutes in the parking lot, detailing his car. Colonnese said the man was driving a white, newer-model BMW with paper plates.

ACS Director Heber Lefgren said as soon as information and images of the theft were posted on social media, they began getting tips about the man’s identity.

“We asked for help, and in less than 24 hours, we already have some very strong leads,” Lefgren said.

San Antonio Police are treating this as a theft of property case.

Lefgren added the city’s requirement that pets be microchipped is a huge help in cases like this.

“Microchips are awesome because it allows us to track down and identify the owner. It's also very difficult to change the ownership of record in the microchip and it allows us to be able to reunite a pet back to the owner in a very quick manner,” Lefgren said.

The service is free to local residents.

This is the third animal theft in the last two years at the ACS campus.

Colonnese said they want the facility to be an open, welcoming campus.

She said when people can interact freely with the animals they save more lives.

While any theft is unacceptable, Colonnese said the 31,000-plus animals that were successfully handled last year offer proof that their procedures are adequate.

Lefgren said with the two previous thefts, internet detectives helped them recover the dogs and they did pursue charges against the thieves.

ACS officials said anyone with any information on the suspect or Trixie's whereabouts should call 311 or send a private message to ACS through their Facebook page.