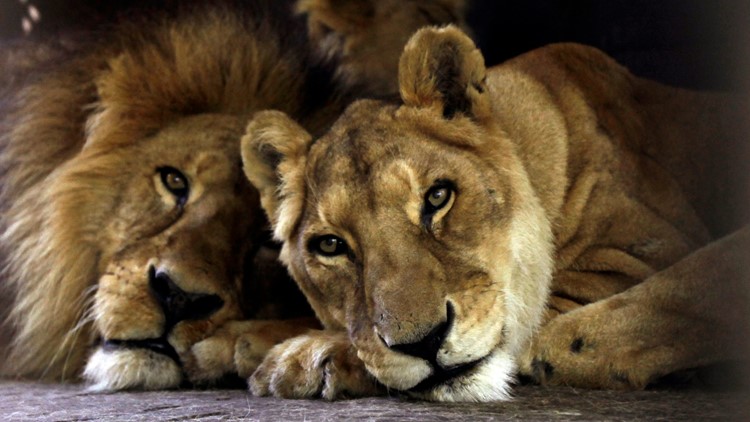 Dangerous wild animals in your neighborhood? There are 156 registered in Texas

HOUSTON — Tyson the tiger is now living a happy, healthy life at a ranch in North Texas, a far cry from where police found him back in February abandoned in a southeast Houston home.

Dangerous animals are legal to own in the state of Texas unless they're not registered. But as state and local agencies show us, Tyson has a few fierce, yet furry, friends nearby.

Texas is no stranger to strange animals, but not all of our precious pets were born here. We have quite a few from far, far away.

If you live in any of these counties: Bastrop, Bell, Collin, Kaufman, Potter, Montgomery and Travis counties, not to scare you, but these killer creatures might be closer than you’d think.

A whopping 64 tigers live in Texas, along with a few other kitty cats: 21 lions, 16 cougars and 20 bobcats.

On top of that, we have 14 bears, four leopards, four chimps and seven servals.

Someone actually registered two coyotes, but we know there are a lot more than that.

There’s one lynx, one cheetah, a hyena and an ocelot.

But if we’ve learned anything from our recent discovery of Tyson, it’s that not all exotic animals are accounted for.

You may never know what might be caged up in your community.