The furry creatures have the distinction of being North America's most venomous caterpillar. 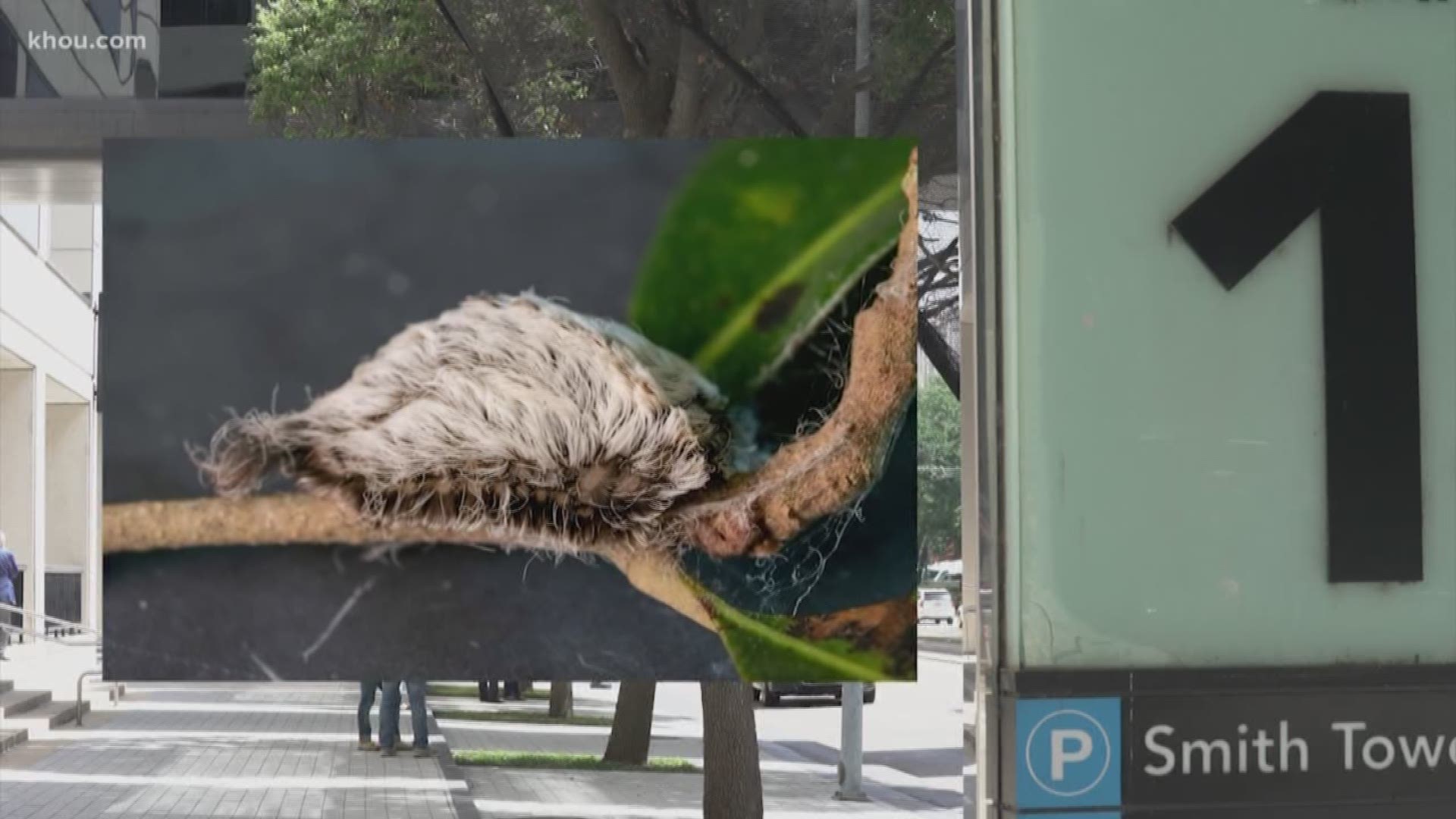 At first sight, an asp might have you reaching for a can of Raid.

However, the venomous caterpillars are being welcomed in Houston by local researchers.

An asp packs a massive sting, and they are becoming a problem in the Texas Medical Center.

if you've been to the Med Center lately and bothered to look up, you may have noticed nets to keep birds out of the trees..

With the hungry birds gone, asps are flourishing. The furry creatures have the distinction of being North America's most venomous caterpillar.

Credit: KHOU
With the hungry birds gone, asps are flourishing. The furry creatures have the distinction of being North America's most venomous caterpillar.

“We observed a 7,000 percent increase in the number of caterpillars we observe here where birds are not around to feed on caterpillars versus someplace like rRce campus," Scott Egan, PhD., Rice University, said, “which are more in balance where you have plants herbivores and their predators present.”

Researchers hope this will encourage urban planners to pay more attention to ecology when making decisions like adding the nets for the birds.

The asp is the caterpillar version of the southern flannel moth, and there are plenty of cocoons in the trees.

Their sting really hurts, like a broken bone and can cause vomiting, fever, convulsions and more.

According to the Texas A&M AgriLife Extension, to treat an asp sting:

If you have an allergic reaction, see a physician immediately. Eye injuries should also be referred to a specialist immediately.