There's no better way to cool off. 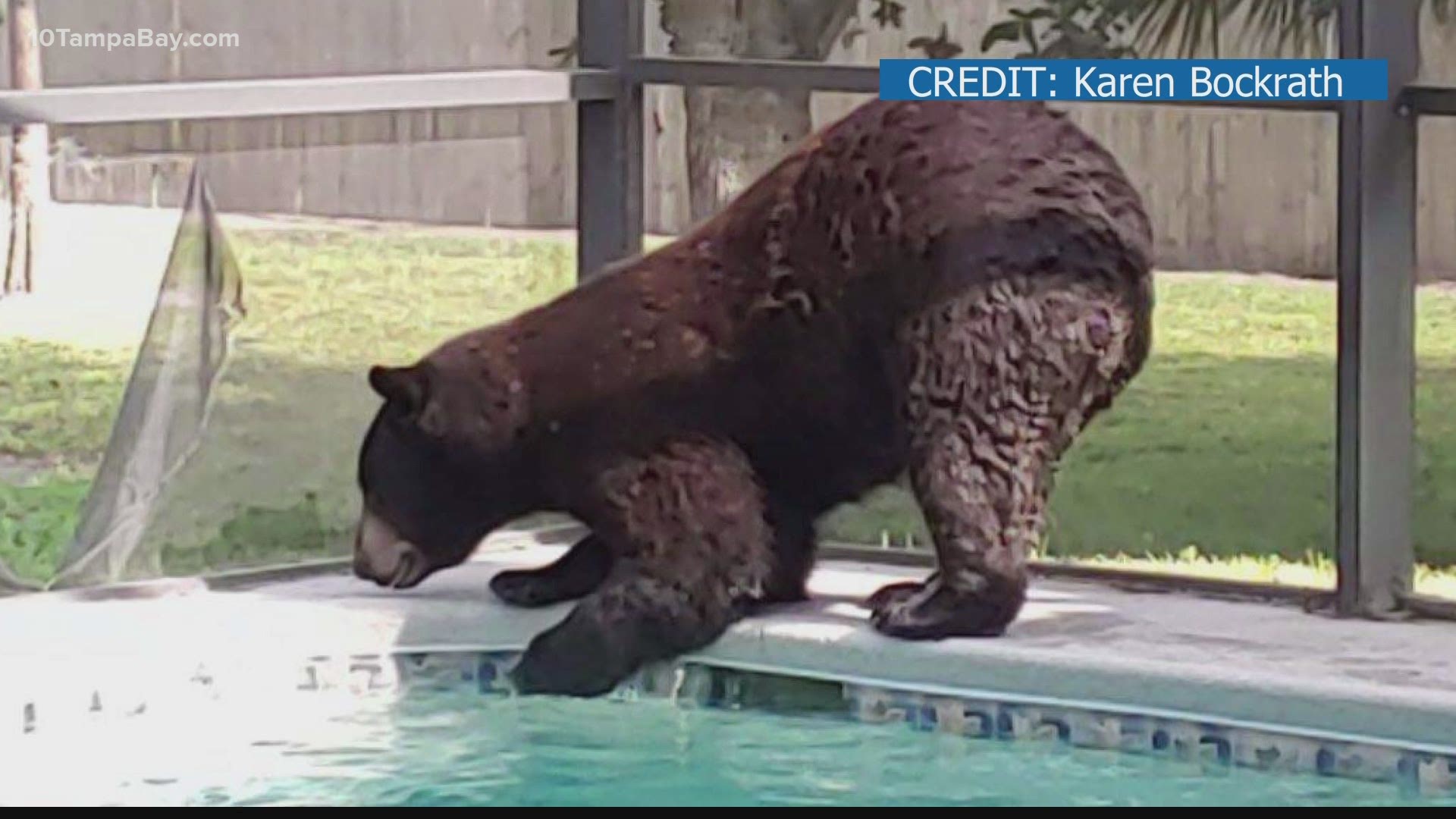 NAPLES, Fla. — The pool is the perfect place to cool off when it gets warm in Florida.

That might be why one bear broke into one and took a dip in Naples earlier this week.

Karen Bockrath shared the photos of the bear on Facebook and said, "Guess I'm having a pool party! Who knew!"

Bockrath told NBC2 this wasn't the first time this has happened. She told the TV station the bear has come to her pool on several occasions before and normally "splashes around in the water and minds his own business."

According to the Florida Fish and Wildlife Commission, the Sunshine State has seen human-bear interactions increase significantly over the last decade.

FWC said that's why it encourages people and the communities they live in to become part of its BearWise program. The program is a way to help neighborhoods learn how to interact with bears that might wander in.

Here are FWC's tips for living around bears:

FWC says it's illegal to intentionally place food or garbage out that attracts bears and causes conflicts.

Anyone who sees or thinks somebody is feeding or attracting bears should call its Wildlife Alert Hotline at 888-404-3922 or report it online.

You can learn more about living with bears on FWC's website.