Caroline Percival is sharing flowers with people to plant in their front yards around San Antonio. 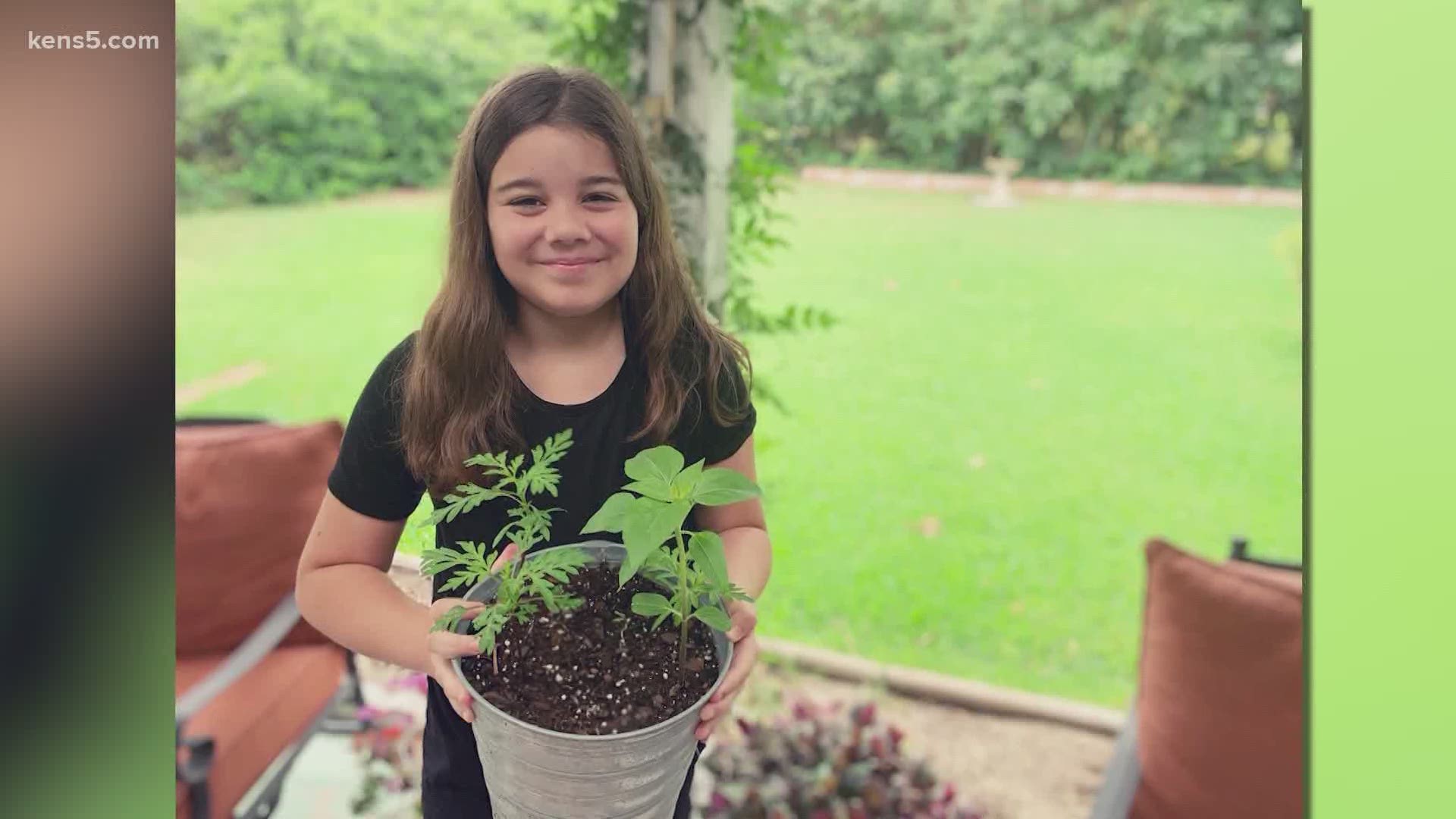 "They're colorful and beautiful, and they're fun to take care of," she says.

One day, as she was planting at home, she had an idea. Considering how more people are spending time outside walking or riding their bikes, she decided she wanted them to have something pretty to look at: flowers in peoples' front yards.

So she created Cartons of Color, where people can request young flowers ready to be planted. She'll deliver to anyone within 10 miles of Keystone School, where she's a student. She also offers pickup to anyone farther away.

She's growing the flowers at home, and once they reach an acceptable size, she'll give them away in recycled egg cartons. She hopes people will plant them and take care of them—and make San Antonio more beautiful in the process.

Caroline has had some help on this project from her mom, Shawna, who's an entrepreneur.

"This is her thing," Shawna said. "She has come up with every aspect of the project. It's hers. It's hers to take and run with."

And run with it, Caroline has. While she only started recently, she has a stockpile of dirt and seeds ready to make the project go far. It's her personal way of helping those around her.

"I don't think we're going to thrive if we don't help each other," she says.

Caroline said she also hopes this project inspires others to do something, just like she was inspired by the many charities in San Antonio.

At just 10 years old, Caroline is living proof of her words.