The federal government is hiring thousands of people across Bexar County to help count the local population. 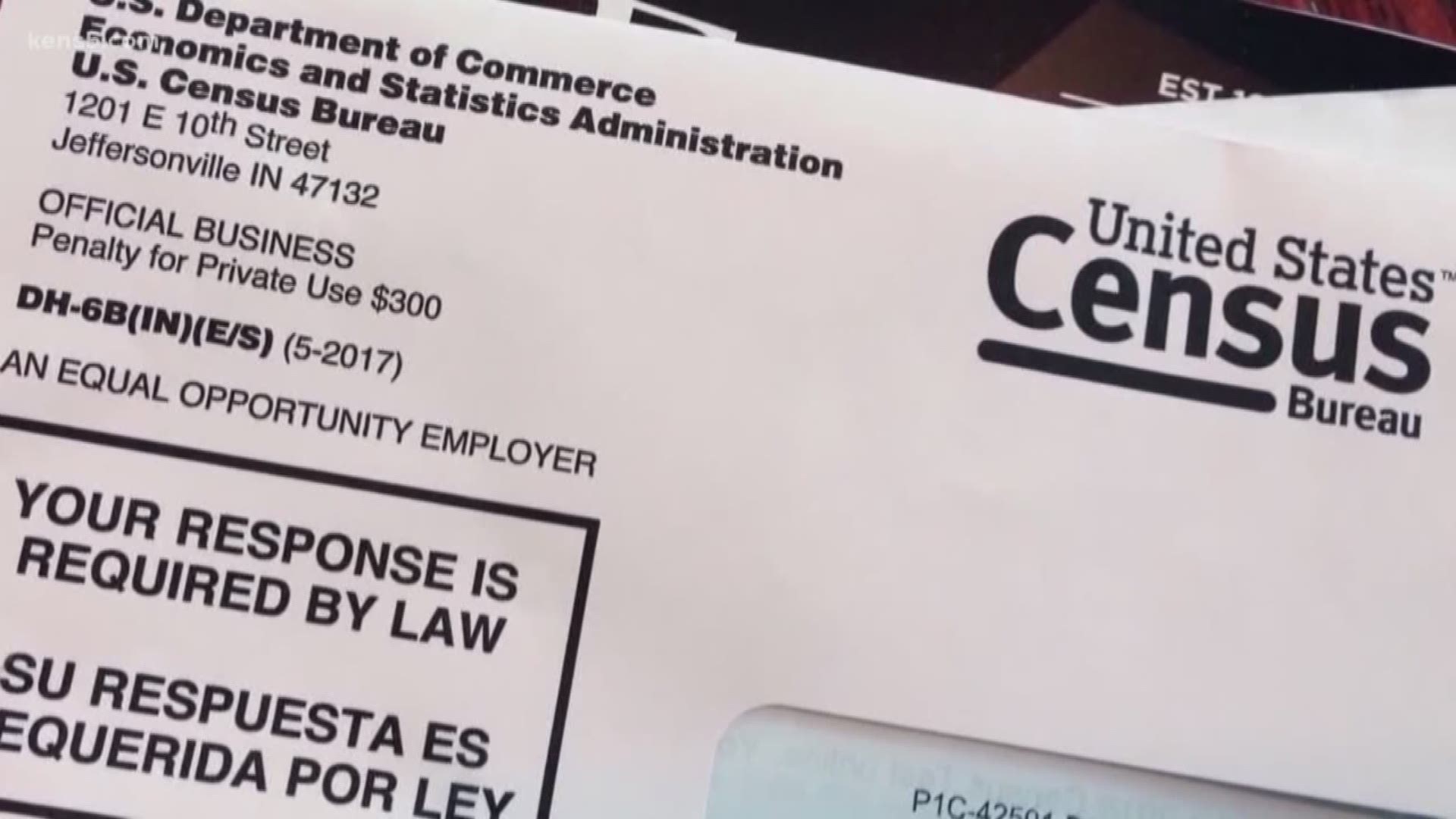 SAN ANTONIO — Nearly two million people live in Bexar County and the government is now hiring thousands of people to help count them all. Today, census workers hit the streets verifying addresses and new homes. It’s all part of the preparation work needed for the official 2020 census count, next April.

The United States Census Bureau and several San Antonio subcommittees, appointed by the Mayor and Judge Nelson Wolff, gathered at SAWS Headquarters to share strategies to ensure everyone is counted. They also unveiled the new 2020 census logo for Bexar County, in hopes of also connecting with the Hispanic population.

The official 2020 census count is more than seven months away, but today work got underway.

"We are verifying addresses are still there,” Assistant Regional Census Manager Jermone Garza said. “In San Antonio, Bexar County area there are some great growth areas that we have, we want to make sure that those addresses have been added into our database"

Census workers can be identified by a photo ID with a Department of Commerce watermark, and an expiration date.

Employees will also carry a phone, laptop or a bag with the census logo.

Garza says employees will knock on doors and ask questions outside. If anyone introducing themselves as an employee looks suspicious people can call 1-800-923-8282 to verify the employment of a worker.

To maintain accuracy for the big job the federal government is hiring up to 3,000 part-time or full-time census workers in Bexar County, according to Cedillo.

"It begins anywhere from $14-$24 an hour depending on the job they have," Garza said.

Garza emphasized the importance of an accurate count, adding that an under-count can hurt a state drastically over the course of ten years.

The populations reported by the census determines the number of appointed house of representatives in each state and federal funding for health care, transportation and much more.

"There is over $675 billion dollars (annually) that are allocated in each of those states based on that count of residents of each state, that's why it's important to ensure that here in Texas they get their fair portion of federal dollars back," Garza said.

He says the census us completely confidential.