Elijah and his parents searched social media looking for someone in the community who could use a little encouragement. And then, they found Preston.

SAN ANTONIO — Writing a letter to send to someone in need; it started as a class project, and then became the Paper Hugs Project.

"I was thinking about how COVID affected the planet and how it probably made people feel so I thought, maybe to send out letters to let people know that they have encouragement and love," said Creator of Paper Hugs Project Elijah Gonzales.

Elijah is a 3rd grader in the San Antonio Independent School District. His assignment was to think of something that could change the world for the better.

A perfect assignment for him because he already has that goal in mind.

"What is it that you say you want to be when you grow up?" Ramiro Gonzales, Elijah's father asked him.

"A police officer. So his focus was just helping people and making them happy," said Ramiro.

Elijah and his parents searched social media looking for someone in the community who could use a little encouragement. And then, they found a boy in Houston named Preston.

"My son was in an ATV accident December 8. As we started looking for positivity, the Paper Hugs Project really gave us hope and we are very thankful," said Preston's father Tyson Simpson.

Preston was airlifted to Driscoll Children’s Hospital in Corpus Christi following the accident. To get a letter from a boy in San Antonio who is encouraging his followers to send letters to Preston is something Tyson said is really special.

"Just feeling the love from someone else that we’re not alone and here’s something to prove that — and we’re with you thinking about you, and we hope the best for you. So it was really nice to receive that," said Tyson.

"We’ve got the school getting into it, the whole village is getting into it. I think it’s wonderful that Elijah started all this and I can’t wait to see how far it goes," said Elijah's classroom teacher Dina Toland.

KENS 5 asked Elijah how he feels knowing he’s making such a big impact, and he said, "This is like the best moment for me. Like, I’ve never gotten to do such a big project that might even be seen on the news."

For more information about Paper Hugs Project and how to get involved, click here. And if you're interested in donating to Prayers for Preston, click here. 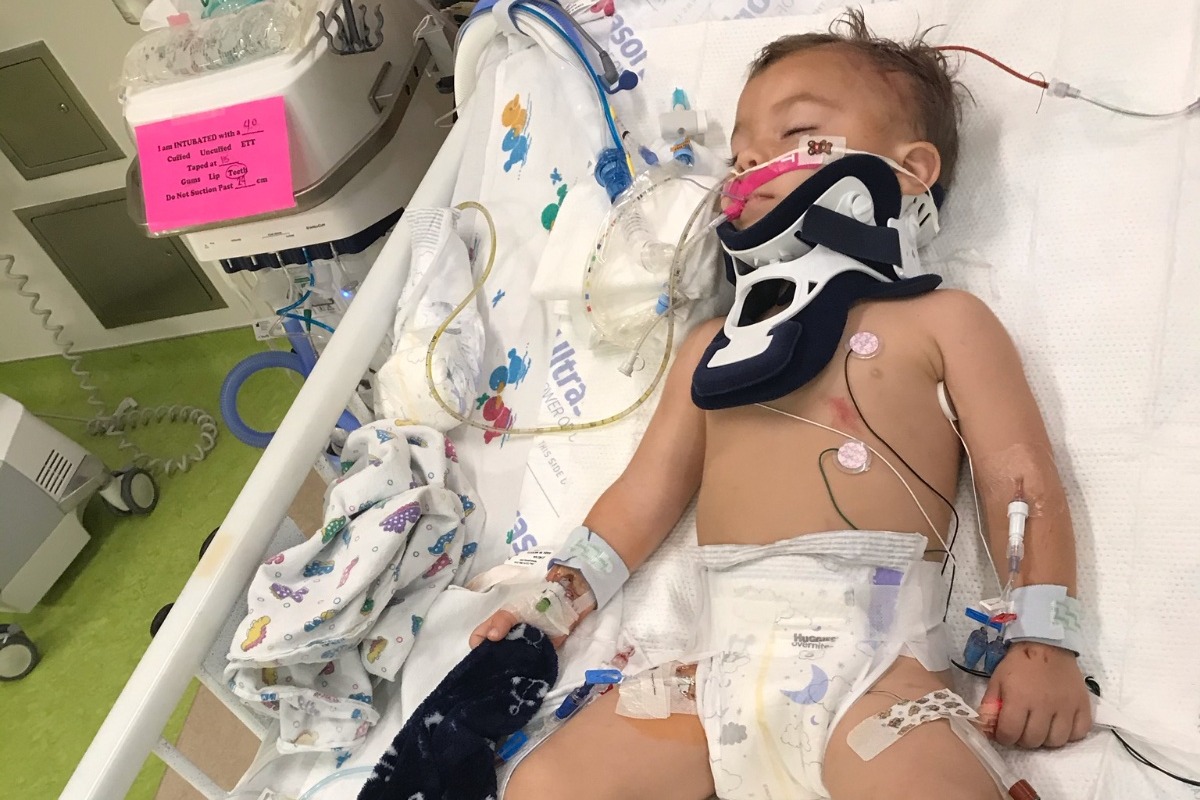 Medical Expenses for Preston Simpson, organized by Jerred King
On December 8th, Preston Simpson, the 2 year old son of a very valued SR Trident employee, was in a four wheeler accident. Preston is currently in the ICU after being halo flighted to Driscoll Children's Hospital. He remains in critical condition and is suffering from brain swelling, a fractured skull, and brain bleed.