Hector Santiago created Sunshine Woodworks out of his Boerne garage about five years ago. He's been selling games like Cornhole and Jenga to people all over Texas. 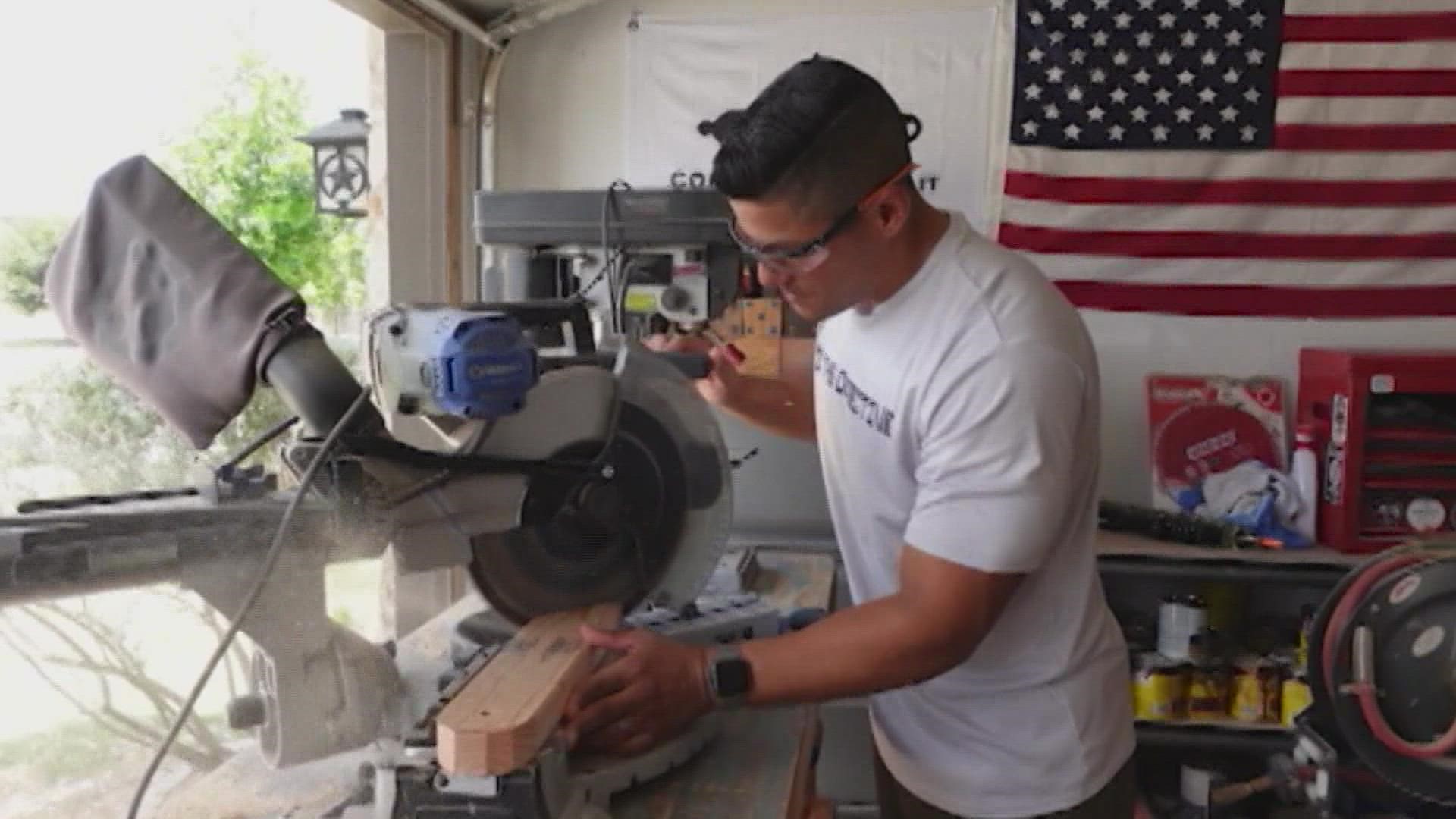 BOERNE, Texas — You could say Hector Santiago's business was born out of his backyard – and his garage. That's where he cuts up wood, customizes his selection of backyard games and puts the final touches on his carefully crafted creations.

"We needed more stuff to do in the backyard. So, I went online... learned how to build a Jenga set and a Washer set," said Santiago, an Air Force veteran.

Santiago created Sunshine Woodworks out of his Boerne home about five years ago. Ever since, he's been selling games like Cornhole and Jenga, among others, to families and businesses all over Texas.

People have been placing orders for the games which start at about $45, but because they're so big and heavy – there's no shipping. He said they often coordinate a trip to the San Antonio area with when their order will be ready so they can pick up the games in person. Santiago also sells some ready-made games at the Boerne Trading Company, located at 222 South Main Street.

"Everything is made to order," he said. "They'll tell us what they want and it's a 25% deposit to place your order and then as soon as everything's done they just pay the balance at pick-up."

Santiago's hobby quickly turned into a family business when others started taking notice of what he built. He started advertising on social media and the rest was history. It also became a joint activity for his kids to get involved in.

"My son likes to come out here. He likes to help me out. You know, whether it's cutting some wood or you know, painting stuff. He likes to get involved. He's 10 right now, but he's my little protege."

Santiago hopes Sunshine Woodworks will lead to a bright future for his son – and daughter – and that maybe he'll be able to pass down the business to his son.

"Hopefully as he gets older, I can teach him more about the business and how to build," he said.

To place an order, visit the Facebook page for Sunshine Woodworks and send a message, call (832) 366-3022 or you can send an email to ssunshinewoodworksllc@gmail.com to make your customizations.