The death of a beloved member of the biking community gave life to a commuter safety campaign. 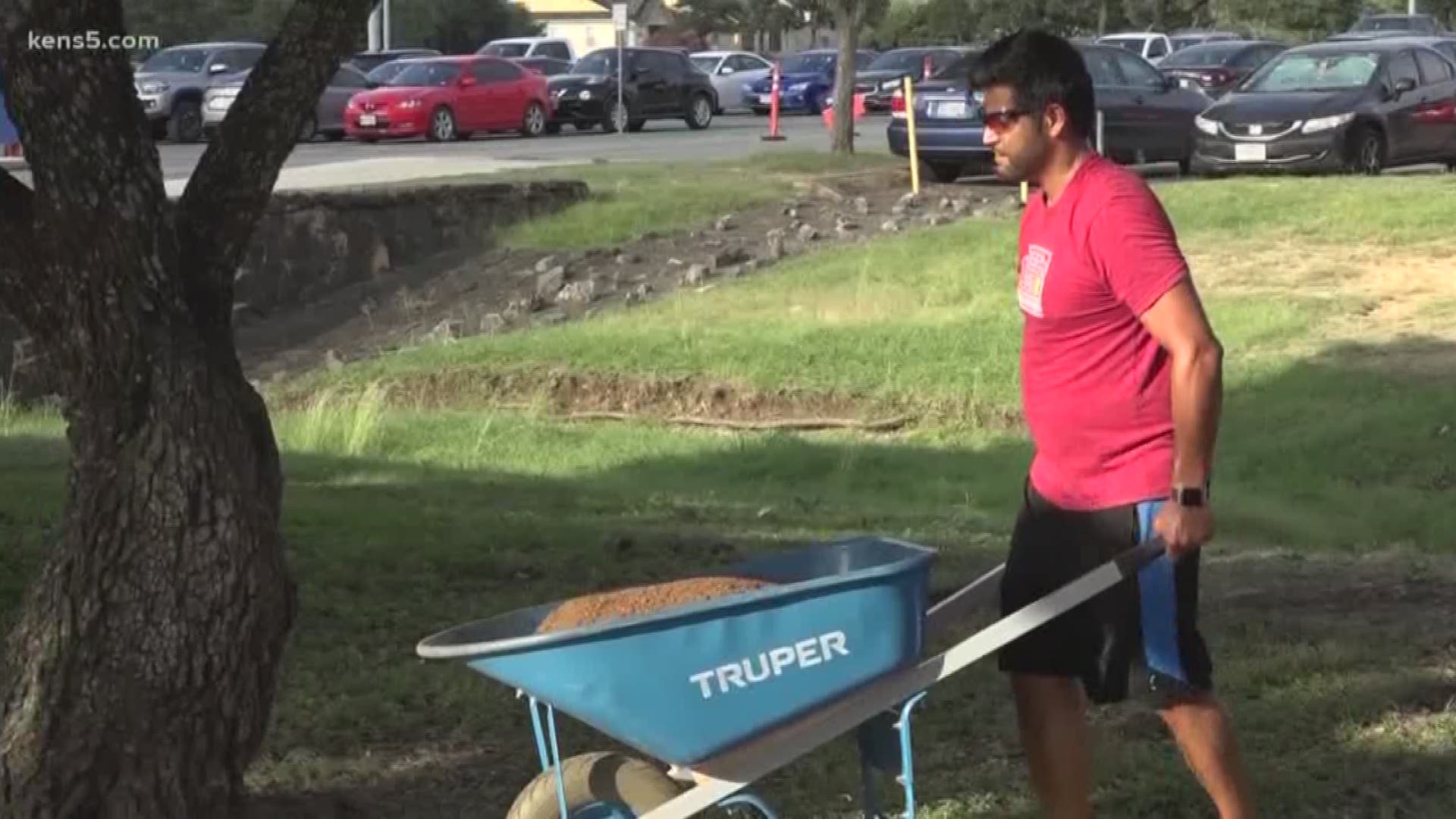 SAN ANTONIO — A change is coming to the University of Texas at San Antonio to honor a beloved man who lost his life in April.

Tito Bradshaw was a local entrepreneur and influencer in the San Antonio biking community. He was fatally struck by a driver while riding on Houston Street. Since his death, students in the Sustainability Department of the UTSA have been inspired to make the campus more “walkable”.

They’ve been instrumental in the petitioning, planning, fundraising, and execution of the project; they laid their first stretch of gravel Wednesday morning for a 300-foot long trail on Ximenes Avenue.

Community members put their hands to the plow with students to pave dirt mounds near the Ximenes Information Booth recently renamed the Tito Bradshaw Bicycle Repair Shop in Bradshaw’s honor.

Lani May, the director of the Office of Sustainability, said the construction is necessary for commuters who travel to campus by foot, bike or scooter.

"There’s 9 or 10 apartment communities along UTSA Boulevard, and we need to have a pathway that comes into campus because they’re walking right now in the mud,” May said.

Nearly 100 volunteers signed up to get their hands dirty in Wednesday’s kick-off of the initiative. Among those in attendance were close friends of Bradshaw like Harry Parilla and students like Christian Dittmer, who volunteered to lead the design on the project after hearing of Bradshaw’s accident.

”In our design, we’re kind of focusing on just inclusion and accessibility and community, which was something Tito Bradshaw was super passionate about, was bringing people together,” Dittmer said.

”I would like to believe that he’d be really proud,” said Parrilla. “I knew him for 10 years and it’s a beautiful thing to see that, through the tragedy of losing him, it’s bringing more awareness and more people to cycling and hopefully to the awareness of being safe.”

To learn how you can support the Make UTSA Walkable campaign, click here.

Louisiana declares state of emergency ahead of potential hurricane landfall