'Time waits for no one': On dialysis for 15 years, North Texas man waiting for kidney transplant

Stephen Gilmore has been waiting more than a decade to receive a kidney transplant, and now he's hoping his story will raise awareness about organ donations. 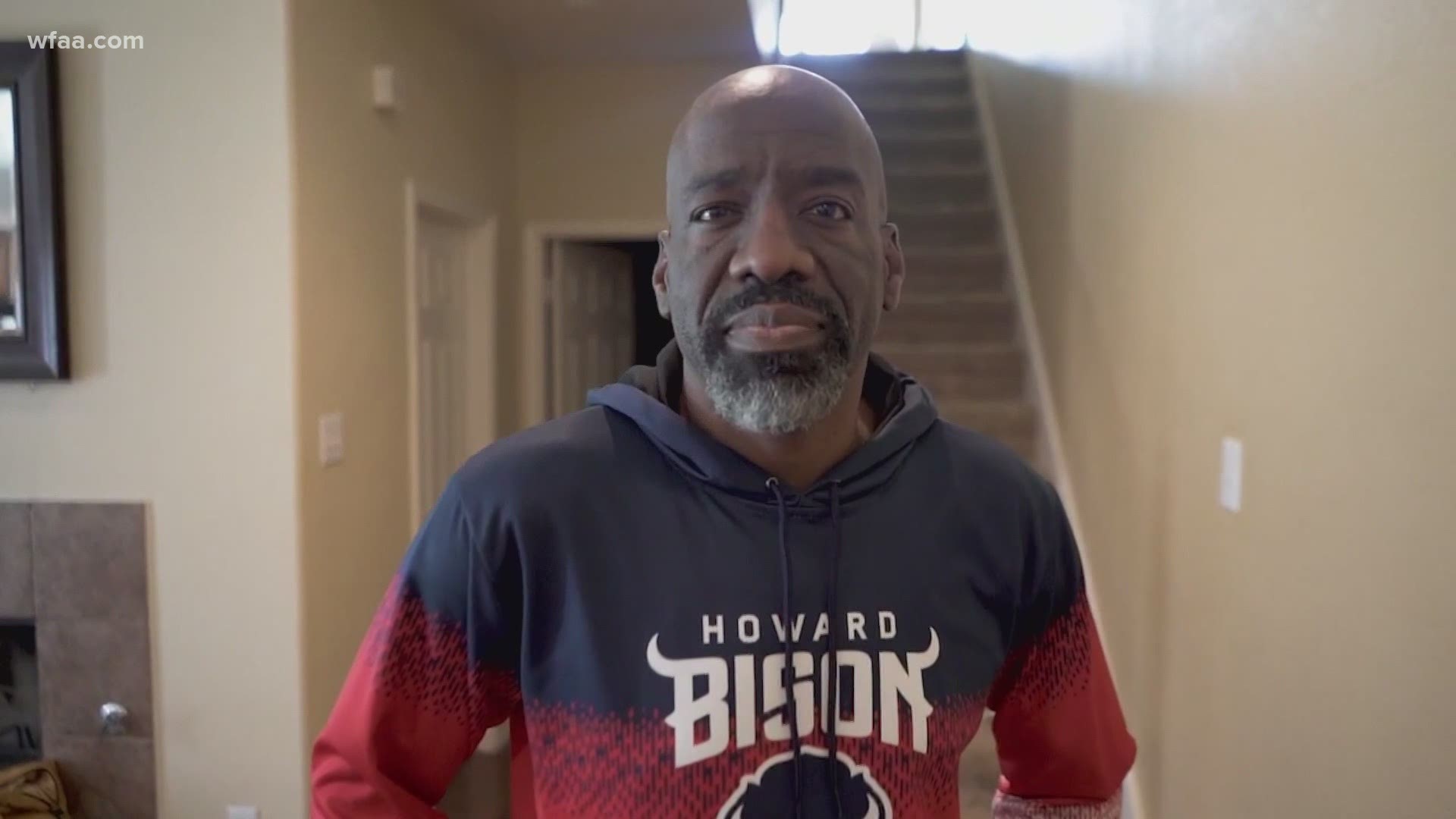 Time waits for no man.

That saying holds true for Stephen Gilmore and it means just a little bit more to him than it may to the average person.

The first time the world was introduced to Steve's story was through a video online, back in December, now viewed more than 18,000 times.

But his story is not just his alone. Steve is a father, a husband, a man who wants to live a normal life like anyone else. Up until he was 16 years old, he did.

His is a family who, along with thousands of others, yearn for a sense of normalcy.

"I just love the time I spend with the kids," Steve said.

From coaching his daughter’s basketball team, to spending time with his wife and children, Steve has always tried to muster a big, bright smile.

"She knows I appreciate her and the fact that she stood by me, propped me up, and being there for me when I was at my lowest," Steve said of his wife's unwavering support.

His laughter and big smile often hiding the fact that his kidneys are failing, again.

"I found out that I had a kidney problem when I was 16," Steve said.

He always knew the health concern would develop into something more, and years after the initial diagnosis, end-stage renal disease would make its presence known.

"The main thing is that I don't urinate any longer," Steve explained.

His kidneys no longer function.

Lumps on his arm are a potent reminder of what 15 years on dialysis looks like for him.

"On a bad day, I may not stop bleeding for a little while, so I'm there [at dialysis] for an extra 10 to 15 minutes trying to get the site to stop bleeding," he said.

On three days– upwards of 15 to 16 hours a week, Steve finds himself making an all too familiar trip. A process that involves two needles inserted into his arm to do the work that a healthy kidney would normally perform.

"It's tough to watch your husband go through health concerns," said Rose Gilmore, Steve's wife. "It's always been a battle to see him fight. You know, I know that he's doing everything that he can do to be there for us.”

This is a family. An American family whose story is like tens of thousands of others across the country. According to a 2016 report from the National Kidney Foundation, there are more than 100,000 people waiting for a kidney transplant.

"He received a kidney transplant in the early 2000s or 1999 actually, and it rejected six years later because of lack of insurance," Steve's daughter, Aarika, explained.

Lack of insurance because he lost his job. Steve could no longer afford the expensive medication required to maintain his first transplant given to him by his brother.

That's what brings us here. 15 years on, waiting for another transplant.

"Dialysis is very taxing just for anyone," Aarika added. "So we've made a decision that we don't want another year to go by and him not have a new kidney and be able to kind of move forward with his life the way he wants to."

But first, he needs a match.

"We don't see a lot of participation from the Black community in organ donations, and I think that hinders us," Aarika said.

Steve’s donor doesn’t have to be another African American. It’s his B positive blood type that really matters.

Still, though, he and his family would like to see more Black and Brown people join the donor list. It's because around 35% of all people on dialysis for kidney failure in the U.S. are African American.

"I see far too many people that look like me that are my age or younger," Steve added.

For those interested in reaching out to the family, they can be reached via email at  or steveg.kidney@gmail.com or on Instagram @steveg.kidney. Interested donors must be over the age of 18, in good health and have B positive blood to be a potential match for Steve.