Through heartbreak, San Antonio family rebuilds after the storm 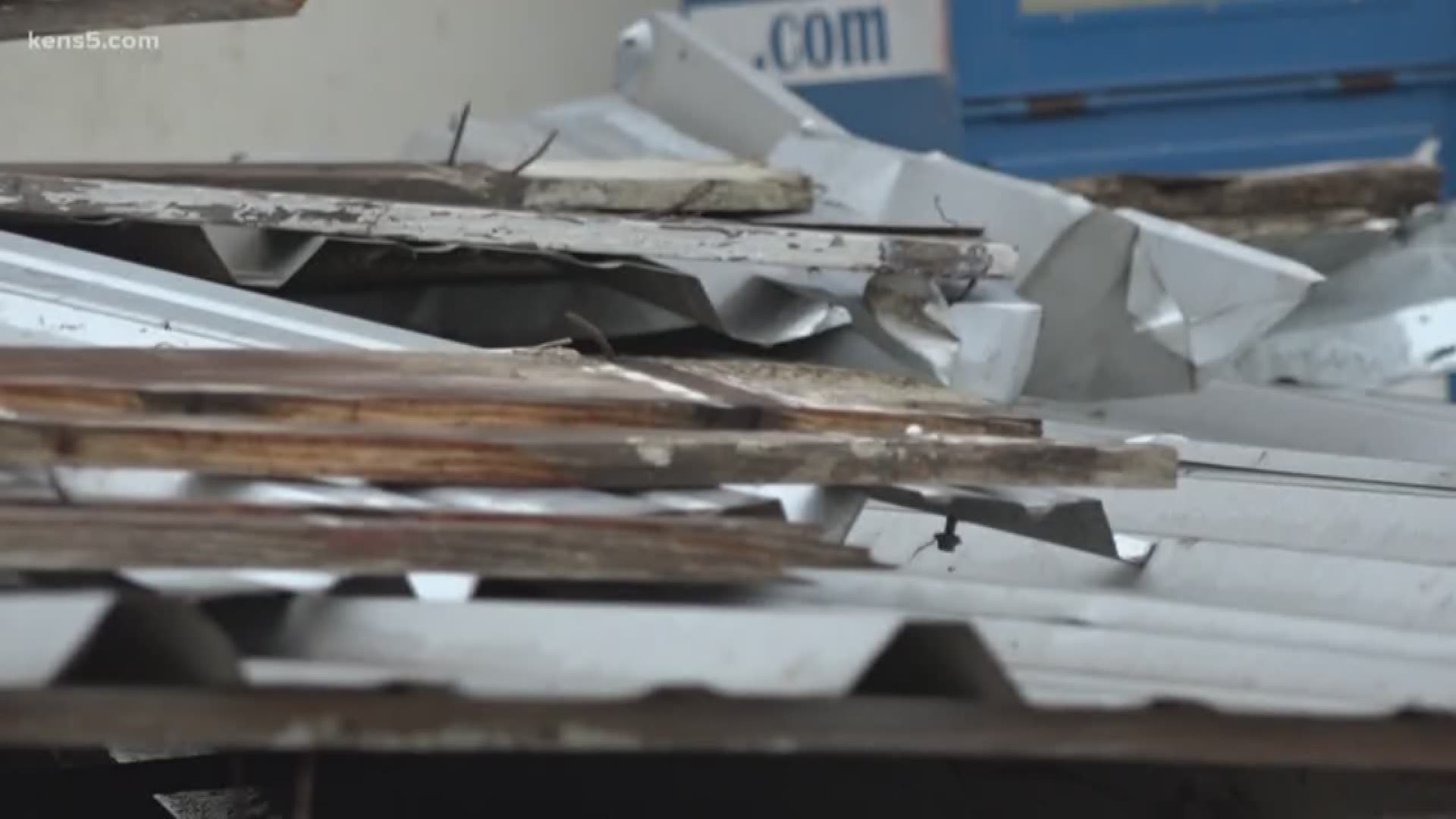 The same destructive winds that left behind massive damage at Bubba’s Burgers and Fries.

The storm caused the front awning of the structure to collapse, leaving mangled metal and other debris littering the front pathway.

Plus, the roof from a storage building next door to the restaurant blew off.

“Apparently it blew up and then blew back down, I don’t know how it happened, it busted up all my roof right here on top,” said owner, J.L. Wingo.

Metal roofing also wrapped around stakes in the back yard of the restaurant and left a metal four by four impaled through the roof, causing a leak inside.

“It had to of been a tornado,” said Wingo.

The NWS San Antonio said so far there have been no confirmed tornadoes in the area, but winds were close to 75 mph.

Wingo has owned the restaurant for 16 years, after working in maintenance at South San Antonio ISD for 25 years.

As Wingo surveyed the damage Monday morning, his heart was at home.

“My wife was diagnosed with cancer,” said Wingo.

He said they just got the diagnosis three weeks ago: stage three lung cancer.

“And then, this happens,” said Wingo. “When it rains it pours.”

The community has come together for Wingo and his wife, offering to help with clean-up and repairs.

“We got people that have offered to help, bring their tractors, bring their trailers, and I guess we’ll just take it apart a little bit at a time,” said Wingo.  “It’s really special - people reaching out and wanting to help. It tells you something about the place.”

Wingo said that over the years they have hosted birthday parties at no cost for area kids, and sponsored sports teams and other events.

Wingo is not only trying to mend this damaged building but find the strength to weather difficult times ahead.

He said he hasn’t decided whether or not he will sell the restaurant after he makes the needed repairs.  Wingo said his wife, who is the cook at Bubba’s, may not be able to return to work.

“It's a bump in the road like she said, we'll get through all this,” he said.

Wingo said no matter what happens, he will have things cleaned up by the weekend.

Friends and family are hosting a benefit at Bubba’s to help raise money to offset medical costs.

The benefit will have an auction and silent auction and will start at 2 p.m. Sunday at Bubba’s, 11089 North Sulphur Springs Road.