The non-native Hypostomus Plecostomus has no natural predators, so its numbers are growing at an alarming rate. 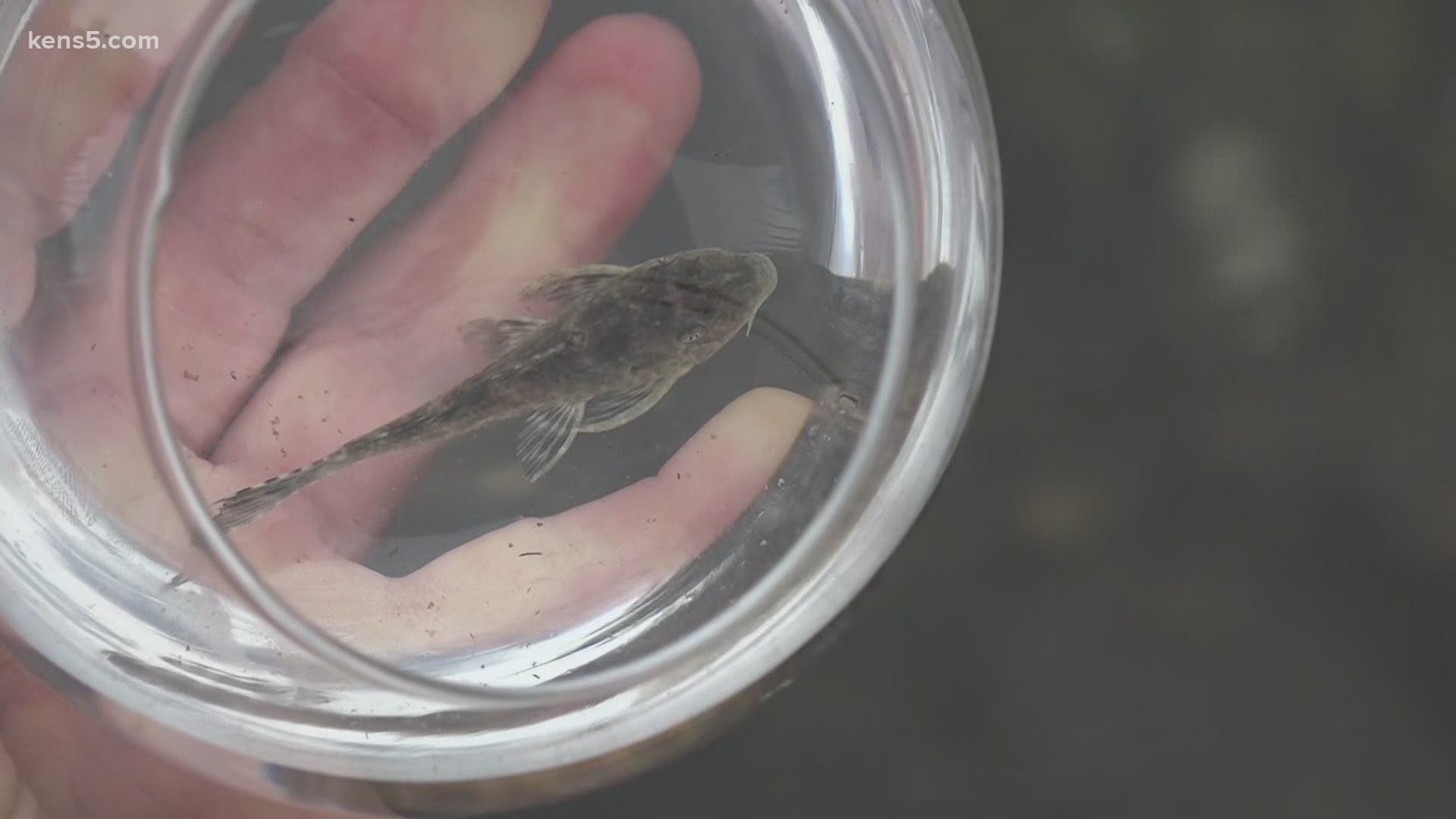 SAN ANTONIO — In record numbers, pandemic-weary people have been lured to the outdoors as a cure for cabin fever.

Census counts on the San Antonio hike and bike trail system have never been higher, and a new wave of anglers is taking to the banks of the San Antonio River to catch physically distant, healthy fun.

But people who are after bass, catfish, and even tilapia have noticed an unwelcome invader fish in the shallows.

Experts with the San Antonio River Authority say these non-natives have no natural predators -- and anglers don’t want them -- so their numbers are growing at an alarming rate.

“People generally refer to this fish as plecos," says Melissa Braynt of SARA. "It’s also called an armored catfish or a sailing catfish.”

Their full name is Hypostomus Plecostomus. Bryant says, “It’s got very tough skin. Nothing eats them. They don’t have any predators in our basin.”

Bryant says plecos are bottomfeeders that prefer to eat algae that grow on the man-made surfaces of the downtown river reaches.

“That’s why you see them a lot on the Museum Reach, all the way down to the Eagleland reach, mostly along the concrete wall edges,” Bryant says.

Bryant says the last time the channel was emptied for cleaning, work crews removed 355 of the pests.

“You can see that there’s just a ton of them lining the channel of the banks,” Bryant says.

And it’s true. At the river tunnel inlet structure just north of the Pearl, dozens of the one to two-foot-long well-armored giants can be seen just below the water’s surface. Across from the Blue Star complex south of downtown, plecos gather where the water runs shallow over a small dam structure.

And while the fish are a pest in the downtown channel, Bryant says they cause a much bigger threat in the natural areas of the river because they can destroy habitat.

Bryant says the potential for damage increases as the fish continue to increase in number.

“If they continue doing that in certain reaches, it will just continue erosion and the instability of the bank,” she said.

The fish are known to be very strong and very resilient and Bryant says they are tough to eradicate.

Bryant says state game laws require anglers who may catch them inadvertently to kill them. Bryant says the fish should be removed from the area and disposed of properly.

“Make sure that it is thrown away not close to the banks! We’ve had instances where some of our crews put them aside to dispose of them properly later, and they have made their way back to the channel, so just make sure that you have it contained, and when you get home, dispose of it properly,” Bryant says.

As for stopping the problem at its source, Bryant says aquarium owners shoulder much of the blame for introducing more of the fish into the environment.

Bryant says when the plecos begin to outgrow their aquariums, frustrated fish owners often get rid of them by releasing them into local waterways.

“They overtake the tank and they figure they can just dump them in the creeks and rivers, so we have a big advocacy program, just trying to educate the public and the community that we don’t want any of the non-native, invasive species, that are typically put in fish tanks to be dumped into the rivers and creeks,” Bryant says.

Because millions of public dollars have been invested in restoring the San Antonio River, Bryant says it is crucial for everyone to do their part to protect one of the city’s greatest natural treasures.

Texas Parks & Wildlife has a dedicated website that addresses invasive species in the state, as well as information on the dangers of dumping animals out of your aquarium.

Click here to learn more about getting involved in volunteer events connected to the San Antonio River: 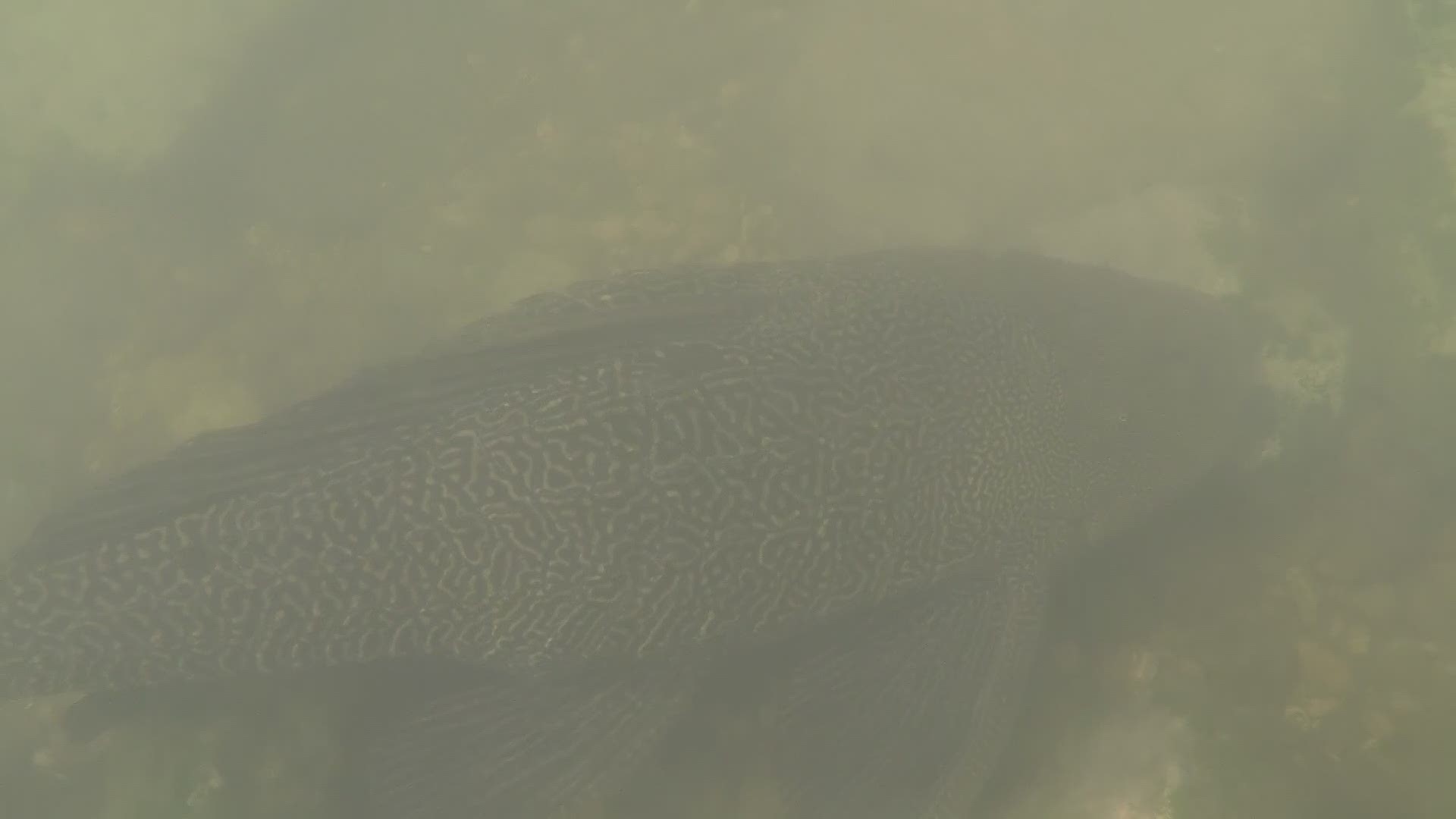