A lawmaker believes the state’s THC law is starting to have an unintended effect on students who are getting expelled from school and facing felony prosecution. 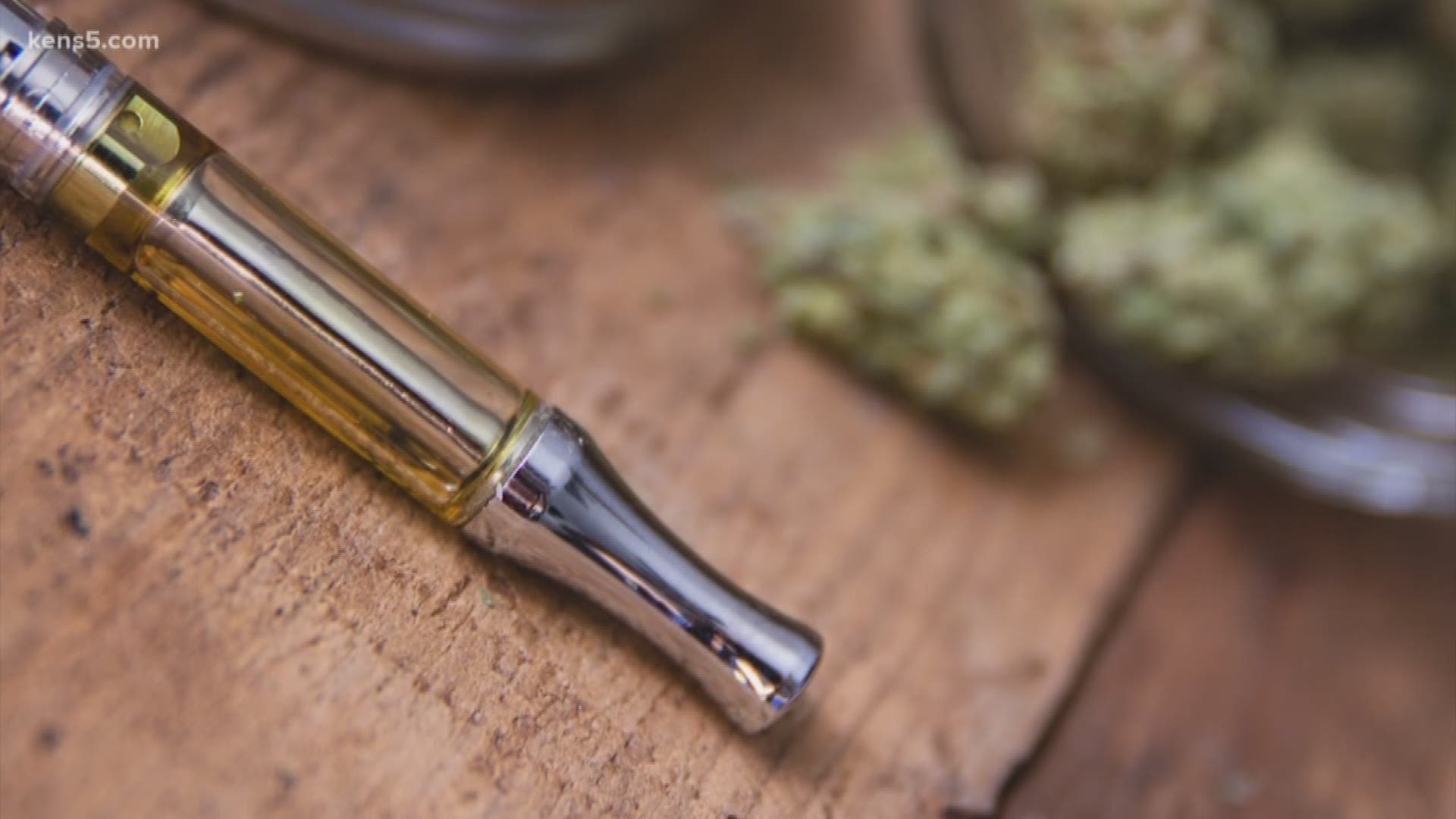 SAN ANTONIO — Comal Independent School District Superintendent Andrew Kim sent a letter home to the parents of his students recently to educate them the state’s law on THC oil and the device their children use to smoke it.

Kim described a DAB pen, which used solely for smoking THC oil. It works like a vaping pen, but with tiny concentrates of THC oil. However, the size doesn’t decrease the punishment.

“The possession of a DAB pen is a state jail felony, regardless of the amount of THC oil contained within,” Kim wrote.

He explained the charge could, at a minimum, result in students spending 180 days in jail and up to a $10,000 fine. That’s the criminal portion. Academically, the disciplinary remedy is equally devastating.

“I don’t want to see good kids receiving serious legal and disciplinary consequences because of a poor choice,” Kim said.

Unfortunately, that is becoming the case in Bexar County. According to statistics from the Bexar County Juvenile Probation Office, felony drug offenses outranks any crime at their Juvenile Justice Academy. A closer look at the drug offenses shows vaping/THC oil cases top the list.

“There’s a growing consensus in the state,” Kevin Collins said. “We have to take action and stop these mandatory expulsions in vaping cases.”

Collins is a former juvenile prosecutor turned defense attorney. He has represented clients at school hearing in these cases. “The school district should consider consequences less drastic,” he said.

He said the good students are kicked out of school, sent to juvenile justice academies where they are mixed in with more serious offenders and fill these facilities up with students who should be held accountable in a less severe fashion.

Collins said the process is also disruptive to a student’s high school education. A DAB pen/vaping/THC oil felon would likely find it hard to be accepted into a good college or get financial aid.

“We know that this is a huge problem. Not just here. Not just in the city, but all across the country,” Audrey Chancellor said.

Chancellor is the Executive Director of Communications for Northeast ISD. The system is trying to educate parents and students about the severity of laws when it comes a device with THC oil in it. They are also explaining the negative health outcomes.

But the vaping campaign also comes with the stern enforcement of the law---which the district sent a letter home to parents about.

“If there is a student who happens to have a vape---and then there is a reasonable suspicion that vape could contain THC---we will test it right then and there,” Chancellor said.

43 students and counting have been expelled since school started.

Northside ISD sat down with its lawyers to see if there was some flexibility in the law to make sure they ruled in the best interest of the student, NISD Executive Director of Communications Barry Perez said.

“I think it’s one thing to interpret the law and be aware of what the law says you can do,” Perez said. “But I also think it’s critically important for us to understand if the law allows for consideration of other factors.”

NISD has a no vaping campaign called VapeFree NISD. Still, San Antonio’s largest school district saw growth in vaping/THC oil expulsion. The district had 26 in 2017-2018. The number of students facing the same fate jumped to 192 in 2018-2019.

“If a child takes two ounces of weed to school---think about how much THC is in that,”’ Collins said. “It’s a lot more than a dab pen, right? But that’s a misdemeanor.”

In Collins’ example, the student has an opportunity to return to school.

“The severity of the punishment, in my mind, does not fit the crime,” Rep. Lep Pachecho said. Pacheco represents District 118 and sits on the Texas House’s Jurisprudence Committee. They examine laws.

He believes his committee may need to rethink the punishment for THC oil and vaping devices. “We don’t want to prevent them from furthering their education,” he said.

Won't you be my relative?: Genealogists find Tom Hanks and Mister Rogers are related