Aaron Leal lives along the Texas-Mexico border in La Joya. He's excited to be one of five students in the finals for Duck Tape's "Stuck at Prom Scholarship Contest." 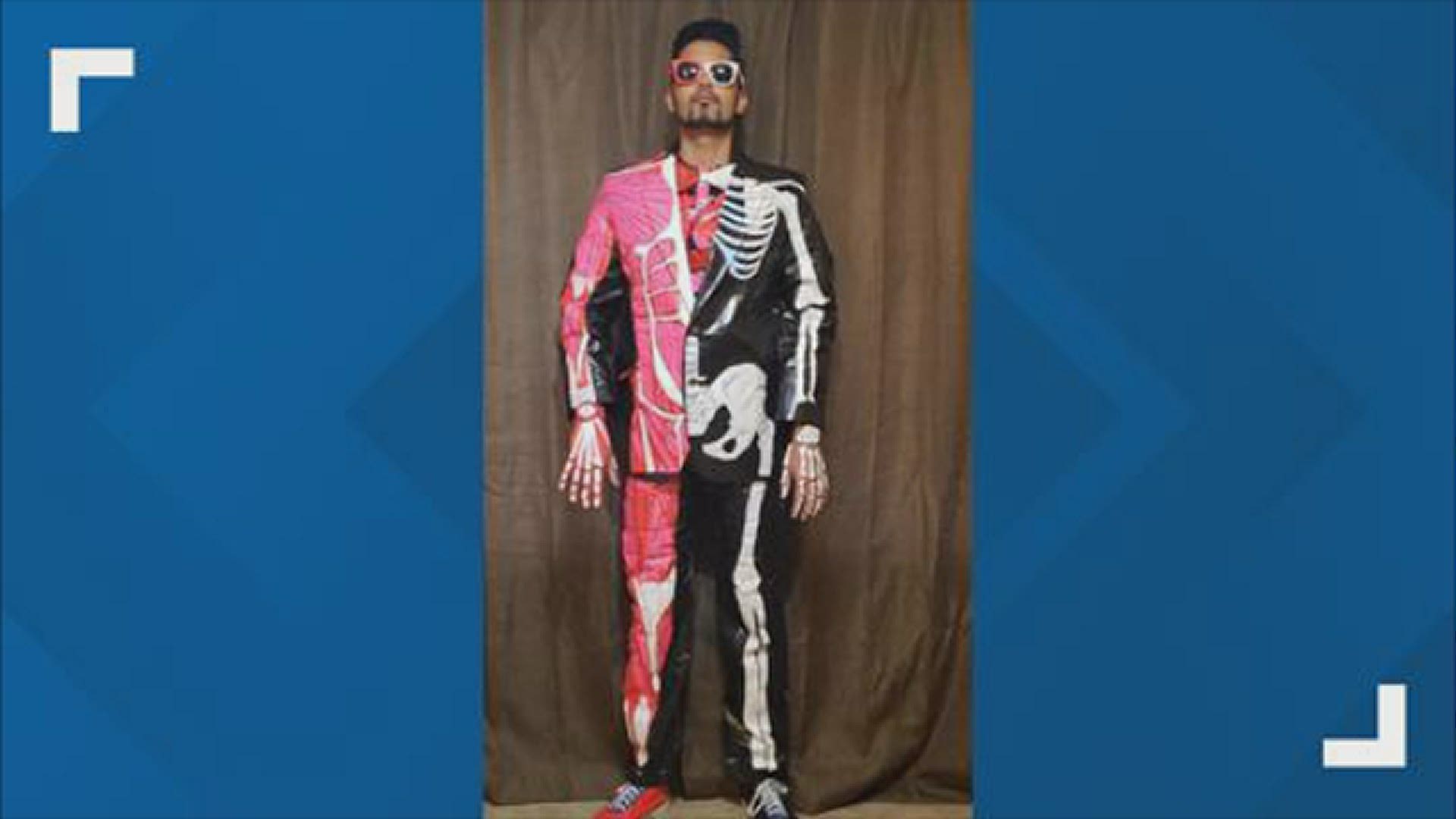 SAN ANTONIO — Update: Aaron Leal finished as a runner-up and won a $500 cash scholarship and a Duck Brand prize pack worth $100.

In searching for how to pay for college, Aaron Leal – who lives near McAllen – came upon a scholarship opportunity unlike any other. The catch? Make a tuxedo out of duct tape.

And not just any duct tape… The Duck Tape brand that’s mascot is – you guessed it, a duck – sponsors a contest every year for high schoolers to come up with the most creative prom dresses and tuxedos possible that can be crafted out of their sticky and colorful product.

The total amount of hours he approximates was 80 hours of craftsmanship that led to his anatomy-inspired red, white and black tuxedo.

“I was inspired by the human body and its complexities. I am thinking about becoming a nurse practitioner so if I win, this would be a great help to pay for my tuition,” Leal said. “One of the thoughts that was going through my head was that I want to make something no one has ever seen before. I wanted to make a statement and let others know what I truly am made of.”

Leal said he was hesitant at first to embark on such an endeavor. But then he thought about what it could yield in the end: Up to $10,000 for college.

“I didn’t really want to make it because it would be a lot of work, but then I thought to myself, ‘You know what? The more work I put into it, the more likely it might actually make it to the finals.’ And it did!”

Leal is one of five finalists in the tuxedo portion of the contest. The winners will be announced July 21. To learn more and see all of the entries, visit the company's website.