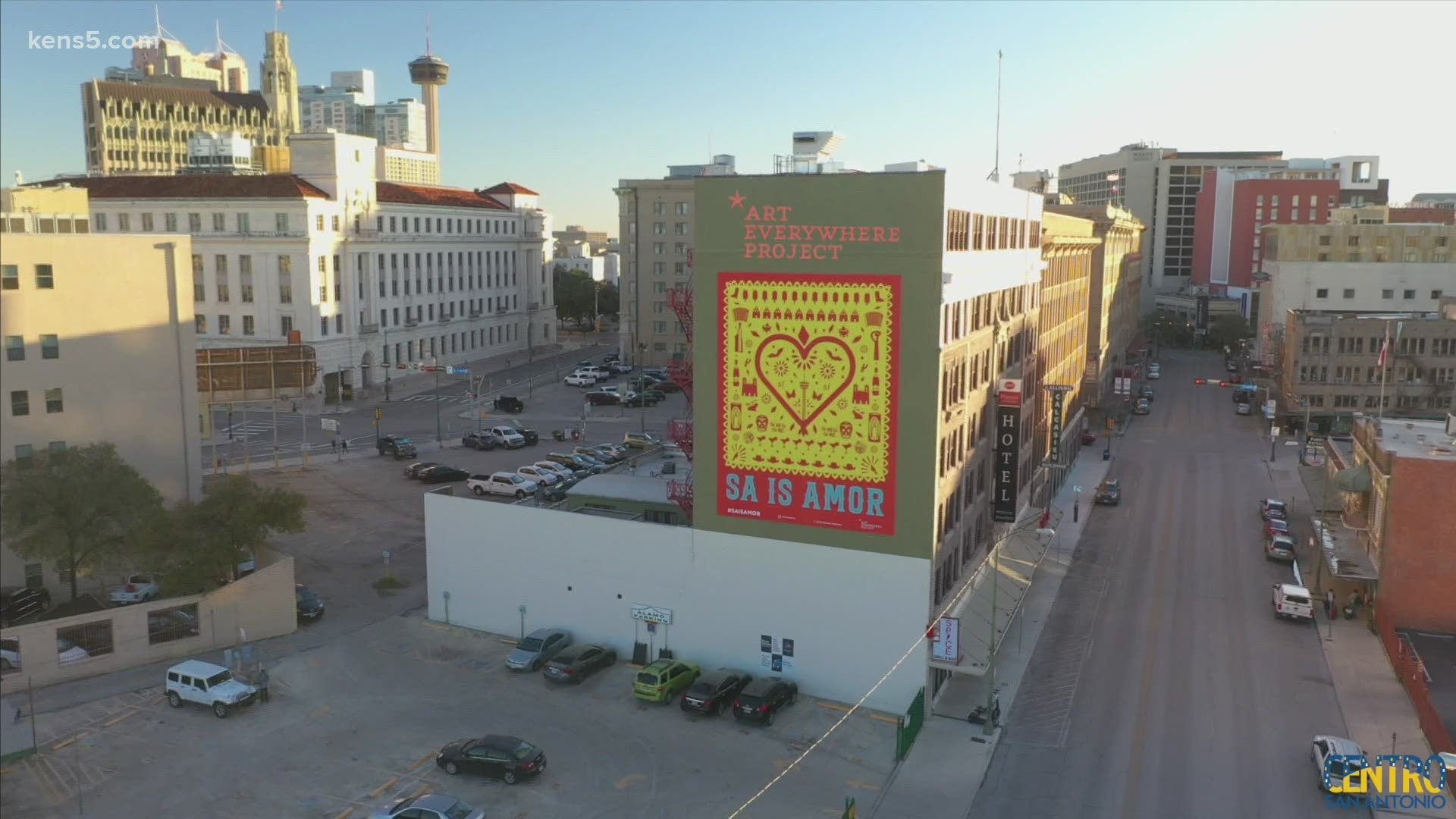 The video above is from an interview about art installations throughout the city.

The sculpture represents San Antonio’s commitment to equity and reputation for warmth, hospitality and friendliness. It was installed on the southside of the airport’s entrance on Airport Boulevard. There are five vertical steel components which appear to support each other’s weight. The idea is to implore people who look at it to see themselves as part of a greater whole.

There is negative space at the top of the sculpture which creates the shape of a star when viewed from two vantage points. It symbolizes "San Antonio as a Lone Star city with characteristics unique among cities."

Today we unveiled the “Star of Texas” by the Artist Sebastian. Installed on the southside of the San Antonio International Airport's entrance on Airport Blvd., the “Star of Texas” stands at a total of 17-feet and is painted Sebastian’s signature fiery red. #GetCreativeSA pic.twitter.com/ageBo4PGpl

“Public art is a significant part of who we are, representing where we’ve been, where we are, and where we hope to go as a community,” said San Antonio Mayor Ron Nirenberg. “The ‘Star of Texas’ speaks to the long-lasting impression San Antonio leaves on visitors and residents alike. Whether visiting San Antonio for the first time or the 100th, or a resident leaving the airport for a vacation, we all know the feeling that keeps us longing for a fast return to this great city.”

If the “Star of Texas” looks familiar, you may recognize Sebastian's other iconic projects, such as the “Torch of Friendship” and “Door of Equality” in downtown.

Sebastian’s artwork can be found all around the world including Germany, Belgium, Brazil, Colombia, Spain, the Netherlands, Sweden, Norway, Ireland and many other locations.

“As the world’s gateway to San Antonio, San Antonio International Airport is proud to host one of Maestro Sebastian’s iconic sculptures,” said Jesus H. Saenz, Jr., IAP, Director of Airports, San Antonio Airport System. “The ‘Star of Texas’ will be a beloved landmark for travelers and residents alike for many years to come."

For more information about the “Star of Texas” and the Department of Arts & Culture’s Public Art Program, click here.