Only one public middle school qualified for the state robotics meet: an all-girls team from Plano

Ravenclaw Robotics is the only public middle school team in Texas to qualify for state. 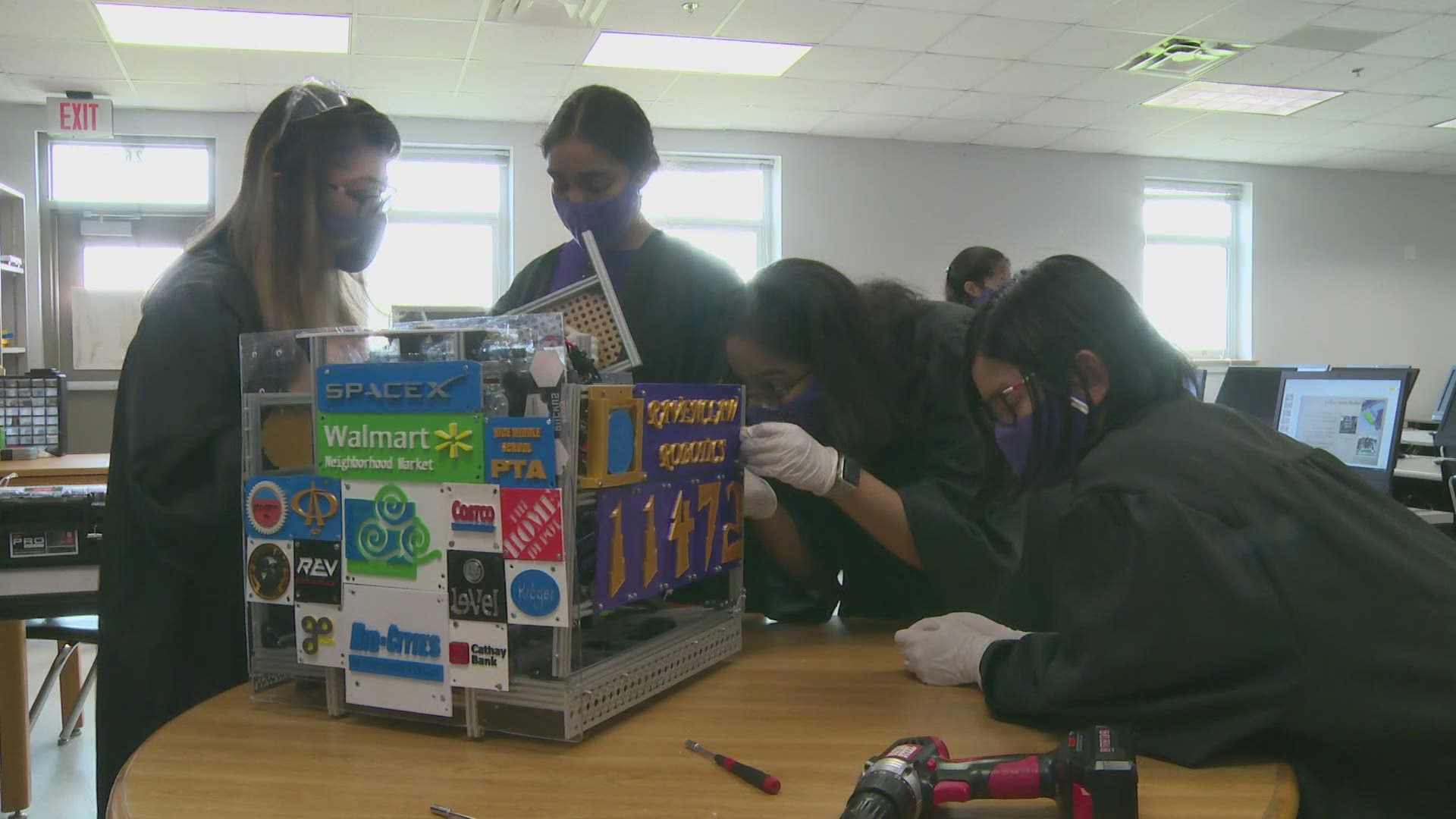 PLANO, Texas — When Rice Middle School in Plano decided to start a girls-only robotics team last year, coach Anya McCarthy believed they had the skills to compete with anybody.

What her team didn’t have was confidence.

“At first, I was pretty skeptical about it,” said eighth grader Aahana Shrivastava.

“High school teams and private school teams have much more funding and experience than us,” added seventh-grader Louisa Xu. “We didn’t have much confidence that we could beat them.”

In fact, no public middle school from North Texas had ever qualified for the state meet, and these girls didn’t know the first thing about building a robot.

Still, the Ravenclaw Robotics team—which is what they call themselves—worked tirelessly, oftentimes staying at school until nearly midnight.

“I’ve never had a team that was that determined,” McCarthy said. “The more we went through it, it just fueled us.”

Even though other teams had more experience and some even had 10 times as much money, the girls were undeterred.

They entered their first competition - and won. Then won again. In fact, they won four times before competing virtually in the regional meet a few weeks ago.

The top team at regional qualifies for state.

Only about half of the scoring is determined by the performance of the robot. The other half comes from outreach: the more teams give back to their communities, the better the score.

While Ravenclaw built a robot good enough to compete with the rest, they outdistanced the competition when it came to service.

They helped get their school a wheelchair, mentored younger girls about STEM-related subjects and raised money to help fund their program.

Still, winning at the regional meet was a longshot. But they pulled it off. Ravenclaw Robotics is the only public middle school team in Texas to qualify for state.

“There was so many happy tears and screaming,” said McCarthy, who actually cried when her team was announced as the winner.

“We actually really got to state,” Shrivastava said. “I was like, ‘no way!’”

The state meet kicks off June 11, and whether or not these girls have a robot capable of winning, they said doesn’t matter.

By making it this far, they have already proven something to themselves.

“Girls can accomplish just as much as boys,” Sen said.

“We are capable of many things,” Shrivastava added. “We are strong, hardworking and we don’t let people take us down.”

Regardless of the outcome at state, coach McCarthy said she’s already beaming.

Still, they’re going to do everything they can to win.

“That’s our plan,” McCarthy said with a laugh.