Woman drops hat from parking garage, fellow Astros fans work to get it back to her 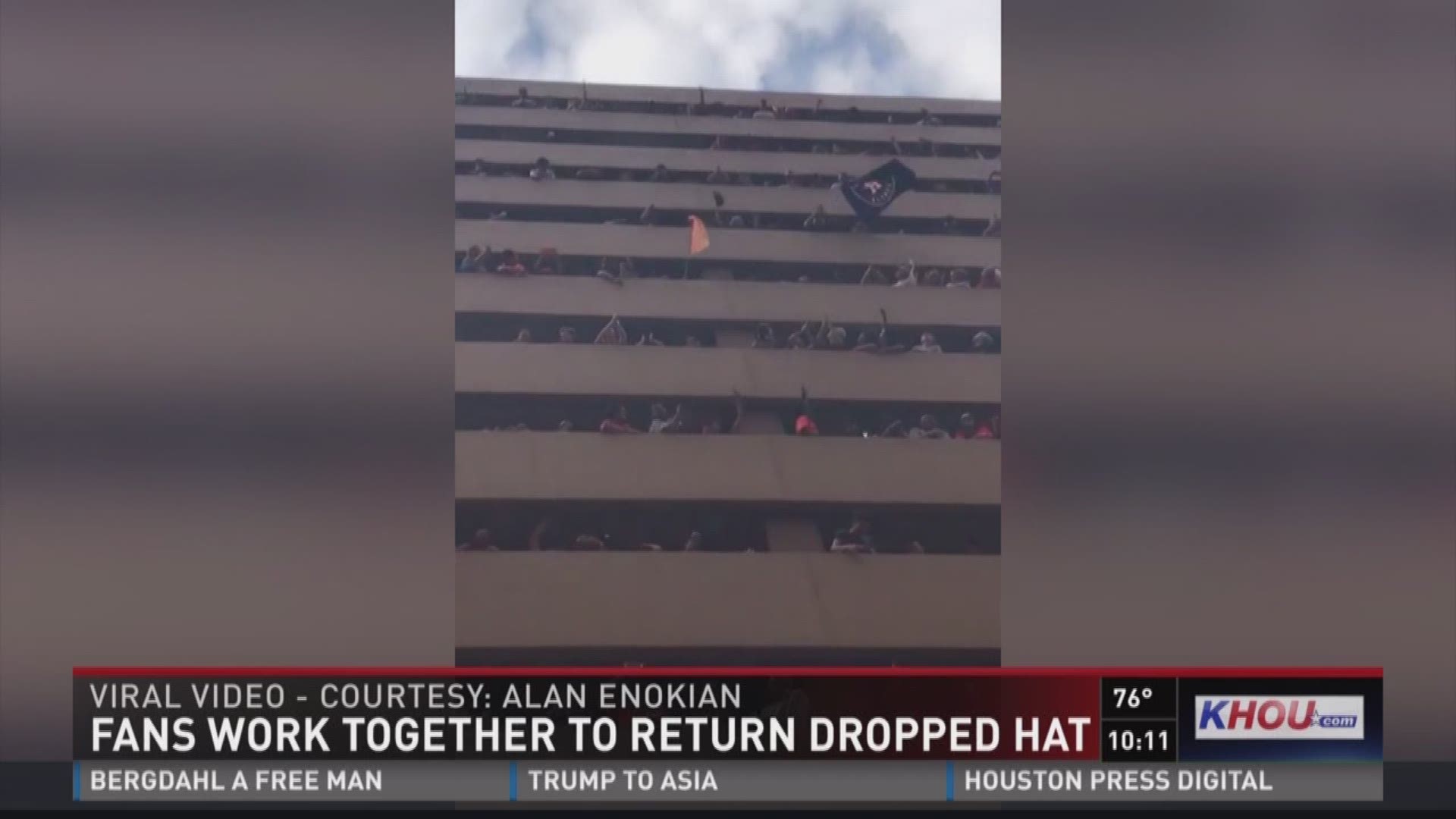 HOUSTON - After a woman dropped her hat from a parking garage during the Astros victory parade Friday afternoon, fellow fans helped get it back to her.

In a video posted on Twitter by Alan Enokian, Astros fans can be seen throwing the hat up from lower levels to upper levels of the garage.

With every successful toss to the next level above, the crowd in the garage and on the street cheered.

The hat eventually made it up to an upper level where the woman caught it and waved it triumphantly.

Within a few hours, the tweet caught the attention of Texans star J.J. Watt and Sports Illustrated.

Since it was posted around 4 p.m. Friday, the tweet has gone viral and has been retweeted more than 28,000 times and liked more than 48,000 times, with those numbers continuing to grow.

The tweet is only about a minute long, but it tells an outsider just about everything they need to know about Houston.

In times of need, from Harvey to the Astros and even to reuniting a woman with her hat, Houstonians have each other's back.

This lady dropped her hat, and Houston came in clutch to get it back up to her #earnedhistory pic.twitter.com/1thxzO7B6i

Haha this is awesome https://t.co/YTuW059aPf