"An African American patient who is looking for a match only has a 23% chance of finding someone on the registry," a GenCure spokesperson told KENS 5. 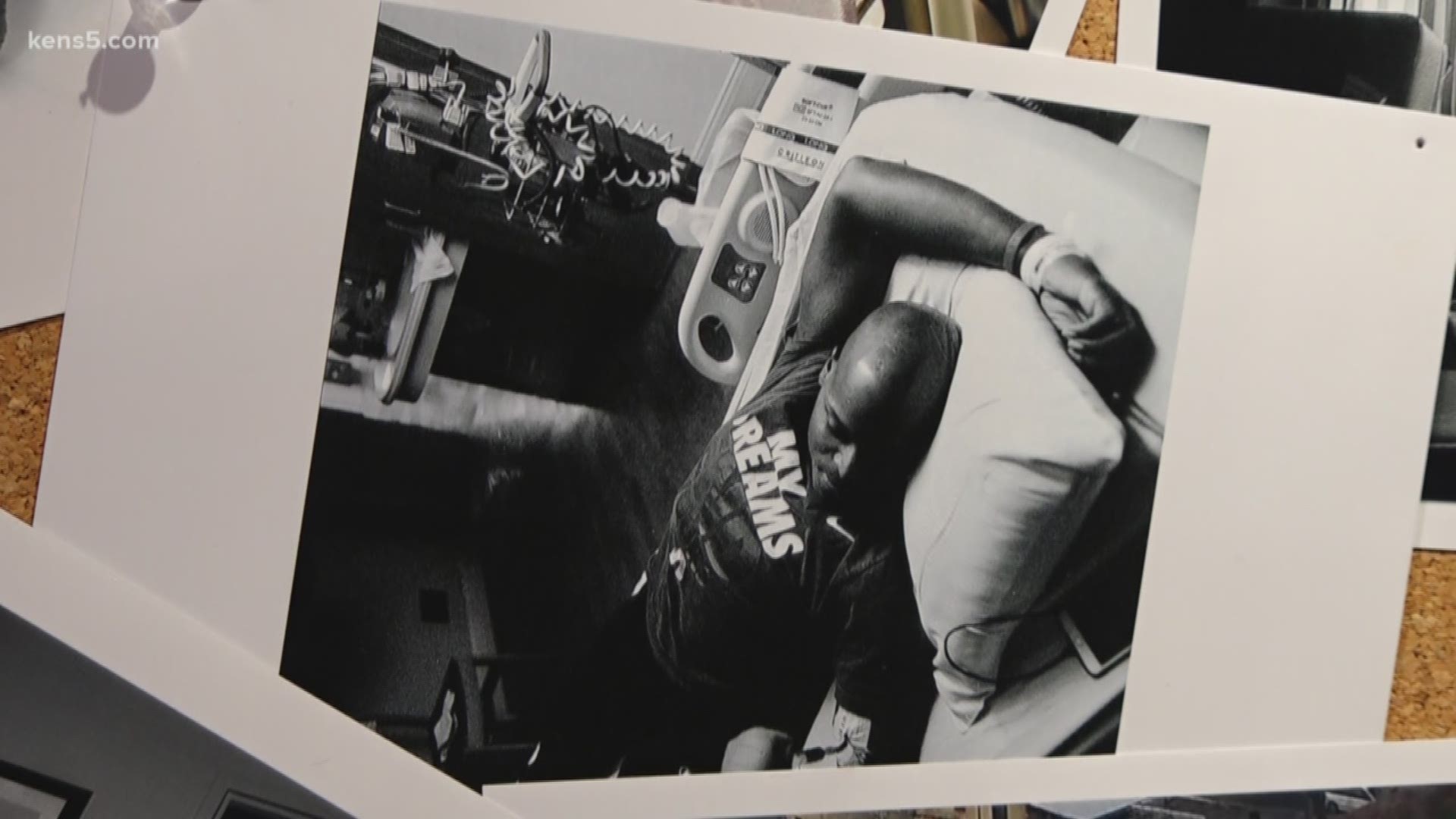 Winchell Reginald "Reggie" Campbell passed away on May 15, 2020 after his 3 year battle with leukemia. Reggie passed away in the morning, with his loved ones around him, according to a spokesperson with the family.

The following is a portion of the statement sent from GenCure spokesperson, Ashley Frolick:

"In the weeks before his passing, Reggie and his family were showered with the love and support of their family and friends.

I wanted to thank you for sharing Reggie’s story in January. His story reached far and wide and inspired so many people. More than 600 people joined the registry in his honor, and countless others donated because of his story.

Most of all, the love and support that the family received gave them so much hope. It made such a huge difference."

The best thing about a picture is that it never changes, even when those in it do. For a man that has spent most of his life behind the camera, Reggie Campbell is now the one in focus.

"I've been shooting for a long time," he said over the phone on Sunday. "I can stop time and go back and look at that."

More than ever Reggie would love to stop time, as he begins his third fight with leukemia with his wife and 4-year-old daughter by his side.

Reggie now needs a bone marrow transplant to make it through but the odds of finding a donor that matches him are slim.

Due to complex tissue types found in some ethnic groups, a person's best chance of finding a 100% match is with someone in their same ethnic background.

"An African American patient who is looking for a match only has a 23% chance of finding someone on the registry," Ashley Frolick a spokesperson with GenCure told KENS 5.

"Part of that is because out of the 23 million people on our national registry only 4% are African American. Right now we're just trying to spread the word for Reggie."

On Tuesday, Frolick told KENS 5 that 293 people started the registration process using Reggie's text to join code. Several of those who stopped by to register did so because they heard about Reggies' story, she said.

On Monday at the end of the MLK march at Pittman-Sullivan Park, GenCure set up a blood and bone marrow registry drive.

"Finding a marrow match is their last hope for a cure," Frolick said. "So it's so important for as many people to join the registry."

A quick mouth swab could give you the opportunity to stop time for patients like Reggie, who want nothing more than to continue making memories.