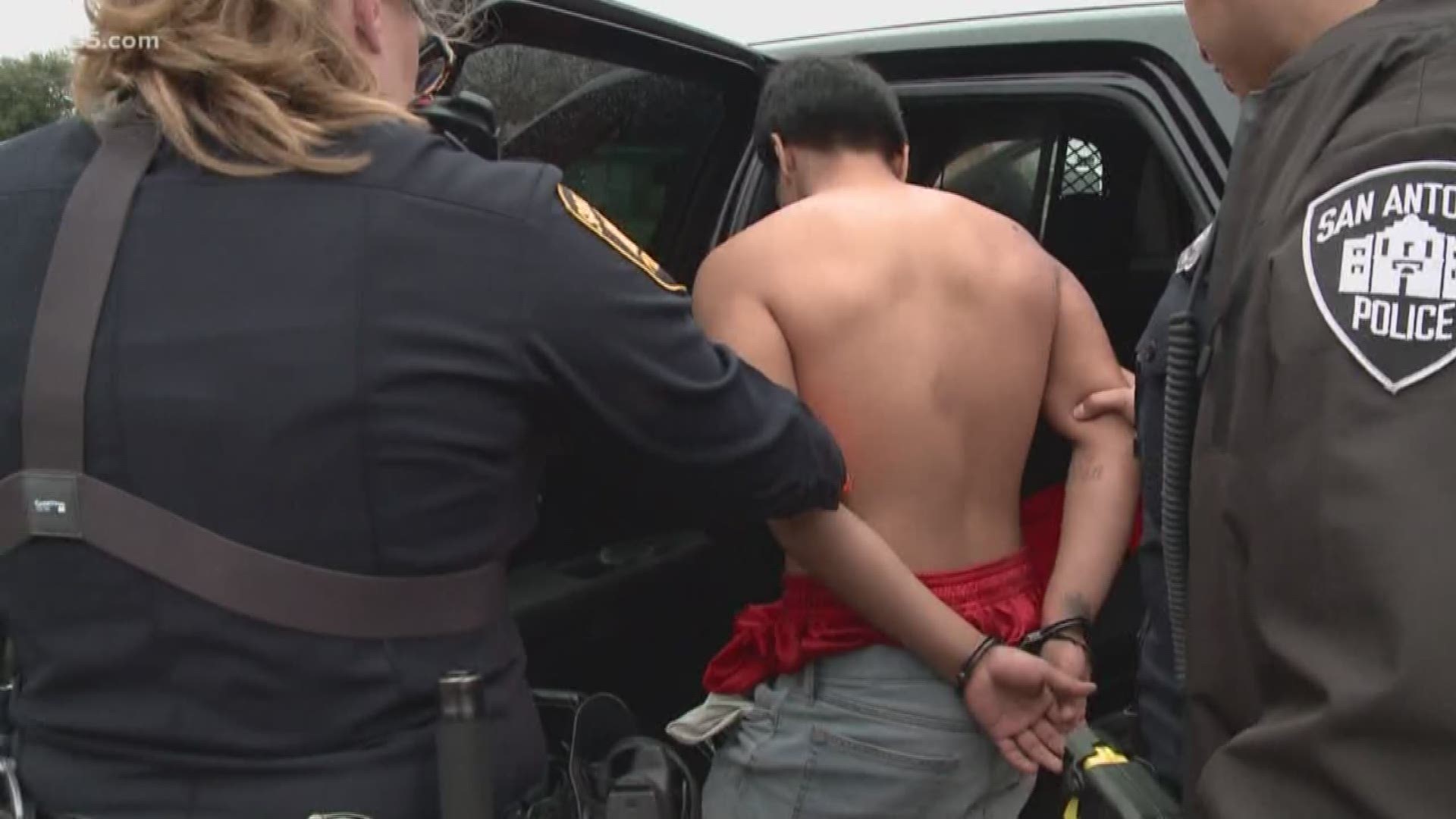 SAN ANTONIO — KENS 5 went on a ride-along with San Antonio Police as they took down wanted suspects. Officers went across the city to arrest alleged repeat offenders. Investigators said they're trying to bust them before they can steal even more San Antonio rides.

At one moment, KENS 5 cameras caught the heart-pounding moments as officers chased a teenager down. Officers had to jump over fences to get to the teen wanted for stealing a car.

Christian Avila Martinez, 19, is one of nearly two dozen wanted suspects and part of a vehicle crimes warrant round-up. Officers with the Street and Vehicle Crimes Units took part in the round-up with the Regional Auto Crimes Team.

SAPD said the majority of stolen trucks are ending up along the border.

"And either used for human smuggling, or vehicles being transported across the border are used for transnational crime," Alonzo said.

Sgt. Alonzo is with the Regional Auto Crimes Team. He said they're aggressively going after repeat offenders.

"These repeaters are on our radar," he said. "Individuals that commit vehicle crimes on a regular basis."

Police said a high number of these cases are because drivers are leaving their keys inside their car. The Motor Crime Prevention Authority plans to soon post signs as a reminder to do the following:

For more tips, click on the video below posted by San Antonio Police.