20-year-old Abdullah Alaboosi received the surprise of his life when he looked inside an 'Awesome Sauce' envelope. 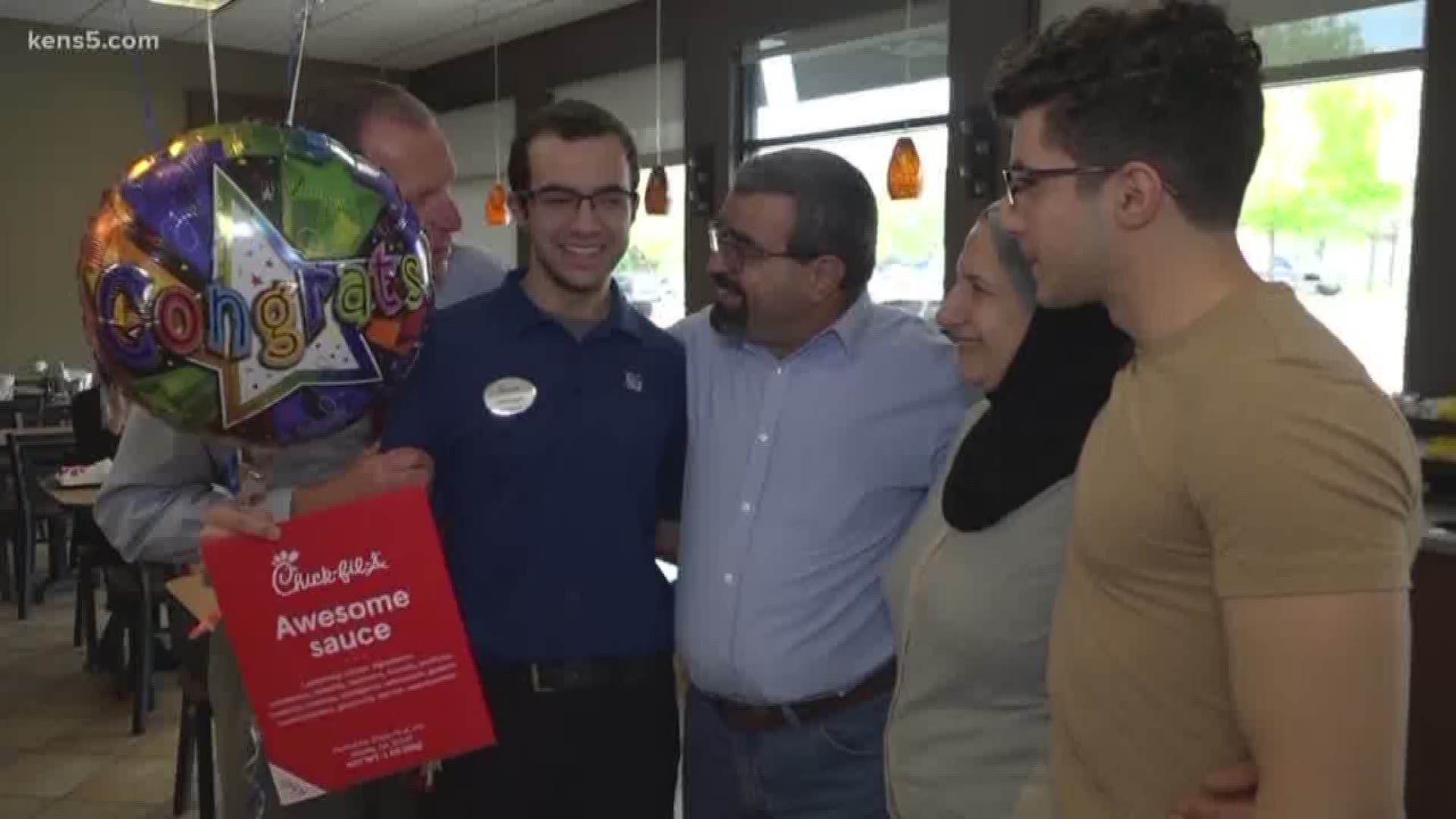 SAN ANTONIO — What started out as a normal day for one restaurant worker quickly turned into an unforgettable one, thanks to a ‘Chick-fil-A-sized’ surprise.

Abdullah Alaboosi was born in Iraq and grew up in Jordan. He moved to the United States as a teenager and became a U.S. citizen when he was 17.

“I’ve been living in San Antonio for, I think, 9 years now; I came in from Jordan. I moved in with my family here for a better living opportunity,” he said.

He got a job at a local Chick-fil-A, working 50 hours a week to help with his family’s expenses and quickly moved up.

”Just recently, he became the number two leader at my restaurant. He’s worked his way up from the bottom almost to the top, and he’s got a great opportunity and future ahead of him,” owner and operator of Chick-Fil-A- Medical Center Mark Wasserman said.

That future just became a little bit more attainable, thanks to a $2,500 Leadership Scholarship he received from Chick-fil-A.

“He is disciplined, he is teachable, he is incredible trustworthy. A man of integrity; I could go on. But leadership is primo in his life,” Wasserman said.

Abdullah credits his colleagues, his family and God for helping him through it all.

”My family, for sure... they’ve been throughout the whole journey of me working a lot. I thank God for everything. I’ve been blessed. Every co-worker has encouraged me just to stay on top of my school and keep doing my homework” he said.

Abdullah plans to attend UTSA in the fall and hopes to own and operate his own Chick-fil-A franchise one day.

“That’s the goal, hopefully," he said. "If not, somewhere in corporate will be fine because this company is just growing. It’s a great company and I don’t think I will ever regret being part of it.”

This year alone, Chick-fil-A has given out more than $15 million in scholarships to employees right here in San Antonio.

Abdullah will also be eligible to receive additional scholarships for the next two years.