Carol Burnett, who was born in San Antonio, accepted a lifetime achievement award in television at Sunday night's Golden Globes. 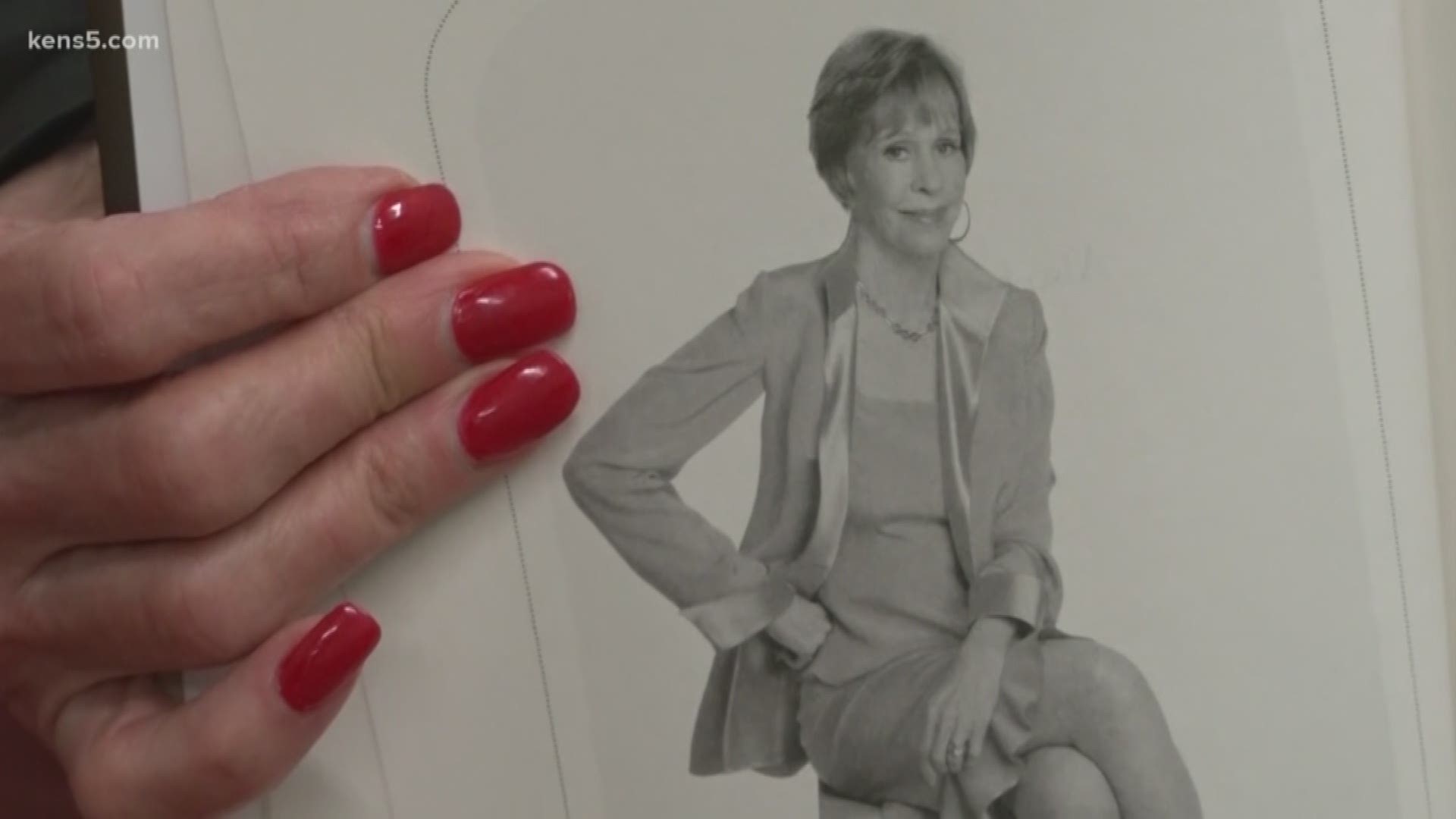 SAN ANTONIO — "This Time Together" is a special book for Mary Alice Cisneros. Flip open the hard cover, and you can see why.

That's what's inscribed on the title page of Carol Burnett's book. That autographed page is one of Cisneros' favorite parts of the book.

Another one of her favorite's is just a few pages later, when Burnett references the Alamo City.

However, Cisneros and Burnett don't just share a hometown. They also have shared a home.

"This piece of property, which we now call the Carol Burnett Center," Cisneros explained.

Mary Alice now owns the small house on West Commerce St. on behalf of her nonprofit organization, American Sunrise. But years ago, the house belonged to Burnett's grandmother. It looks a little different today than it did back then, but Burnett managed to leave a permanent mark on the property during her childhood.

"The sidewalks on Zazamora were so cracked...so her nanny said, from now on you rollerskate in the house," Cisneros said.

You can still see the grooves from Burnett's skates in the wooden floors.

One thing that has changed is the address of the home. The house was originally six blocks down the street, on the corner of Zazamora St. and Commerce St., next to a Bill Miller Bar-B-Q.

"Bill Miller wanted to grow the Bill Miller site," said Cisneros. "We got a call from Bayliss Miller, who said would we be interested...obviously, we were honored to pay for it in moving it here and then putting it on this particular site."

Now, the house acts as an after-school home for children on the west side of town. American Sunrise is a nonprofit run by Cisneros and her husband. They help kids who were Carol's age when she was living in the historic house.

"They're able to come in Monday through Thursday in an after-school program, and get the support they need to stay in school," Cisneros said.

The program provides food, homework help, college scholarships for older students, and acts as a literacy center for kids and adults.

Joclyn Torres is one student who utilized the program when she was a kid.

"English is not my first language," Torres said. "It was a one on one opportunity to help me learn, and that definitely helped me."

Years after her introduction to American Sunrise, she continues to utilize their resources. She is now a student at UTSA, where she uses a scholarship from the program to help her earn a double major in marketing and management.

And students who come here learn more than words and numbers. It's a place where they can gain confidence to make an international impact.

"I would love to help low income families - not just in San Antonio - but everywhere," Torres said.

It's the attitude of someone determined to change the world - just like the little girl who once lived here.