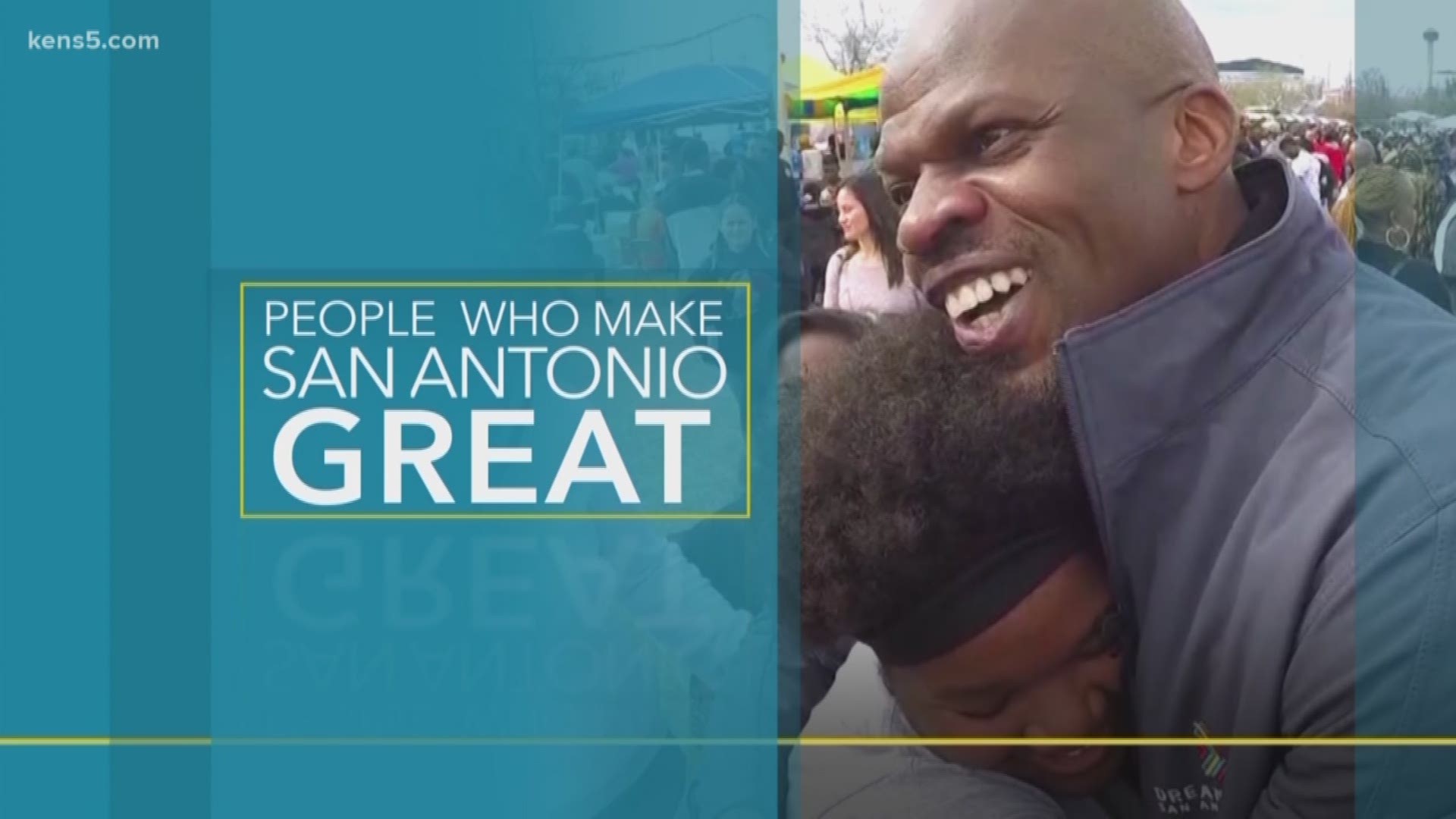 With thousands of people streaming into Pittman-Sullivan Park on Monday, an irresistible drumbeat rose above the crowd.

It was an impromptu concert of two African drummers celebrating the inclusiveness of MLK Day in San Antonio.

Nearby, another man has made inclusiveness a centerpiece of the city.

Shokare Nakpodia is the founder of DreamWeek, a January conference of speakers, artists, and educators who gather to promote big ideas like tolerance.

Nakpodia worked the crowd at this week's MLK Day celebration like a seasoned politician, although he's not a native Texan or originally from the United States. He grew up in Nigeria, then immigrated to New York before moving to San Antonio.

"And I just fell in love with the city,” he said. “It has a very European feel, something I admired, but most importantly, it gave me a welcoming sense."

That was 2002. Now, he has family here, many friends, and he runs an ad agency called The Mighty Group... which promotes DreamWeek. He calls the 3-week summit of ideas a perfect fit for the Alamo City.

"It's a place where tolerance, diversity and equality is celebrated,” he says, surveying the sprawling MLK Day crowd, “So I was fortunate in that I opened a door, but all the gifts, all the treasures, were already here.”

He says that San Antonio's enormous MLK Day march symbolizes what the city does best: bring people together from different cultures.

“To have the largest MLK march in the nation, and possibly the world, is a major achievement,” he beams.

It's an achievement of multi-cultural involvement from which, he says, the rest of the nation could benefit.

"Yes, you might have fights here and there, but we had the first African-American female mayor!” he exclaimed. “So it's just a magical place to be."

DreamWeek has grown rapidly in the last several years from its beginning in 2012. This year’s festival will include almost 230 events with the aid of more than 180 public and private sponsors. He sees the festival one day becoming just as powerful and popular as another seasonal event just up the highway.

"I honestly believe this place will be a destination, for years to come. It will be a SXSW but more cerebral, not just about conflict resolution, but to show what it is that makes us unique as human beings and finding that humanity in each of us," he said.

He's certainly found the humanity at the heart of San Antonio. That's why he's another one of the people who make San Antonio great.