"I think people in our position would want something positive to come out of terrible tragedy and this I think is a great thing," said James Jimmerson. 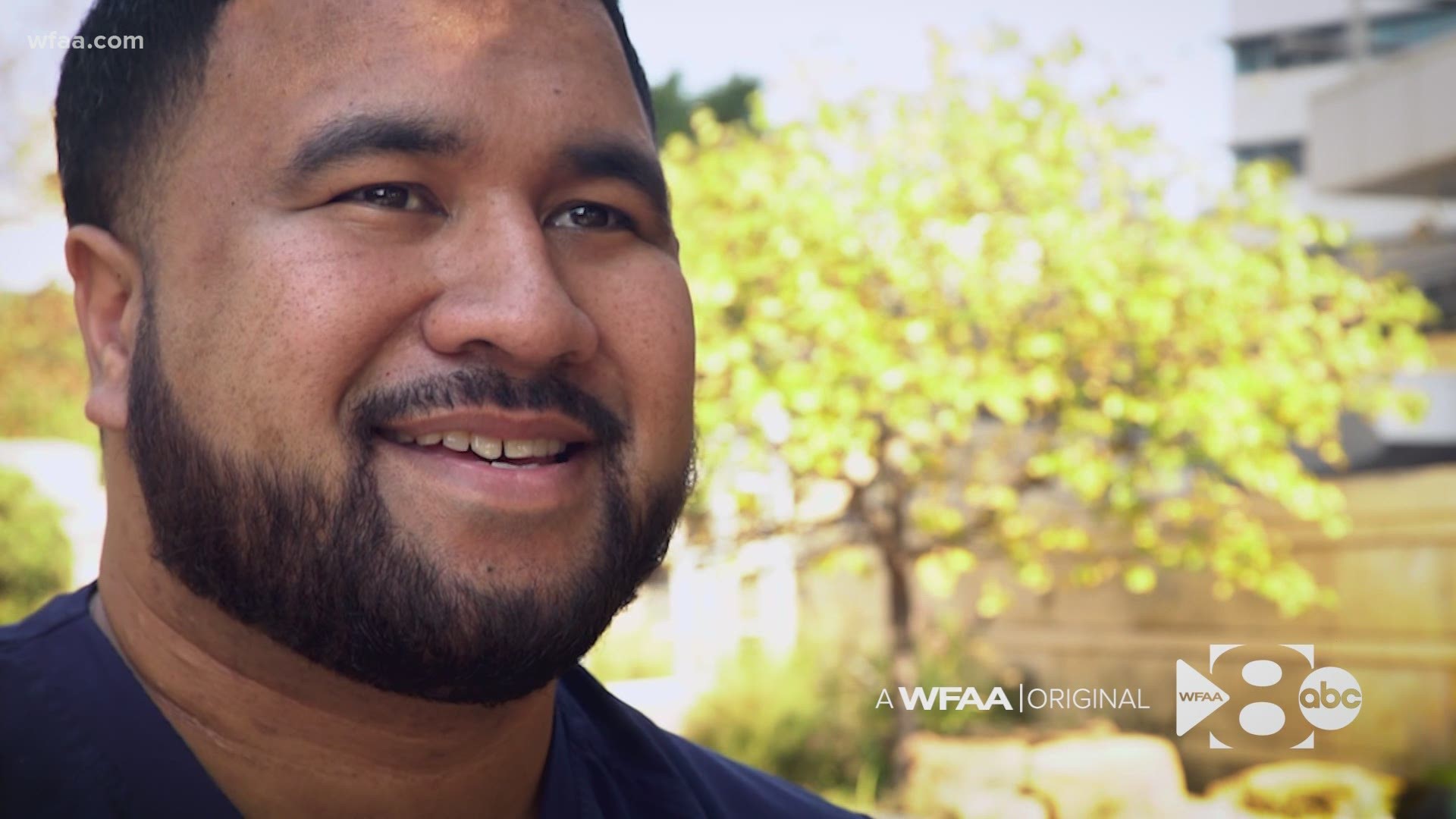 DALLAS — Baylor Scott & White Medical Center in Dallas has now performed its 1,000th heart transplant: medical miracles that recently brought together a grieving family from Las Vegas to meet the young man from Dallas their son was able to save.

"Even today I can cry at the drop of a hat when you talk about my son," said James Jimmerson of Las Vegas on a recent trip to Dallas. "It's just a wound that will always be open."

"We were there in the hospital thinking a miracle was going to happen," his wife Carol Jimmerson said.

Their son Jacob Jimmerson was 25 years old, with a future as bright as his smile. He worked as a realtor in Las Vegas. He attended George Washington University in Washington, D.C. for two years before enrolling at UNLV School of Business.

But Jacob also had a drug problem. One his parents said he fought since his teens.

His parents said that one day in April of last year he made a drug purchase on a street corner not knowing it was fentanyl. He overdosed, asphyxiated, and was without oxygen for an hour. He was declared brain dead.

"Obviously we had hope," Carol Jimmerson said. "They told us there was hope. But there really wasn't any.

"We stayed at the hospital overnight. Never left him," James Jimmerson said.

"Even though we knew there was no hope," Carol added.

The only hope that horrible night in Las Vegas offered was that Jacob had chosen to be an organ donor. Doctors and nurses lined the hospital hallway to honor him as he was wheeled to an operating room: his heart and liver would give the gift of life to someone else.

"So proud of you Jacob," his dad said while recording the honor walk with his cellphone.

"It's very kind of you very respectful," he said to the assembled health care workers in the Las Vegas hospital. "Thank you so much."

"It doesn't make it all better. But it gives some sense to the loss," Carol Jimmerson said.

"I think people in our position would want something positive to come out of terrible tragedy and this I think is a great thing," James Jimmerson said.

That great thing, was waiting at Baylor Scott & White in Dallas: a seemingly invincible 22-year-old rugby player named Kennedy Ngungutau. A virus attacked his heart. He was very much on his death bed, until Jacob's heart arrived just in time. It was April 9, 2019.

"I feel amazing, to be honest," Ngungutau said when while in a courtyard outside at the Baylor Scott & White Dallas campus.

"I know their son is not here in person," he said of the Jimmersons. "But a piece of him is still here. I love them with all of my heart, as if they were my parents."

And late last month, the reason for their trip to Dallas, the Jimmersons braved a pandemic and flew to Dallas from Las Vegas to meet Ngungutau for the first time, and to hear their son's heart again.

Later that night, the Jimmersons were able to meet nearly 20 members of Kennedy's extended family.

"It's irrevocably changed my wife's and my life, our whole family's life, but certainly his parents. But we are proud of Kennedy and proud of the outcome," James Jimmerson said.

And the outcome has one other result. During the interview with Ngungutau at BSW, he was wearing hospital scrubs. The heart did change the very course of his life. He now works at Baylor Scott & White and is studying to become a cardiac transplant nurse.

"It just helped me and motivated me to want to give back," he said. I want to continue that for as long as I can live. I want to like help them out, give them hope."

Today, he is already giving hope to a grieving family from Las Vegas, who are now advocates for organ donation in their home state too.

"He will always be part of our family in this way," James Jimmerson said of Ngungutau. "It's an opportunity for us to help everyone recognize the need and the positivity of this type of a terrible result but a positive ending."

The positive ending included another life saved in Arizona: someone who received Jacob's liver. As for the heart beating in Ngungutau's chest, his dad asks us all for one more thing.

And Ngungutau promises that's exactly what Jacob's heart will continue to do.

"I pretty much think our bond will last forever," he said of the Jimmersons, who have welcomed him into their family.

By reaching its 1,000th heart transplant, as one of the largest multispecialty transplant centers in the U.S., surgeons on the medical staff at Baylor University Medical Center, part of Baylor Scott & White Health, have now become only the 16th medical center in the country to achieve that milestone.