'Discriminated to death': Family of man who died while being held on misdemeanor charge files lawsuit

Jack Ule was found dead in his cell at the Bexar County Jail on April 18. He was in jail on a misdemeanor trespassing charge. 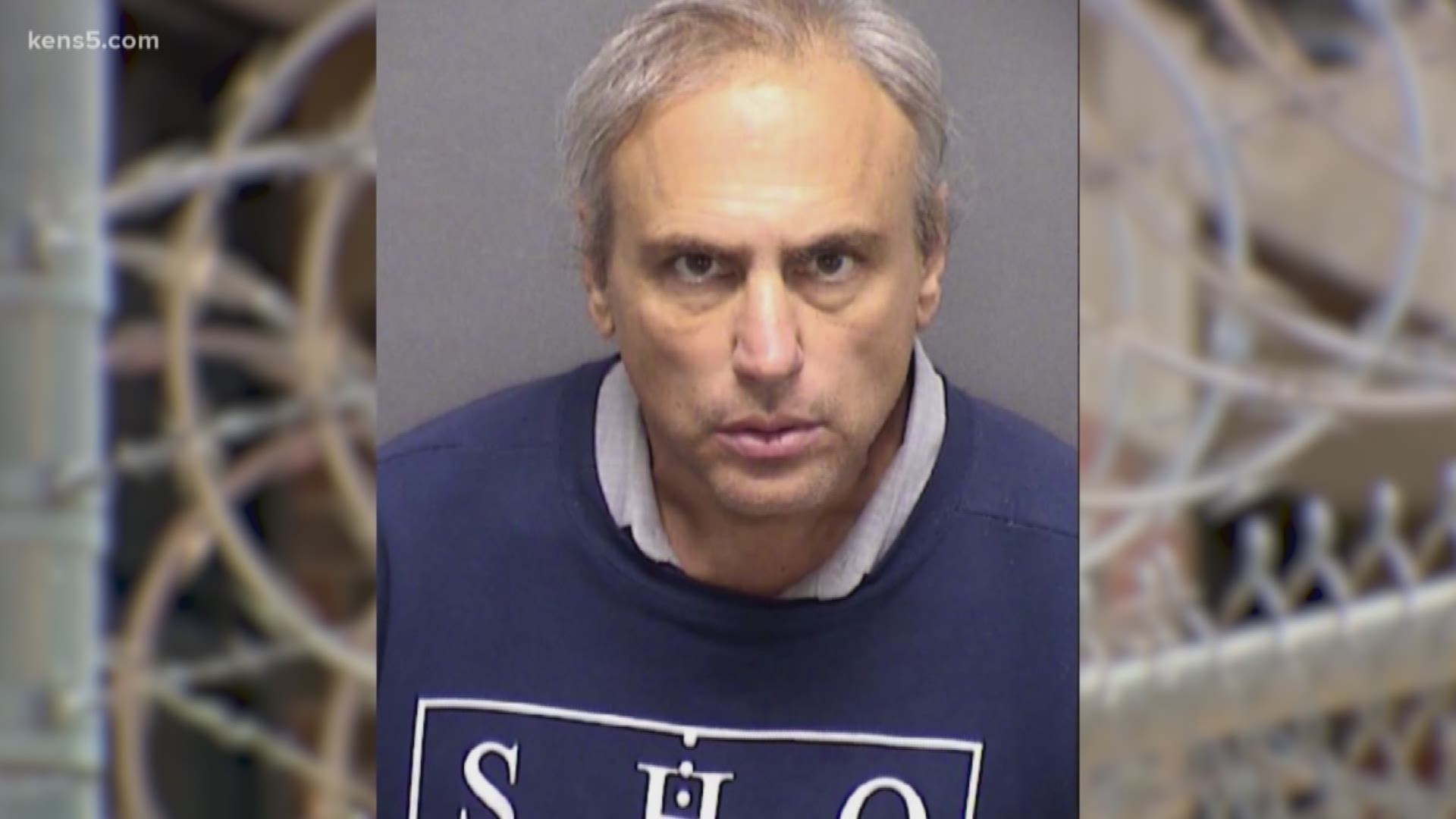 SAN ANTONIO — The family of a man who died at the Bexar County Jail in April while being held on a misdemeanor trespassing charge filed a federal lawsuit Monday against Bexar County, University Health System and Sheriff Javier Salazar.

Jack Ule was arrested April 4 on a class B misdemeanor charge of criminal trespass after authorities with the University Health System found him watching TV in a waiting room. He died after two weeks in custody on a $500 bond.

A copy of a draft of the complaint sheds light on why the attorney filing the lawsuit on behalf of the Ule family believes he was "discriminated to death."

According to the lawsuit, Ule had complained of shortness of breath and had urinated and defecated on himself hours before his death. The attorney filing the lawsuit on behalf of Ule's family, Leslie Sachanowicz, wrote that Ule's shortness of breath complaints were dismissed and the bowel and bladder incontinence were written off by University Health System staff as behavioral "without any research into Jack’s records."

The lawsuit indicates jail staff repeatedly notified University Health System staff at the jail of Ule's condition and around midnight, hours before his death, Ule was seen by a nurse. According to the complaint, Ule gave the nurse incoherent responses before the nurse stated that Ule's issues were detention concerns, not medical.

“His body was shutting down and no body from UHS detention center -- healthcare people -- actually physically examined him," Sachanowicz said. "It was a lonely suffering death."

Ule was found dead in his cell before 9 a.m.

A custodial death report for Ule lists his cause of death as Hypertrophic and dilated cardiomyopathy. According to Sachanowicz, Jack Ule had gained nearly 30 pounds in his two weeks behind bars. The rapid weight gain, Sachanowicz said, was a sign of Ule's heart failure.

Ule's brother, Joseph Ule, told KENS 5 that he was horrified to hear of how his brother was treated his final days of incarceration.

"He died a horrible death as far as I’m concerned,” Joseph Ule said.

"It was obvious (medical staff) didn't care. They just saw him as this mentally ill person that they didn't really care about," he said.

He said he didn't know his brother was behind bars until he got the call about his death.

"What was ironic was they didn't call me when he first went into the county jail, but somehow managed to find my number immediately when he passed away," Joseph Ule said.

Salazar has remained an outspoken opponent of incarcerating low level offenders who are unable to pay bail or have mental health issues. He said Friday that the jail population, for the first time in recent memory, dropped below 4,000 inmates.

“We’ve got too many people here who shouldn’t even be at the jail," Salazar said during a press conference addressing an unrelated matter. "We’ve talked about that at length. That’s a whole different press conference.”

The Sheriff's Office released the following statement regarding the lawsuit:

“While we cannot comment specifically on this case due to ongoing litigation, a list of inmates incarcerated at the Bexar County Adult Detention Center who are charged with misdemeanors and with bonds under $2,500.00, are reviewed on a weekly basis in an effort to reduce jail population in accordance with the respective Judges assigned to those cases.

Additionally, we are currently in the testing phase of an automated system which electronically notifies court appointed attorneys via email, whose clients are incarcerated for misdemeanor charges on the 15th day of incarceration, and once again on the 30th day of incarceration, to ensure that indigent inmates are receiving a fair opportunity for a change in bond conditions.”

Joseph Ule said he tried for years to get his brother treatment, but that lawyers had advised him that unless Jack agreed to mental health treatment, he would be unable to obtain power of attorney. He said his brother would call him sporadically, but for two years, as he battled pancreatic cancer, he was unable to track his brother's whereabouts.

According to Joseph Ule, his brother had attended John Caroll University where he played basketball, then attended The Ohio State University. After graduating, he said his brother began exhibiting signs of mental health issues.

"I never had any problems with him at all," Joseph Ule said of his brother. "I can't think of anything other than when he began to show signs of mental illness and say things like the computer people are talking to him."

Jack Ule began receiving disability income due to his diagnosis of schizophrenia and bipolar disorder. He cared for his mother in Cleveland, Ohio, until 2015, when she died. Joseph Ule said that's when his brother began wandering the country.

"He did have his lucid moments and there were times when I thought he was doing OK, so that's why when I saw the report which Leslie had sent, I was in shock that it had gotten to that point," Joseph Ule said.

Sachanowicz, who is also representing the family of Janice Dotson, another individual who died at the Bexar County Jail while being held on misdemeanor charges, said he believes that there is a lack of care by University Health System.

“It’s clear that there is a pattern of them discriminating against people with mental illness," Sachanowicz said. "In fact, I would venture to say they’ve been discriminated to death.”

Joseph Ule said he is moving forward with the lawsuit to make sure people in situations similar to his brother's are given proper care.

“A lot of money is wasted on a lot of different things in our society and I would hope that they would find a way to take care of these people that need taking care of,” Joseph Ule said.

Suspect in 2013 murder extradited from California

Police: Woman held at gunpoint and carjacked by four men