'It's taking power over your own power' | Is it time to start living off the grid? Here are the possibilities

A local solar company saw business skyrocket after the February winter storm. Homeowners and businesses did not want to get caught off guard again. 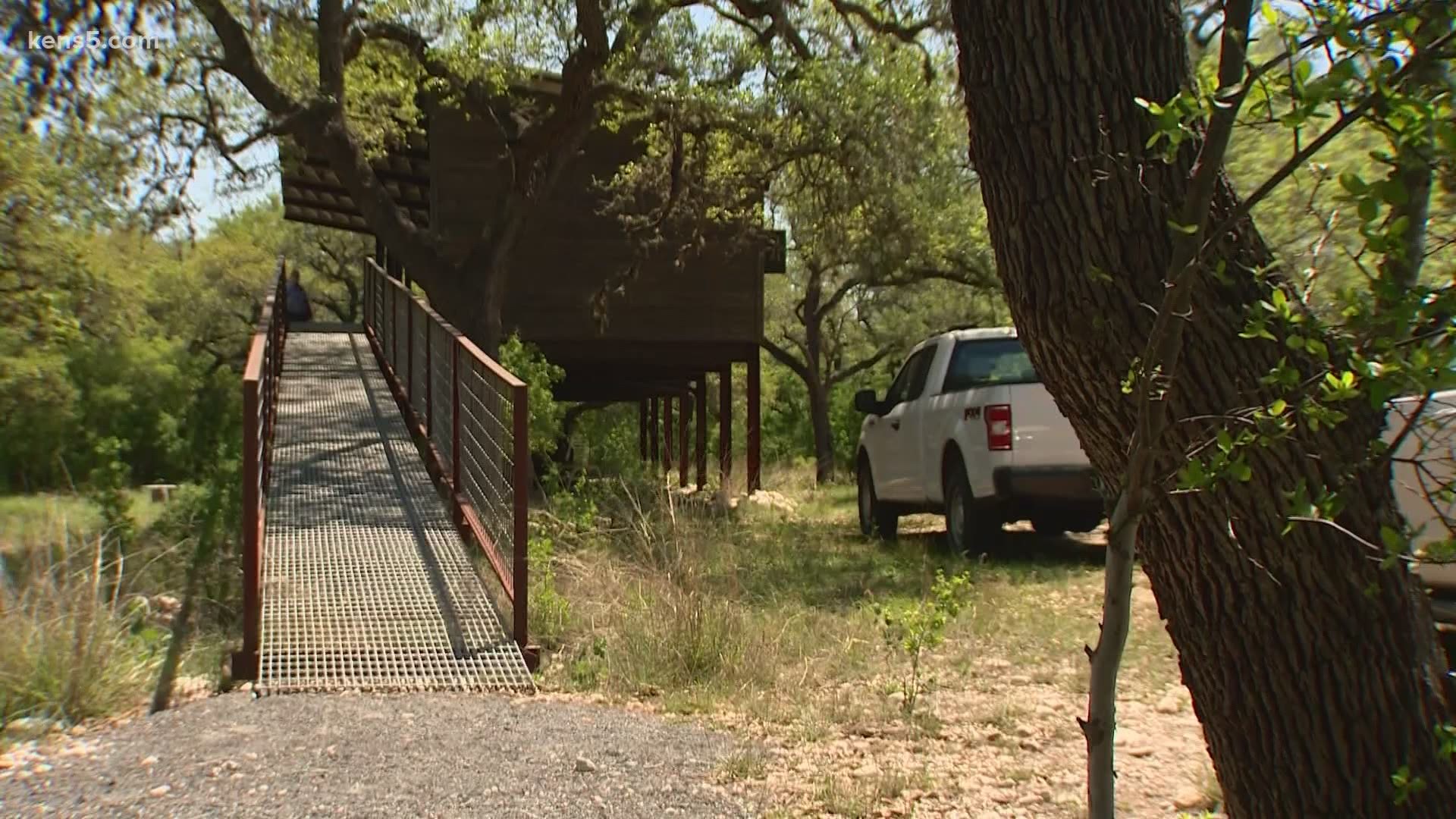 SAN ANTONIO — Nick Rosen, an expert in living off the grid, said after the Texas energy debacle during this year's winter storm, it's time to consider coming off the grid.

James and Pam Duerr have 60 acres of ranchland they've converted into a place where they can live off the grid.

"So, most of the living is done outside on the porch or on the screen porch," James said.

The couple bought the spread in Utopia in 2008. Then, they built what they describe as a modest 1,600-square-foot cabin. The place came with a design to live life off the grid.

The cabin rises eight feet into the tree line to prevent flooding. Their home away from home is near the Sabinal River.

Living off the grid means the Duerrs are responsible for their energy, water, and sewage.

"There's really two ways that we're able to stay up here," James said. "One is propane, and the other is solar."

Eighteen batteries harness the energy from their solar panels. A 500-gallon tank in the ground, filled every five years, provides propane to power the stove and refrigerator.

They have a small backup generator and other spaces on their property where they could sleep with self-reliant energy. But their main home is in San Antonio.

When the winter storm hit in February, James believes he and his wife would have likely done better in their cabin.

"We could have been warmer out here than we were in San Antonio," he said."

Nick Rosen, an author of books about 'Living Off the Grid,' called Texas winter energy response a catastrophe.

"We never think about or grids until they don't work. And, here, it was not working on a huge scale," Rosen said. "It was inevitable that Texas was going to start thinking about what to do about its future energy arrangements."

He also saw it as an opportunity for many to take control and live off the grid.

"It's taking power over your own power," Rosen said.

Rosen is the editor of Off-grid.net. It's both community and collective experiences from those living off the grid, including resources about where to purchase land to live life.

According to the author and expert, people come off the grid because they are disappointed, feel the energy is too expensive, for environmental purposes, for religious reasons, and discover that real estate and living are cheaper where no grids exist.

"It's the younger generations who are really taking to living off the grid because they've realized that they can still work and save a lot of money," he said. "And not spend it on rent in downtown areas."

Rosen came off the grid after a break-up with a wealthy female love interest. After living in an affluent enclave in Spain, he bought land in the mountains, and the rest is history.

To come off the grid, he offers this advice of getting a professional to help get you going---unless you are an expert in setting up solar energy.

"Set up your own solar panels, a couple of batteries," he said. "Be very frugal with your energy use."

He suggests taking down one room and putting it on solar. His following recommendation is to create a grid with your neighbors.

"Get together with some neighbors and create your own---what's called a microgrid," he said.

Andy Garza III said micro-grids are not common in Texas. He owns Argus Solar and Construction.

"In Texas, you see a grid-tied solar panel system," Garza said. "Now more and more people are more interested in having their own energy just in case the grid were to go down."

Garza's business started to skyrocket after the February winter storm. Homeowners and businesses did not want to get caught off guard again.

"My system is grid-tied, but also has the ability to be off-grid also," he said.

Grid-tied means still connected the energy from a lower utility source with a backup like solar and propane. Garza has 60 panels on his Universal City home.

"The benefits of being grid-tied is you're able to sell your excess energy back to your electric company. And then you always have the reliability of the grid," he said.

Home size and energy usage will determine solar need. It is not cheap. Garza said typically; a grid-tied solar panel is in the $20,000 range. Going off the grid, he said, is twice as much.

"We do a generator that has the ability to be mainline gas and backup with the propane tank," he said.

According to Garza, to achieve 100 percent, no interrupted energy is a pricey notion in the range of $100,000.

Garza points out more customers are concerned about foreign attacks on the energy grid than about the state's reliability.

"You need a reliable source of energy. And that would be natural gas, propane," James Duerr said.

He and his wife are continuously learning about the off-the-grid life. He's even selling ranchland to others. The work to maintain the lifestyle is work. Battery to harness solar is expensive. Generators have become pricey too.

"Right now, it is very expensive a generator because everybody wants one," he said.

Ford's F-150 came as a Godsend to Randy Jones of Katy. The truck comes with a mobile generator. Ford said it provides 7.2 kW of power. But, this is more emergency than sustaining.

Rosen also recommends looking into waterless toilets. The device can be helpful when the plumbing is an issue.

The Duerrs and Rosen still connect to cell service for phone usage, emergencies, and work.