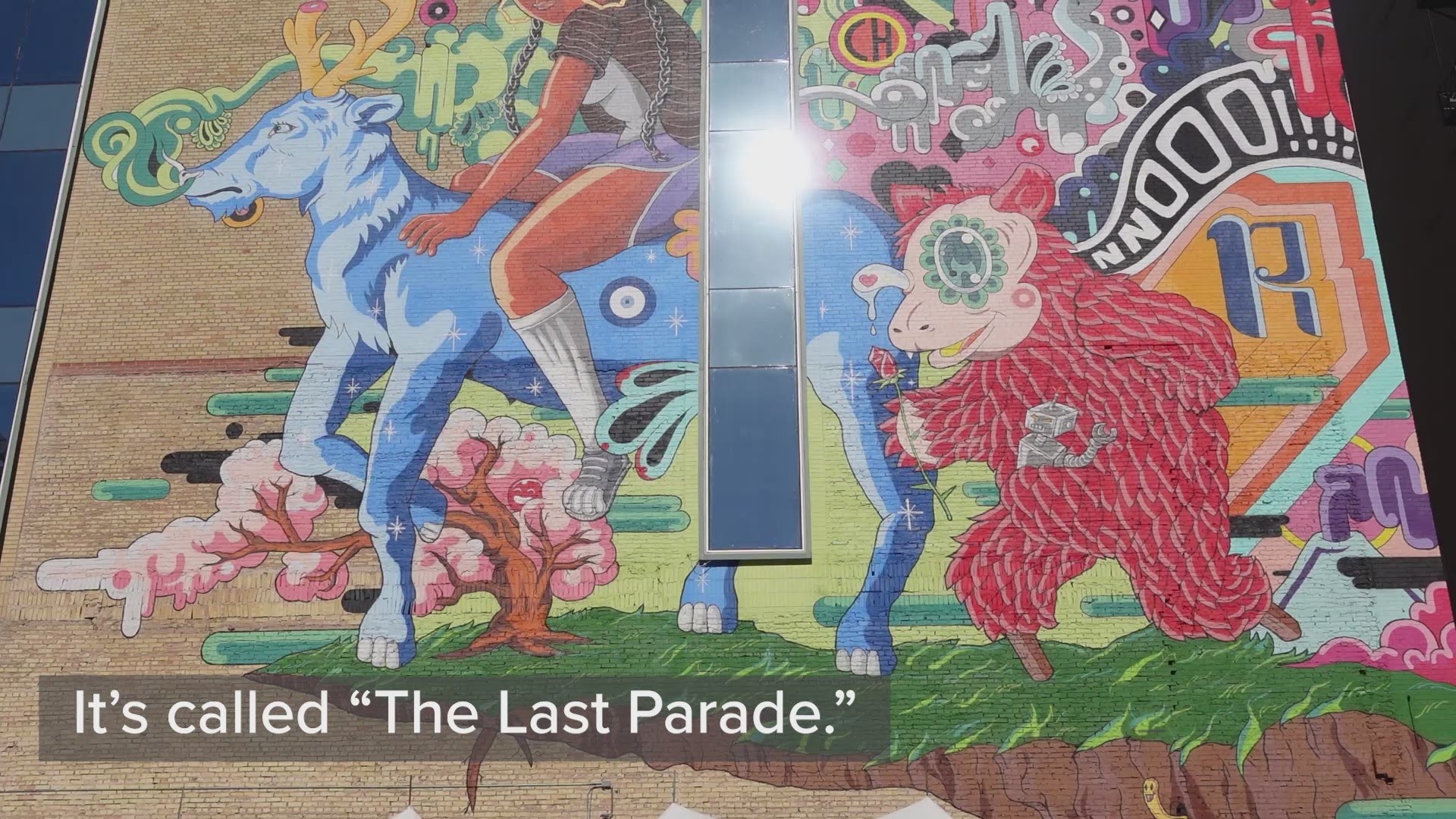 SAN ANTONIO — If you stand too close, you may strain your neck looking at Rudy Herrera's latest downtown art work which spans the nine-story historic Kress building. But just imagine if you were Herrera, who is afraid of heights, and had to push through to get the job done.

Herrera spent about five weeks, from 9 a.m. to midnight, seven days a week on his labor of love, also known as "The Last Parade" for Centro San Antonio. He had help of course, but the emotional support of fellow muralists Ana Hernandez, Ashley Alvarez and Crystal Tamez, was just as important as the physical support of a four-foot lift.

"They contributed a lot as far as knowledge. There would be times where, you know, I'm afraid of heights - we'd go up there. My homie, Slim - he'd be talking in my ear and I'd have to tell Slim, like, 'Hey, be quiet... I'm in flight or fight right now.' But my homie, Crystal, she was really cool because I'd be like, 'Hey Crystal, I'm scared. Here's the color key - tell me what I need to do.' And like the boss she is - she'd be like boom, boom, boom. And they all kind of did that for me. I kind of got babied when they were around, but they were a big help in all the senses."

The mural is one of the last of the 21 public projects being completed in 2021 as part of Centro San Antonio’s Art Everywhere initiative. The idea is to showcase local artists' work all over downtown.