The principal cellist in the San Antonio Symphony, Ken Freudigman, has a new second career as a potter. He describes himself as a “cellist by day, potter by night.” 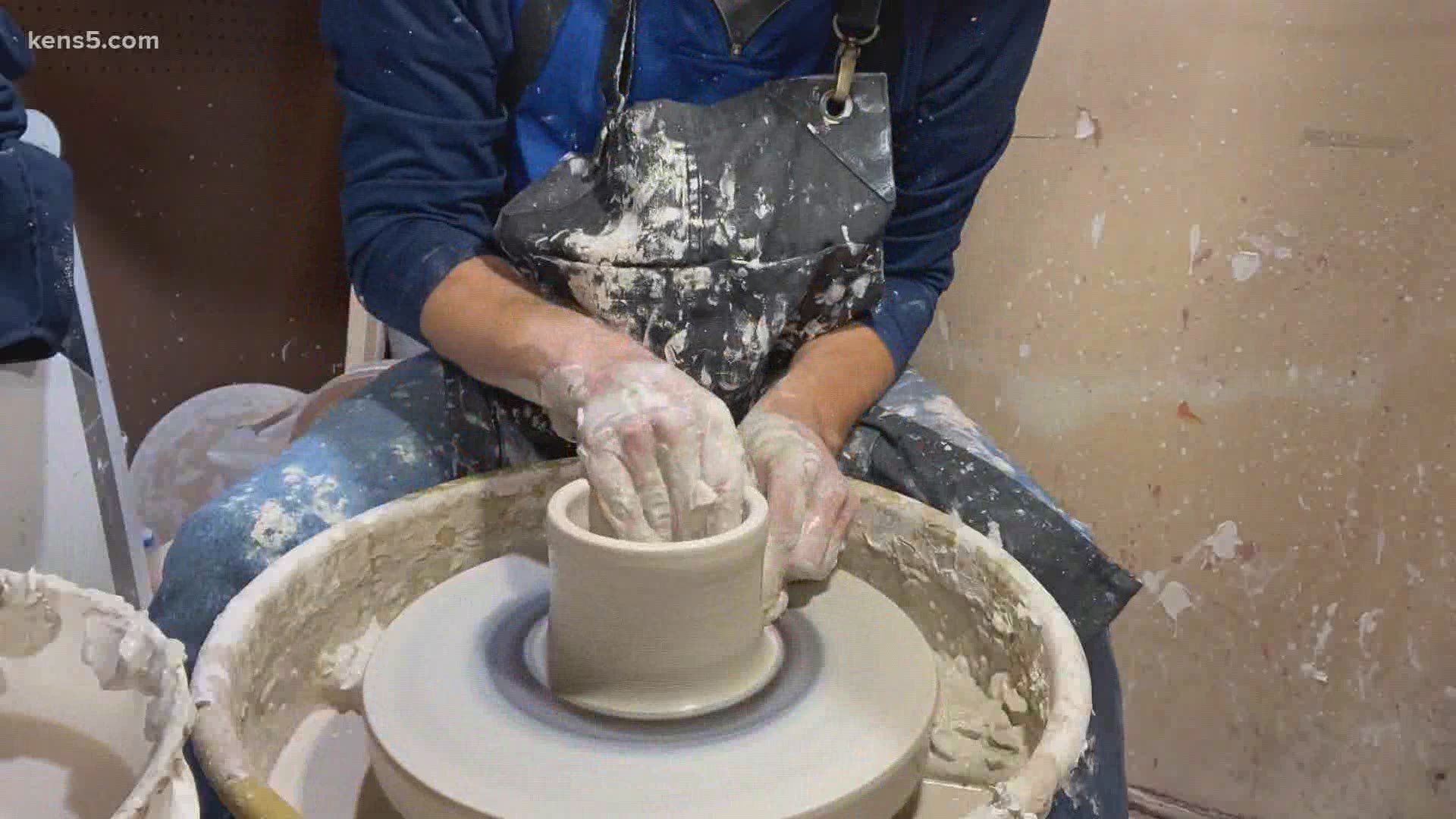 SAN ANTONIO — As a professional musician, Ken Freudigman is no doubt passionate about playing the cello.

But these days (or nights, better said), he spends countless hours sitting in front of a wheel – “throwing clay” as it's called in the pottery world. His latest hobby has morphed into a second job and the creation of Primocello Ceramics.

“I had no idea that it would turn into a business, but I’ve been known to throw myself into things at 110%,” Freudigman said.

“My interest started in high school. I went to the Interlochen Arts Academy in Michigan and on my way to rehearsal every day I would pass the arts studio. There was a large window with a potter's wheel and kilns around,” Freudigman said. “I remember watching and was fascinated, but didn’t have time to learn. Fast forward 20 years and I had mentioned to my wife that I loved pottery and wanted to try it someday. Years went by and for Christmas of 2018 she bought me a 6-week class. I was immediately hooked.”

Freudigman attended the Southwest School of Art, bought a wheel and a kiln for his garage. With the pandemic slowing down his normal routine of being a full-time musician, teaching private lessons, performing in a quartet outside of the Symphony and also working as a conductor for Youth Orchestras of San Antonio, he’s had more time to explore his new hobby – which has given him some stability and peace of mind.

“It has been a blessing to have something to put my creative energy into during the pandemic. Since all concerts stopped – like many people – I felt adrift without the work. But after a bit, I decided to really go after making beautiful things. It helps during this time.”

His advice to others who may be hesitant to try something new is simple: Go for it.

“I think that there is room for many different passions in your life! For me it’s turned into many different income streams and in this day and age, that’s a good thing. I’m not ruling out making pottery a bigger part of the pie though.”

Freudigman’s pieces range in price from $20 for a spoon rest to $150 for a large vase. He is currently producing about 75 to 100 pieces a month and also takes orders for commissioned work.

On most nights, Freudigman broadcasts his time in his garage on Facebook Live - answering questions people have about what he’s creating. Often, customers get to watch a piece come out of the kiln that they’ve ordered.

“It’s incredible to start with a lump of clay and then to be able to mold something useful,” he said.

The reaction from his family has been positive and Freudigman’s 12-year-old son, Toby, has been dabbling in pottery, too.

“My family has been very supportive of this midlife insanity,” he said. “My son sometimes throws pot, too. It has been a great joy to learn to throw and I’m just at the beginning of my journey.”