A 24-year-old woman is celebrating the gift of life, thanks in part to help from her friend and hero, Chewbacca. 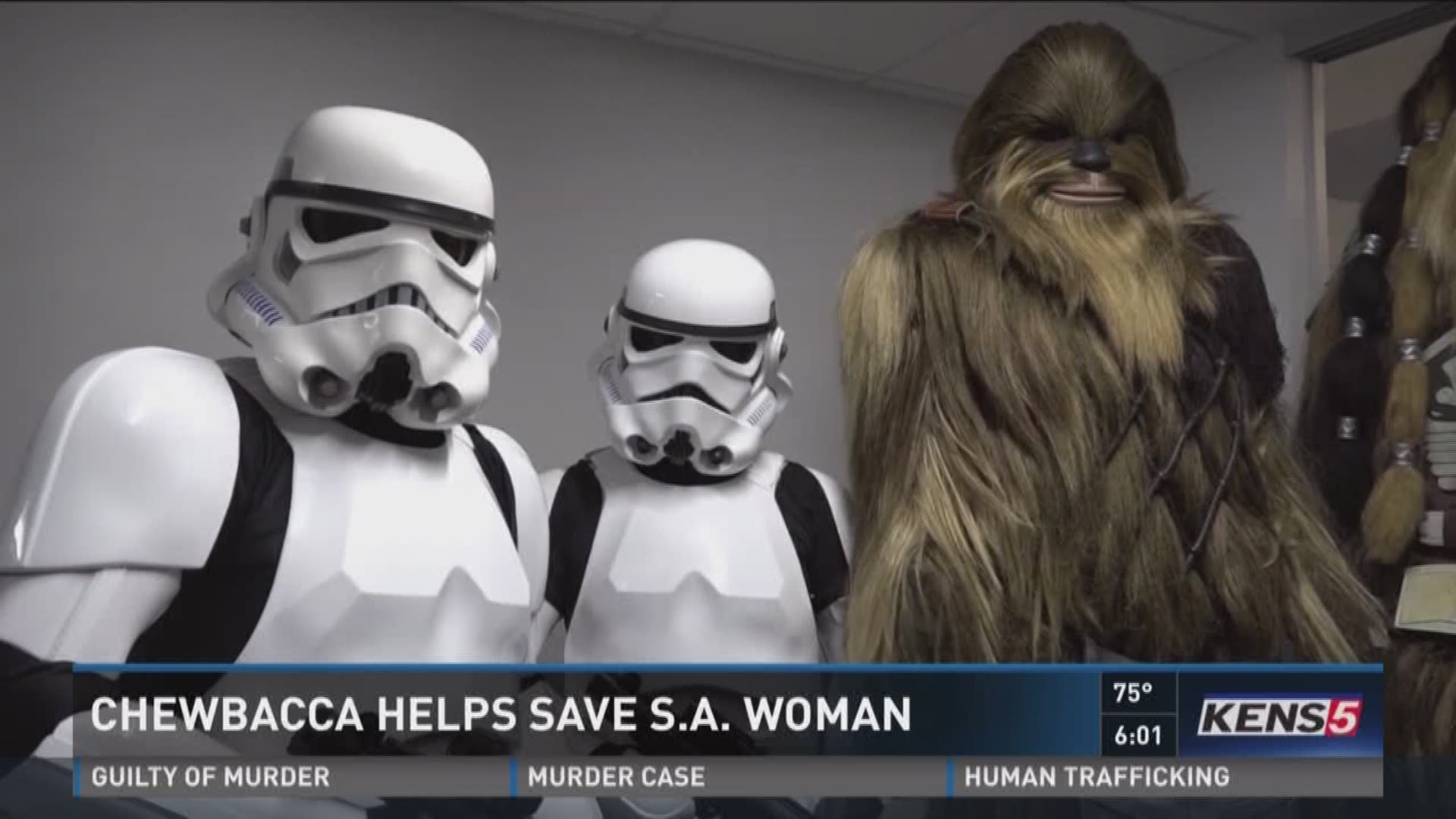 A 24-year-old woman is celebrating the gift of life, thanks in part to help from her friend and hero, Chewbacca.

Kathlyn Chassey was diagnosed with Cystic Fibrosis at 3 months old. But after a warning from her doctor in November, her family began planning for her funeral.

“The doctor said in November that she had 10 days to live,” said Matthew Egan, a friend of the family. “So that would have been the first or second week of December that she should have passed away."

Egan represents the Peter Mayhew Foundation, a charitable organization founded by the same Peter Mayhew who plays Chewbacca in the iconic Star Wars films. He says the family was desperate because Kathlyn needed a lung transplant, but every doctor told them she was far too sick to get one.

Chewbacca arrives at the &quot;Star Wars Episode III - Revenge Of The Sith&quot; Los Angeles Premiere at the Mann Village Theatre on May 12, 2005 in Westwood, California. Photo by Frederick M. Brown/Getty Images

Fortunately, Mayhew himself wanted to help. The two formed a bond when she was a little girl. She now calls him “Uncle Peter.”

"We actually had a conversation over the phone with Angie Mayhew, who's Peter Mayhew's wife,” Egan recalled. “It was like, 'So what are we gonna do?'"

So they started fundraising, joining forces with the 501st Legion, a group of Stormtroopers and Star Wars cosplayers who raise money for charity.

When doctors insisted Kathlyn was too sick for her transplant, they started cold-calling more doctors until a surgeon at UCLA offered to help.

"At first it was, 'Kathlyn's on the list,’” Egan said through tears. “And now we say 'Kathlyn got a lung transplant.’"

In fact, the 501st Legion was there to escort Kathlyn from the hospital, giving her an imperial escort of Stormtroopers, and even Darth Vader himself.

But Kathlyn still has a battle ahead of her, taking a cocktail of 40-plus different drugs to prevent her body from rejecting the new lungs.

"I take it day by day, and I think that's how we're going to have to do it,” said an exhausted Kathlyn over video chat from her hotel next to UCLA Medical Center.

Now, Egan hopes to immortalize Kathlyn’s story through a children’s book which he plans to title after her nickname: “The Littlest Wookiee.”

"It was a joke, it was just a little nickname that we called her,” Egan said. “It meant the world to her because she was this little Wookiee that was different."

It’s a story Kathlyn gets to tell thanks to the kindness of a team of friends and strangers, and, of course, her Uncle Peter.

Kathlyn and her family hope that she’s able to pull through and give the story a happy ending.

As for the book, Egan says that he plans to have it benefit the Peter Mayhew Foundation and the fight against cystic fibrosis. He says that he also plans to give it a positive message, after the Littlest Wookiee who inspired it.

"'And on you, my Littlest Wookiee, I would not change a single hair,'” said Egan as he read from the book.

The Chassey family is now trying to raise money to support Kathlyn’s lengthy stay in Los Angeles as she will have to be near the medical center. They say that they want to be able to find accommodations that feel less like a hospital and more like a home.

For those who wish to support the family, the Peter Mayhew Foundation has set up a special website for Kathlyn here.