This is Anthony Ryan's third time appearing on the hit television show. But he's found something better than any prize he might win. 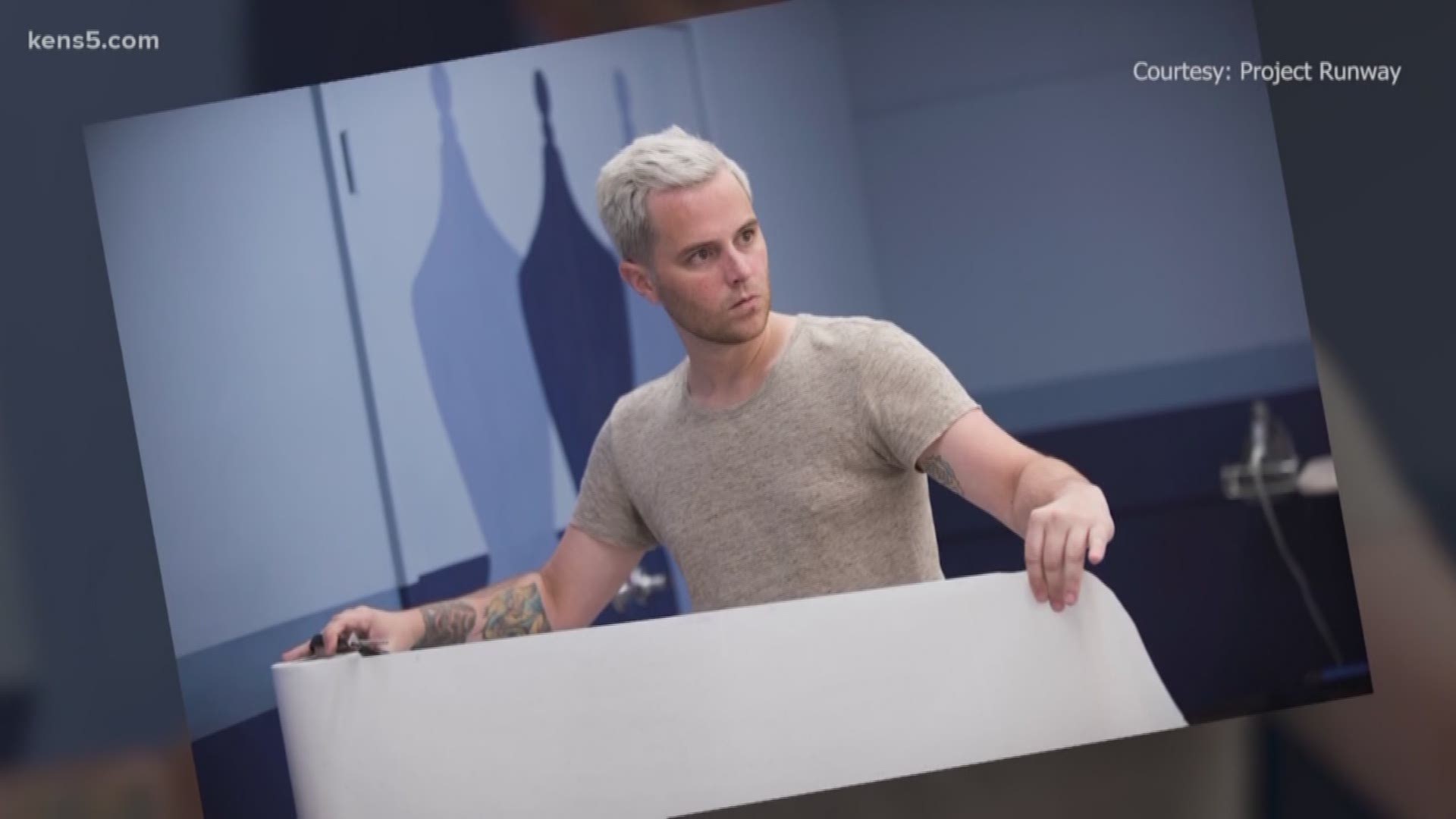 SAN ANTONIO — Anthony Ryan spends his Wednesday mornings with a vacuum in hand, tidying up a shop.

"You walk in the shop and you see this redneck country boy, and you're like 'well, what does he know about fashion?'" he said with a laugh.

Ryan said it's a fair question, which can be answered a few hours later.

Anthony Ryan is a contestant on Project Runway All-Stars International. It's his third time on the show, and was the all-star season two winner a few years ago.

But fully appreciating his designs walking down the runway requires a walk down memory lane. High-fashion hasn't always been his aesthetic.

"I decided to go into graphic design," he said. "It's so computer based. I didn't realize what I was getting into. I always worked with my hands, I talk with my hands. And so, I dropped out."

It was only after feeling a little lost that he turned to the thing he had always had some sort of familiarity with. He had worked in retail since he was 15, but didn't lay his hands on a sewing machine until he was in his mid-to-late twenties.

Spinning thread got his wheels turning. Ryan always had a knack for shapes and styles, and even when one aspect got a little murky, he found a way to use it to his advantage.

"I'm color blind, so primary colors I work with a lot because they're vivid as hell. I didn't make it a handicap, I just found a way around it," he said.

"It's not spelled like color blind. It's a play between the words "couleur" and "blinde" which means colored armor in French.

While his day-to-day may not be as glamorous as a feature on a hit television show, this shop brings him something better than any prize he may win.

"I love to teach - I love to teach women it can be this or that...I'm here helping people giving my advice. I like to put my 'stank,' so to speak, on a southern based city," he said.