Have you ever wanted to visit Central Perk from 'Friends'? Just head to downtown Dallas

Aside from a replica of Central Perk, there are actual costumes worn on the show. 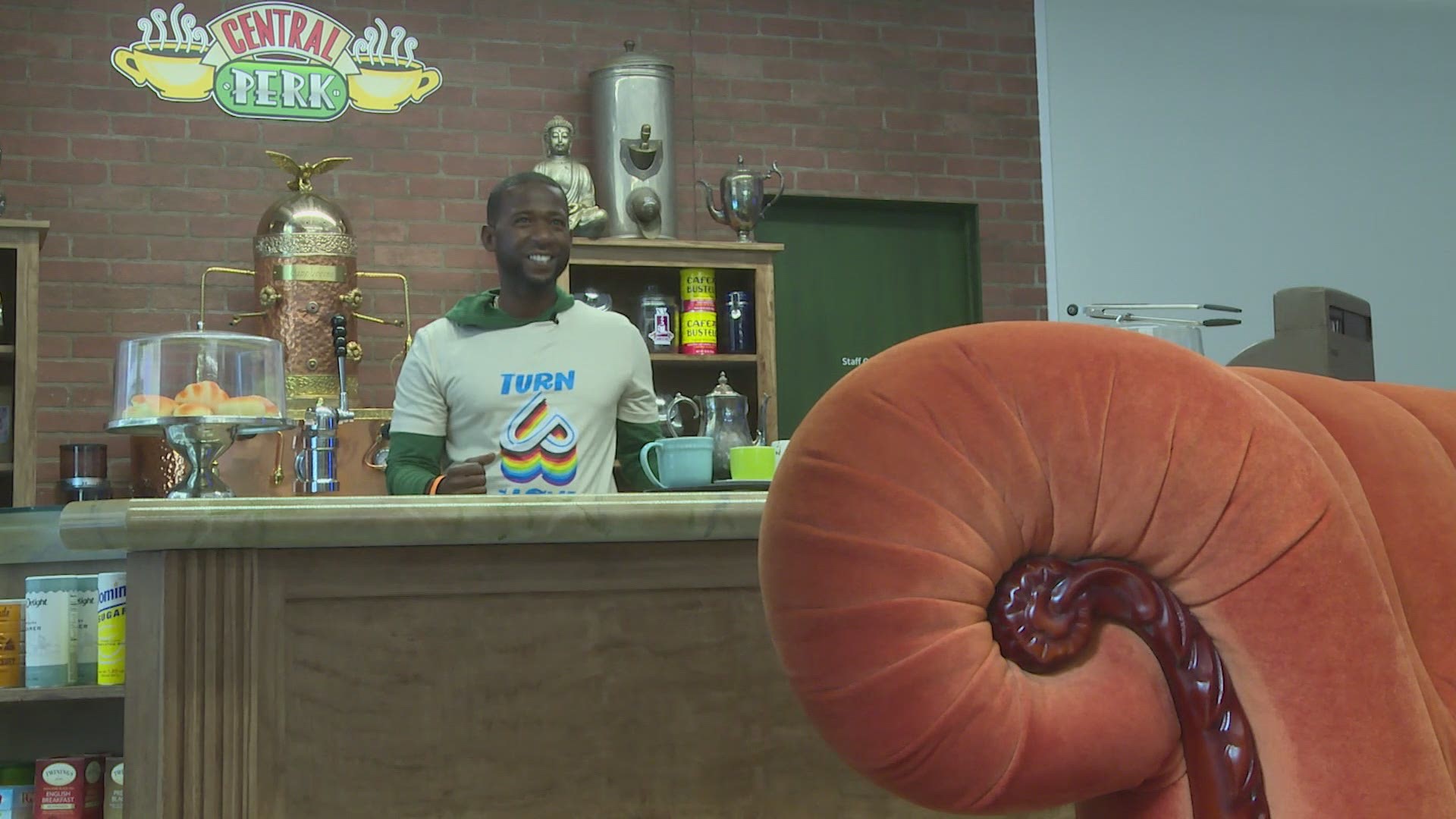 DALLAS — “Friends” was one of the most-watched shows on television during its 10-year run. A recent cast reunion on HBO Max allowed viewers to relive their favorite moments from the show.

But now, there’s a spot in Dallas that will take you back, too.

Luster is the area manager for Dallas’ AT&T Discovery District, which is where you'll find a replica of Central Perk, the coffee shop from “Friends.”

“The first thing that gravitates people to this room is the couch,” Luster said. “It’s just unmistakable.”

Visitors can sit on the couch, step behind the counter or knock at the door.

The set is open to explore and step back into some of the funniest moments from the show.

Aside from a replica of Central Perk, there are actual costumes worn on the show.

All of it is free and will be around through October, giving visitors plenty of time to stop by and remember what made this show so special.

“What I think about is how it just brings us all together,” said Luster.

And after the year we've had, we could all use friends.

To explore the Central Perk set or the AT&T Discovery District, visit https://discoverydistrict.att.com/.