“I think this is everybody's loss.” said Jack McGuire, who called Trebek authentic, and a "consummate professional." 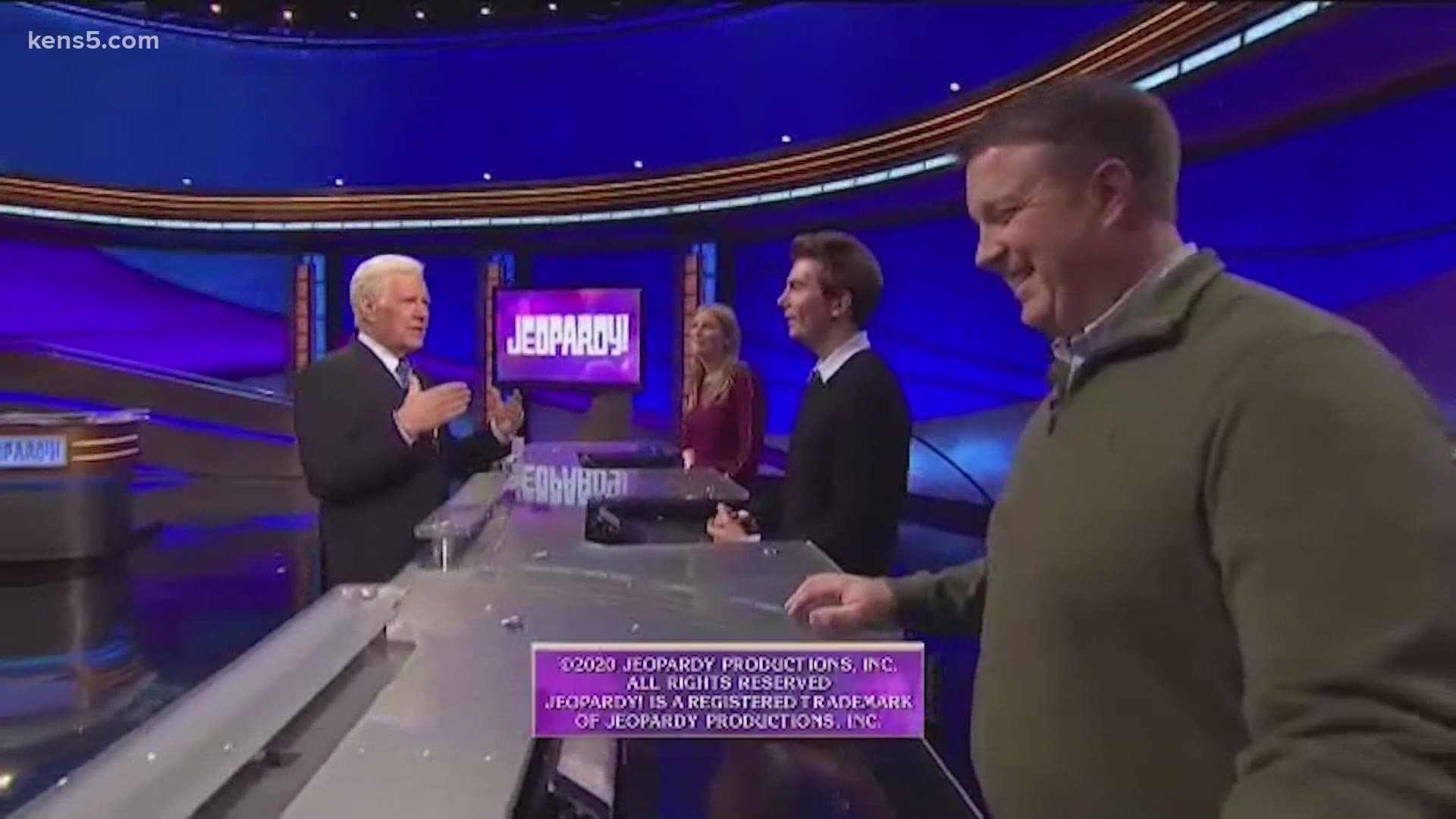 Trebek died Sunday after a long fight with pancreatic cancer.

The 80-year-old Trebek hosted over 8,000 episodes of Jeopardy, and a San Antonio man was a contestant on one of those shows.

“It really was just kind of a whirlwind once in a lifetime thing that you don’t even realize what just happened until it passes you by,” said Jack McGuire.

McGuire was a contestant on Jeopardy in January; the episode was taped in October of 2019.

And since hearing of the death of Trebek, McGuire’s moment in the spotlight means even more.

“He was part of all of our families and all of our lives, and it holds just as much true for viewers of Jeopardy as it does for the contestants,” said McGuire.

McGuire said that even though he didn’t take the top spot, his short time with the iconic game show host will be a memory he’ll never forget.

“Alex kept his distance from the contestants, but it wasn't out of a lack of geniality, I think it was simply a matter of practice that he was a consummate professional,” said McGuire.

McGuire said Trebek did take a moment to tease him though during a commercial break.

“He tossed some shade at me for getting an answer wrong about the NHL,” said McGuire.  “Being insulted by Alex Trebek off-camera, you know, in the most, innocent way, I mean, that's a memory I'll take with me for the rest of my life. It demonstrates to me that he was very much an authentic and real person. What you saw with Alex Trebek was exactly what you got.”

McGuire said Trebek leaves behind a legacy that will remain in the hearts of many, just not contestants on the show.

“We feel the loss, you know, with a certain emotional intensity. But I don't think that's that different from the rest of the millions of Jeopardy viewers in this country and around the world,” said McGuire.  “I think this is everybody's loss.”