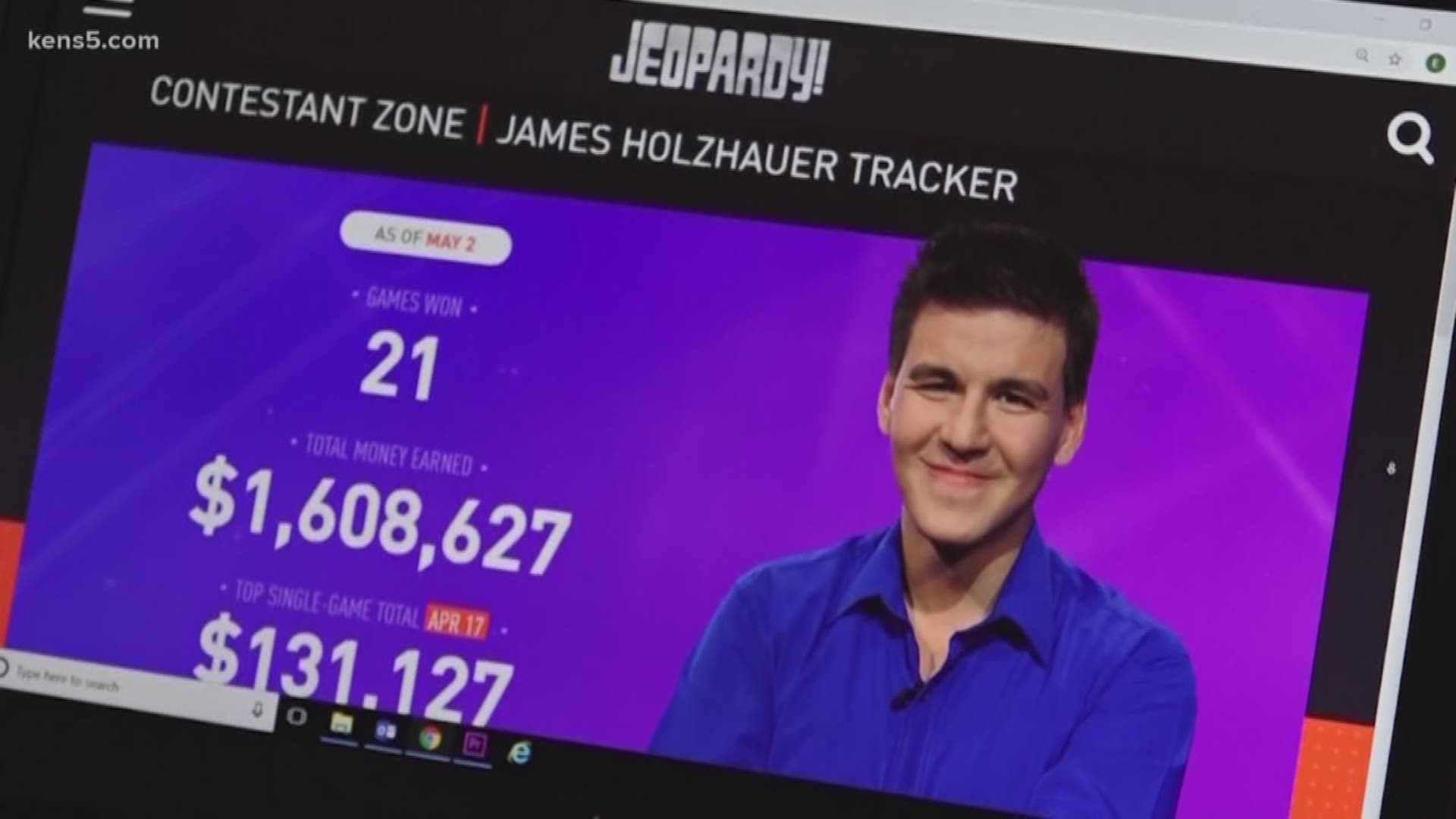 The above video originally aired on May 3.

It's also a mantra that applies to the outcome of Monday's "Jeopardy!" episode, which saw returning champion James Holzhauer fall in stunning fashion after 32 consecutive wins.

Throughout his run, #JeopardyJames became somewhat of a legend for his all-in bets on "Daily Double" and "Final Jeopardy!" answers. His high-risk style of play - representative of his professional sports gambling career - led to high reward; Holzhauer amassed nearly $2.5 million during his streak, which began on April 4.

He also racked up an impressive array of statistics - according to the New York Times, he set the record for most money won in one episode, 15 times; he went a whole game without incorrectly answering a question; and he won an average of $77,000 per win, which is more than double the average Ken Jennings took home with each "Jeopardy!" victory.

Jennings and Holzhauer are the only two "Jeopardy!" contestants to earn $2 million or more in regular, non-tournament winnings.

RELATED: Friends predicted 'Jeopardy! James' would be 'amazing' at something unique

Jeopardy! James had the chance Monday to overtake Jennings for the all-time record on most non-tournament winnings. Jennings finished his run with $2,520,700; Holzhauer was just $58,485 short of that heading into Monday's game.

Holzhauer found himself in an unusual position going into the "Final Jeopardy!" round of Monday's game. He was in second place, down $1,800 to opponent Emma Boettcher.

Both Holzhauer and Boettcher answered correctly during the final round, yet the defending champ uncharacteristically wagered low in the round and was unable to overtake Boettcher for the lead.

Even if Holzhauer had bet all of his winnings in the final Jeopardy round, he would've lost to Boettcher, who bet $20,000 on the final question, by $1.

Boettcher will return to "Jeopardy!" tomorrow, ready to start her own possibly-historic streak. Holzhauer, meanwhile, has taken the loss in stride, if his recent Twitter post is any indication:

News of Holzhauer's loss began to spread before the episode even aired. A one-minute video showing the final moment's of Monday's episode began circulating the internet Sunday night. "Jeopardy!" officials did not respond to questions Monday about the clip's authenticity.

As to what Holzhauer will do with his millions in winnings - he's already given tens of thousands of dollars back to his Las Vegas community.