Former Longhorn Emmanuel Acho to host 'The Bachelor: After The Final Rose'

"The Bachelor" host Chris Harrison is stepping aside from the show after facing criticism for defending racially insensitive social media posts from a contestant. 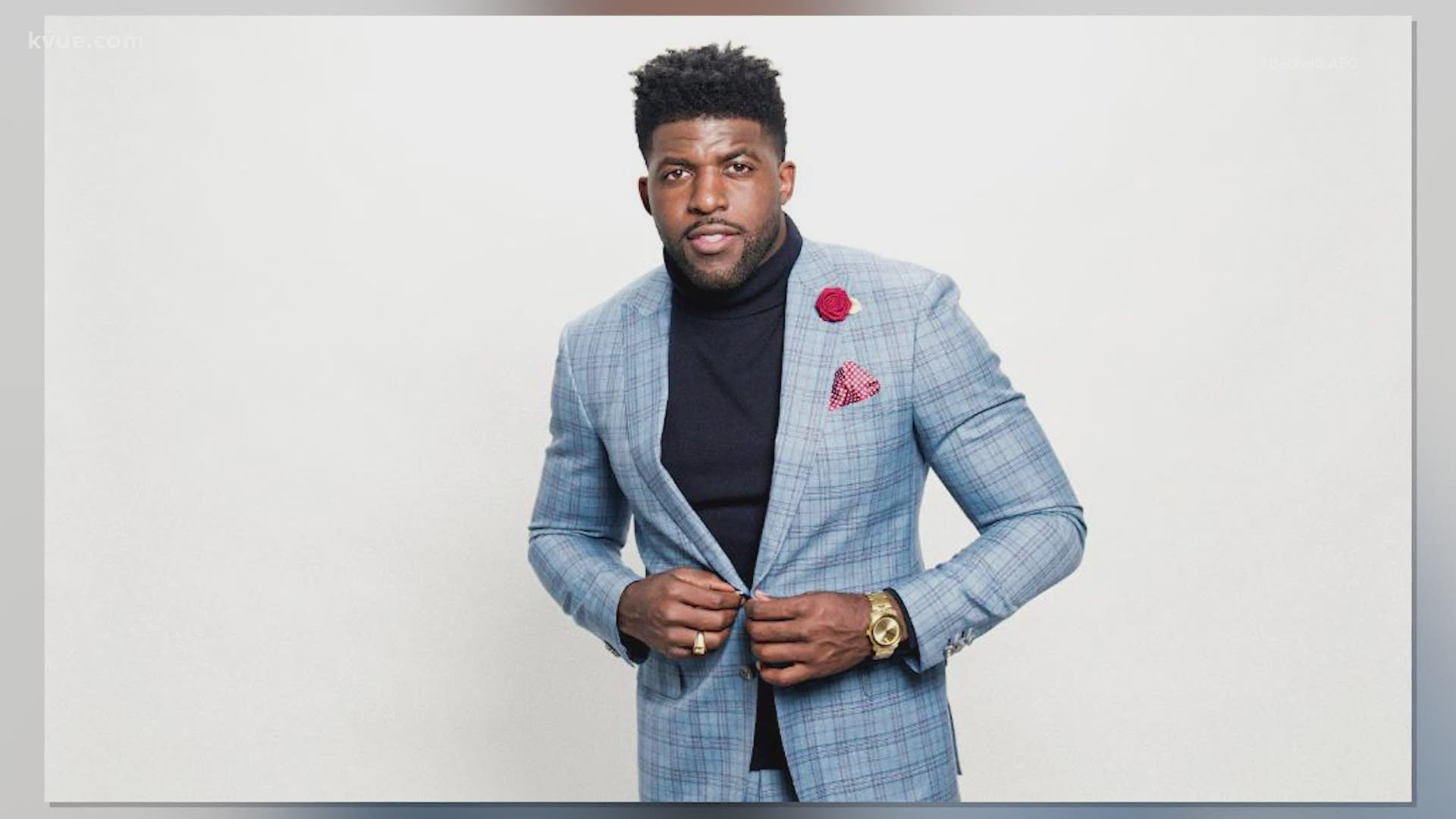 AUSTIN, Texas — Former Longhorn Emmanuel Acho has accepted his rose. The author, activist and former NFL linebacker will be stepping in for "The Bachelor" host Chris Harrison to host the post-season special "The Bachelor: After The Final Rose."

Acho announced Saturday on Twitter that he will be filling the role, saying, "It's been a pivotal season & this episode will be one of the most storied shows in its history. Empathy is needed and change is coming."

Acho also posted a video on Twitter, thanking fans for their support in his new role.

"The support of me hosting After The Final Rose has been overly supportive. Bachelor Nation, thanks for receiving me with open arms. I promise to handle it well," Acho said.

Bachelor nation, please welcome me with open arms! I promise to do y’all proud! ❤️🌹 pic.twitter.com/ZsbkCEiRzl

This comes after Harrison announced on Feb. 13 that he is "stepping aside" from the show "for a period of time" after facing backlash for defending a contestant on the current season who was criticized for racially insensitive social media posts from her past.

Harrison apologized for speaking out on behalf of Rachael Kirkconnell after past photos of her resurfaced in which she dressed in costume as a Native American and attended an antebellum plantation-themed fraternity formal. Kirkconnell has also issued an apology for her past "offensive and racist" actions, saying in part, "They are not acceptable or okay in any sense. I was ignorant, but my ignorance was racist."

Neither Harrison nor ABC have stated how long he will be stepping aside from "The Bachelor."

Acho has received attention over the past year for his YouTube series, "Uncomfortable Conversations with a Black Man," where he takes on questions many white Americans are afraid to ask. In November, Acho published a book of the same name.

This season of "The Bachelor," the 25th, made history with the casting of Matt James, the show's first Black lead. Last week, James released a statement in response to the Harrison-Kirkconnell controversies.

"The Bachelor: After The Final Rose" will air Monday, March 15, immediately after the season finale of "The Bachelor," on ABC.

VERIFY: Your COVID-19 shots didn't cause side effects, does that mean they didn't work?