Slaying the stage with Taylor Swift: How an SA native made her dreams come true 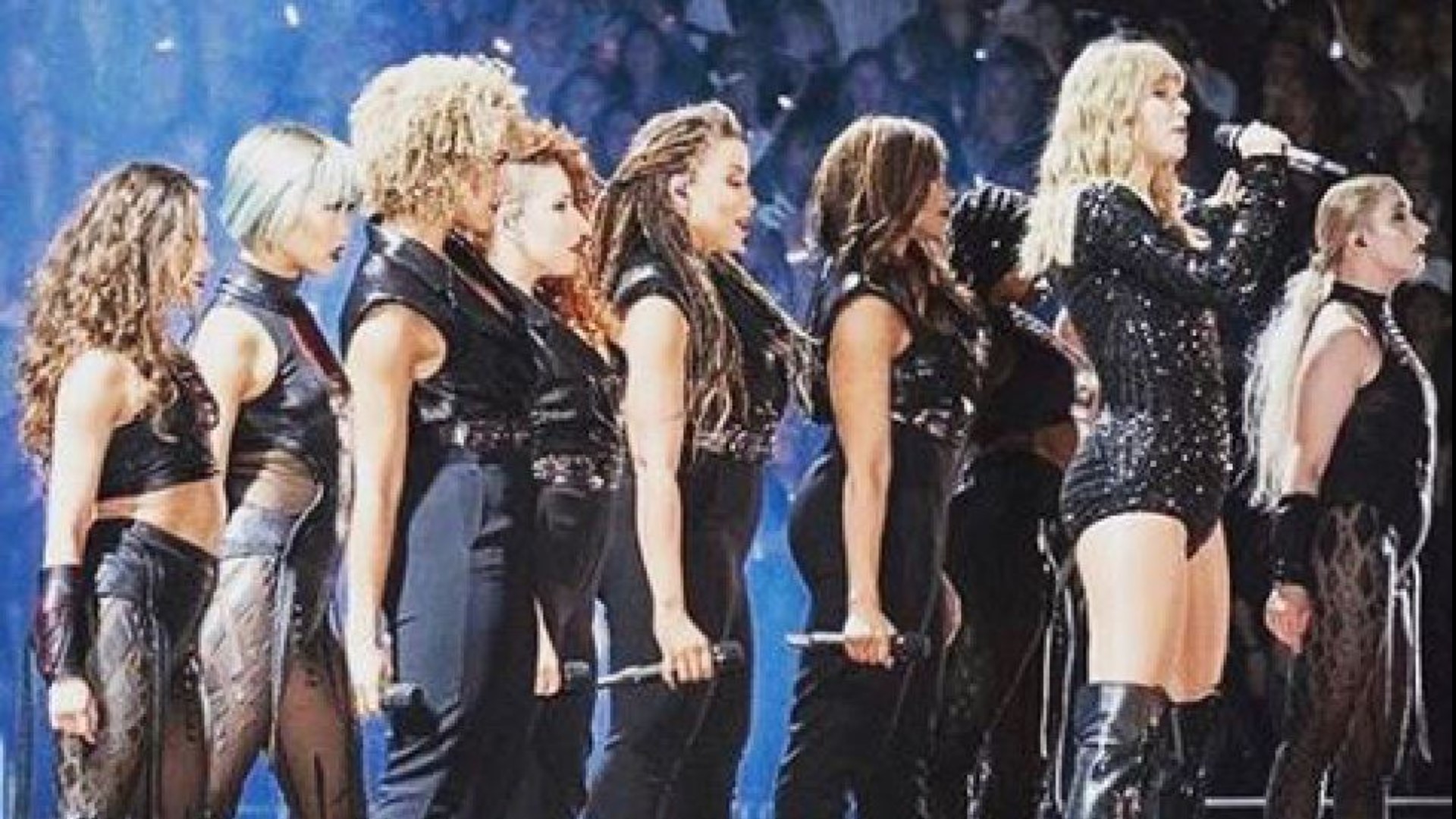 SAN ANTONIO — If you've been to a Taylor Swift concert in the past couple of years, chances are that you've also seen Eliotte Henderson.

From sold-out stadiums to late-night talk shows, the professional singer and dancer has come a long way from her days with the Reagan High School choir.

"It's been a journey that I could've never written or dreamt of or put together," Henderson shares via Skype.

She's been in Los Angeles for nearly a decade, perfecting her skills, honing her craft.

But not long ago, the North East ISD graduate was wowing her teachers and classmates.

Jo Scurlock-Dillard, the former Choir Director at Reagan High School shared how it was clear to see Eliotte's star power even as a teenager.

"We did on the pop show one time...we did 'Defying Gravity' from 'Wicked' and she was beautiful and magnificent and just 'Ahhh!' like 'Woah!'. It was pretty awesome!"

But it wasn't just her singing that made her stand out.

Amanda Jeffries, a childhood friend of Eliotte's and the current Assistant Choir Director at Reagan High School praised Eliotte for her dancing.

While Eliotte was a year younger, Jeffries confessed that she looked up to the young performer.

"She just--- she glowed in every setting that she was in... The way that she carried herself, the spirit that she had for others and just the sheer talent," were among the many qualities Jeffries admired about Eliotte.

Credit: KENS 5
Valeria Sisson coaches her dancers through a series of cheers ahead of the school's Pink Out football game.

And then there's Valeria Sisson. The current Dance and Drill Director at Reagan High School was in her first year of teaching when she met Eliotte, who was already a senior.

Despite only having Eliotte for one year, the intelligent and kind-hearted young woman made a lasting impression on her.

When Taylor Swift's tour came through San Antonio, Sisson was there to watch her former student take the stage.

"So in my mind she was-- it was Eliotte Henderson, this little high school kid, now up on this beautiful gigantic stage with one of the most famous people I can think of and there's fire and there's a runway, and she's singing and dancing. It was probably one of them ost surreal things that I've ever been apart of."

So how does a young girl from San Antonio land the dream job of dancing and singing backup for Taylor Swift?

According to Eliotte, the short answer is work hard and be kind.

"Discipline is so important and if you don't have that, in my opinion, it's a lot more difficult to become successful in life."

Mrs. Skurlock-Dillard agreed, "It doesn't come easy. And that's one of the things we try to tell students that want to go out into the performance world. It doesn't happen overnight. It's only after years and years of work."

As for being kind, Eliotte noted that the entertainment industry is very small and you never know who you may work with down the road.

"Everyone kind of knows each other, so it's like you want to be kind to people. You never know who anyone is. Obviously I don't think that should be your motive, but yeah, be kind. It makes the world a better place."

The long answer to making your dreams come true is a bit more detailed.

In addition to seeking out opportunities to gain more knowledge, such as taking a master class that comes through your town or the next, she suggests staying on top of current events within the professional arts community.

"There's different periodicals that you can subscribe to and read, just to know what's going on and who's working on what and what that type of work is."

Credit: @eliottenicole/Instagram
Eliotte Henderson takes the stage with Taylor Swift and several other performers during a concert.

She also urges young performers to find a mentor.

"I think it's all about being honest with yourself... and knowing what you need to work on. If you're seeking that help, like if you're already taking classes and training, maybe you have an aside with your instructor and tell them, 'Hey, I'm thinking about this. Are there things that I can work on?'"

She continued, "I think people would be surprised about who would support and want to help and reach out, put in the extra time with a student."

And while she may be sharing the stage with megastars and Grammy-award winners, Eliotte hasn't forgotten where she came from or the people who helped her along the way.

Last year, Eliotte stopped by her alma mater to say hello to Jeffries and her choir students. She also stopped by the dance studio to see Mrs. Sisson and her girls.

Recalling that first time she saw Eliotte on tour, Sisson smiles, "I got to give her a big hug after the show and when I gave her that big hug she was the same kid. She was the same, sweet, humble, down-to-earth, just brilliant person. And I think that's one thing I love about Eliotte, is that she's always stayed throughout all of this, she is incredibly humble, she is incredibly sweet, she checks in and you know she hasn't forgotten about the little folks like us."

Fans of the black and white will be happy to know that she hasn't forgotten about the San Antonio Spurs either.

"You're still a Spurs fan I guess?" I asked Eliotte at the end of our video call, which had begun to feel like a call with an old friend.

"Oh, huge!" she laughed, flashing her radiant smile. "Always. like they're the best ever. anyone can fight me on it, I'll take them down. Spurs forever."