The 18-year-old was holding a sign that read 'Let me sing with you!' 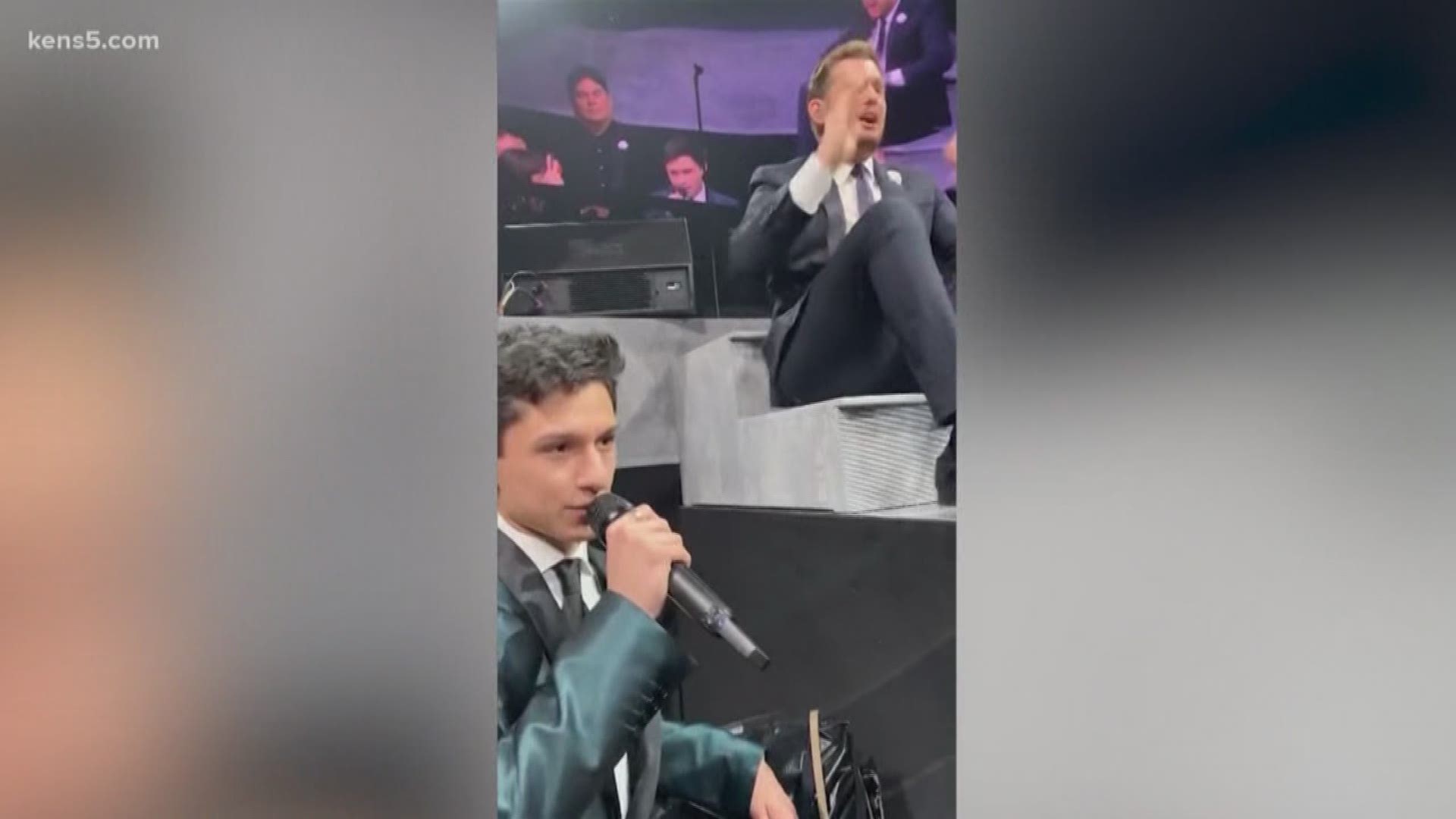 SAN ANTONIO — It was a whirlwind of a night for one San Antonio senior who attended Michael Bublé's concert Wednesday night.

Diego Martinez, 18, was dressed to the nines and holding a sign that read "Let me sing with you!" when he was spotted by the Canadian singer.

Diego responds by saying he likes Dean Martin's, "Ain't That a Kick in the Head."

In the two-minute video, you can see the teen's nerves melt away as he takes the microphone and confidently belts out the jazz classic.

"I just got a surge of energy," Diego Martinez said. "I don’t even remember what I felt right then and there- I don’t think I’ve even processed the whole thing yet- it was pretty nerve-wracking, I’ve only seen this guy on YouTube and my iTunes playlists."

The video ends with the two singers shaking hands as the crowd claps and cheers them on.

While this may have been Diego's first time singing with Bublé, he's certainly no stranger to the stage.

According to his website, the teen has performed at Fiesta events, outdoor shows at the Beethoven Beer Garden, and private parties.

However, everything certainly came full circle last night as Diego says he was inspired "to sing jazz after hearing the music of Michael Bublé and Frank Sinatra."

In a post to Facebook, the young singer wrote, "It was an amazing evening! Truly a dream come true, still can't believe it! I'm honestly at a loss for words."

For more on Diego, you can visit his website.