How to help live music venues survive past the pandemic

Independent music venues across the nation, including dozens in Texas, are asking for support while expecting an extended economic impact. 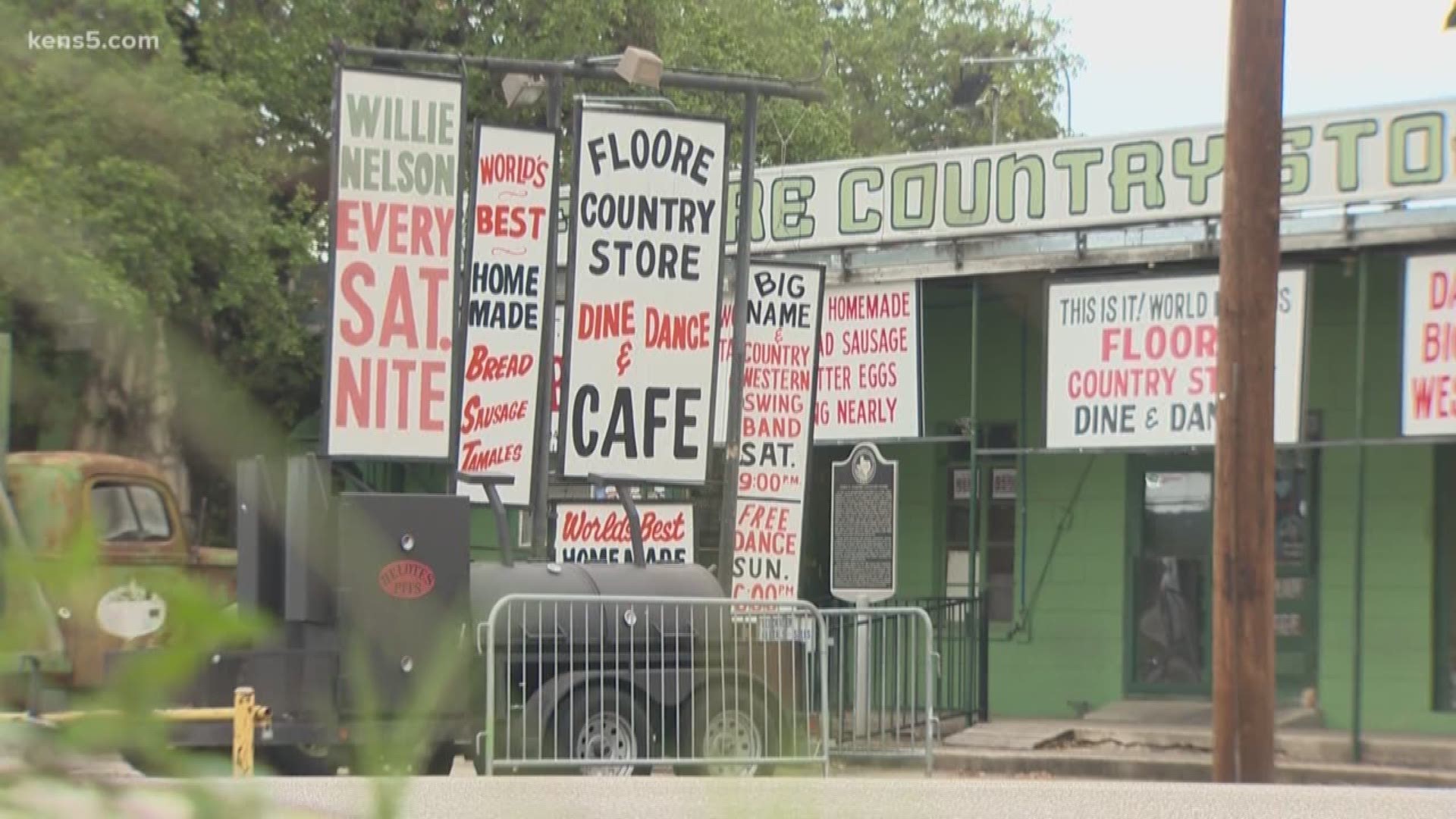 SAN ANTONIO — This time of year, John T. Floore Country Store in Helotes should be holding shows under the stars, often featuring Texas legends in a space that's stood for 75 years.

"Live music is such a huge part of the culture in the state of Texas," said Mark McKinney, a managing partner for Floore's.

But the coronavirus pandemic has prompted concert cancellations and thrust the venue – along with others nationwide – into a state of uncertainty.

"We’re just completely closed, completely closed since mid-March," McKinney said in an interview over Zoom. "Zero revenue, with no real way to change that [currently], and we're now in a holding pattern with what the future holds."

Under many reopening plans – including the City of San Antonio's – large gatherings including concerts will only be allowed after a number of data benchmarks are met, and only under the condition that other restriction rollbacks don't result in substantial increases in cases. Live music venues worry they'll need aid even after other types of businesses are up and running – assuming they make it to that point.

"There’s so many unknowns as this moves forward and what it will look like when we do open," McKinney said. "But in order to ensure there’s a correct level of public health [we'll need changes], and if there’s significantly reduced capacities and extra things put in mind, it isn’t just the businesses getting open – it's that (we) may not be financially viable for a long time. So the need for assistance doesn’t necessarily end when you open at 25 or 50% capacity."

Hundreds of venues facing these scenarios, including dozens in the State of Texas, have banded together as the National Independent Venues Association and launched the "Save Our Stages" effort. NIVA Texas Precinct Captain Blayne Tucker says it's aimed at securing financial assistance and support to help venues stay afloat during closures while changes are made, and as they adjust to an eventual new reality.

"The industry’s number one concern is public safety, health and welfare," Tucker said. "And there’s no way immediately to have those events, standing room only, on a large scale, any time in the next year. Without some kind of assistance, most operators won’t make it out past six months."

Tucker says they're petitioning for changes to the federal Paycheck Protection Program, as well as any additional available assistance or support from federal, state or local leaders.

"Specifically what we’re looking for at the federal level is to modify the PPP legislation for businesses that are most in need," Tucker said. "We want to ensure flexible loan forgiveness, so allowing PPP funds to be used for overhead, rent, mortgage, utilities, insurance, working capital – just to stay afloat. And then as long as businesses are shuttered, allowing businesses to apply for multiple PPP loans during the course of this pandemic; [for example] if it's 12 to 18 months to stay afloat."

They're asking live music lovers to show their support by calling congressional, city and county officials, with guidance on what to ask for here.

Venues of varying sizes will face challenges in the months to come. Even those that do remain able to reopen say they're concerned about what comes next, and what live music will look like in the future.

"If at all, nowhere near what they were before probably until there’s a vaccine- whether that’s a year, whether it's longer," McKinney said. "There’s a lot of unknowns."

Floore's, for one, has decades of history and often attracts large crowds, such as the one scene below for a William Clark Green and Randy Rogers show, shot when the venue was nominated for an American Country Music award. 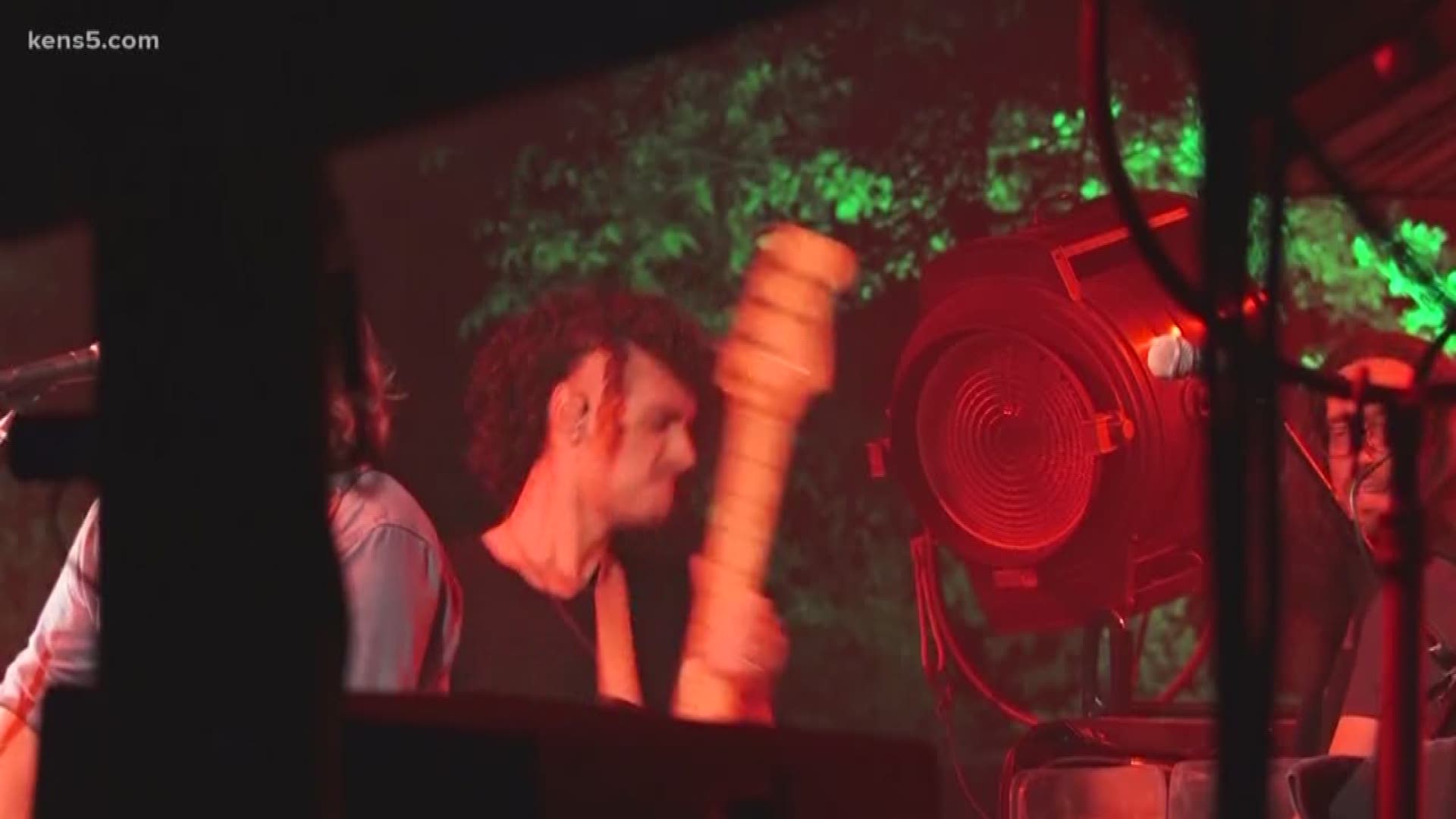 It's tough to picture what a similar event would look like in the future. But for now, they're focused on staying solvent and planning ahead wherever possible.

"Live music and these venues are such a big part of the cultural fabric of communities that I think there’s a lot of people that would like to not see those go away," McKinney said.

Tucker says in addition to the historic and cultural significance of these spaces, the industry contributes billions of dollars' worth of overall economic impact across the State of Texas each year, and accounts for thousands of jobs.

"Beyond just the entertainment value, you’re taking a huge block of economic impact and development out of the community as long as we’re not present," Tucker said.

Even with financial support, it's hard to imagine a clear picture of "the future." But if live music lovers want their favorite venues to be there when they're ready to return, Tucker and McKinney say action is needed now.

"We’re going to be the last to open. And when we open, we’re probably still going to be a long way from what our normal is and that’s the really difficult part," Tucker said. "That could go on for a long time and that’s going to be a challenge, to figure out how that works out in the live music venue for the long run."

To learn more about NIVA's efforts or to get involved, click here.