The Formula 1 U.S. Grand Prix weekend is scheduled for Oct. 22 through Oct. 24, and Joel is slated to take center stage on Oct. 23. 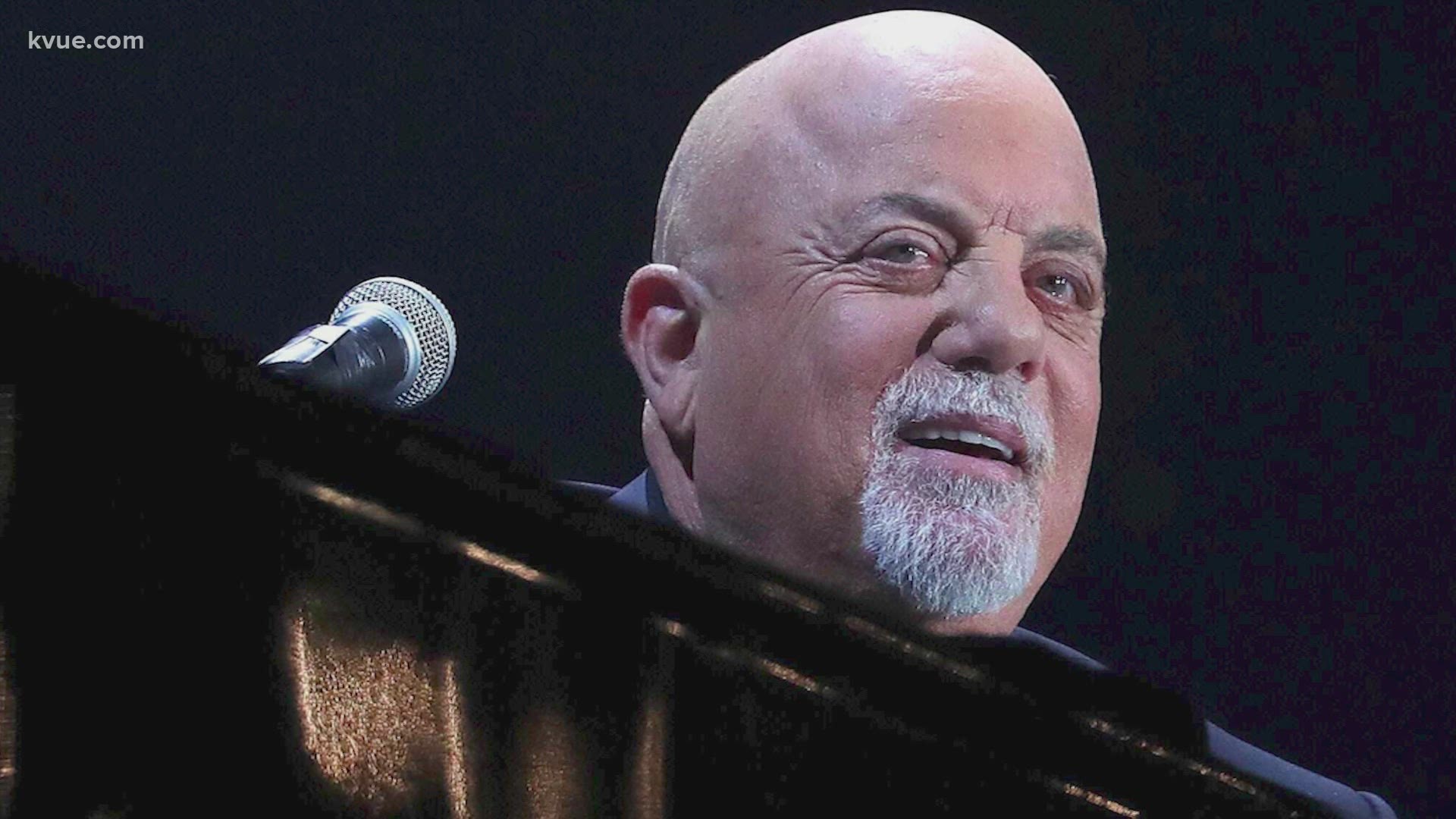 AUSTIN, Texas — American musician Billy Joel will perform at the Circuit of the Americas (COTA) during the Formula 1 U.S. Grand Prix weekend in October, the venue announced Thursday.

The Formula 1 U.S. Grand Prix weekend is scheduled for Oct. 22 through Oct. 24, and Joel is slated to take center stage on Oct. 23.

Rock out at the @F1 #USGP with multi-GRAMMY award-winner Billy Joel on October 23! Get your tickets now: https://t.co/BwhlmwBX2w pic.twitter.com/7A8DUTJMCF

"The cancellation is prudent but painful," COTA chairman Bobby Epstein said in a tweet on July 24. "After a sold-out 2019, advance ticket sale deposits were up nearly 250% over the prior year, and our staff was preparing our biggest year ever. We had secured blockbuster performers for the evening shows and the racing event this is fantastic. I'm disappointed for the fans, COTA employees, our community, and everyone in the Formula One Paddock, as I believe we all look forward to hat has become a wonderful annual tradition. It is my hope that the pandemic will soon pass and we will celebrate 2021 with the greatest Formula One United States Grand Prix ever!"

But later in November 2020, Formula 1 established its 2021 season calendar, which included the U.S. Grand Prix race to take place in Austin.

Visitors from around the world came to Austin to witness the Formula 1 U.S. Grand Prix in November of 2019.

Lewis Hamilton secured his sixth Formula One championship with a second-place finish at the 2019 U.S. Grand Prix, a race won by his Mercedes teammate Valtteri Bottas. The British driver bumped to second in F1 history behind German Michael Schumacher's record seven titles. One driver even donned a Texas Longhorns helmet in the 2019 race.

For tickets to the Formula 1 event, visit COTA's website here.

COTA will also host the NASCAR Cup Series in May.